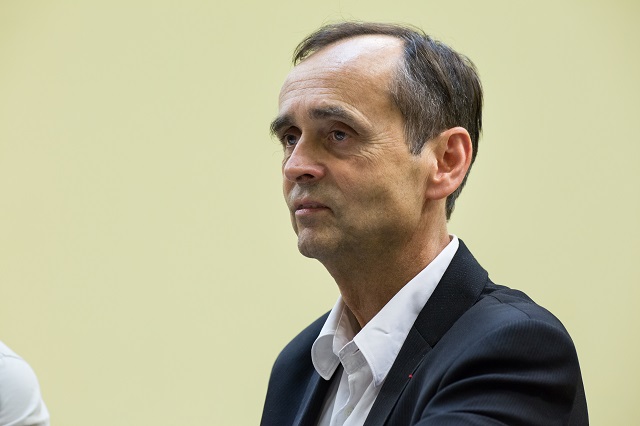 “I just described the situation in my town. It is not a value judgement, it’s a fact.”

Right-wing French mayor Robert Menard is being brought up on charges for making a statement of fact.

A far-right French mayor will be tried on hate charges over comments that include a claim the number of Muslim students in his city was a “problem”, a judicial source said Wednesday.

Robert Menard, who is an ally of France’s anti-immigrant National Front party, will face a charge in a Paris court of incitement to hatred or discrimination, the source said. “In a class in the city centre in my town, 91 percent of the children are Muslims. Obviously, this is a problem. There are limits to tolerance”, he said in September 5 comments on French news channel LCI.

Also in September, on France’s first day back to school, he tweeted his regret at witnessing “the great replacement”, using a term by xenophobic writer Renaud Camus to describe the country’s white, Christian population being overtaken by foreign-born Muslims.

Camus was similarly brought up on charges and hit with a 4,000 euro fine in 2014 after criticizing the Islamization of France.

Menard, who is the mayor of southern France town Beziers, denied his comments were discriminatory.

“I just described the situation in my town,” he told AFP. “It is not a value judgement, it’s a fact. It’s what I can see.”

According to France-based anti-racism group Licra, the trial is set for March 8.

Statements of fact will not be tolerated by our criminal overlords. Comforting lies on the other hand are encouraged. We are witnessing “The Great Replacement” throughout Europe, America, Canada, Australia and New Zealand.

Another Frenchman, writer Jean Raspail, has been called a prophet lately for his 1973 book “The Camp of the Saints” wherein he laid out a scenario in which one million starving, disease ridden Indians arrive on the shores of Europe and ask to be taken in. Rather than send them back, Europeans let them in with open arms determined “to welcome the million Christs on board those ships, who would rise up, reborn, and signal the dawn of a just, new day.”

As a result, Europeans end up losing their societies and their countries and eventually get bred out of existence, all because they refused to say “you have to go back.”

Just as Menard is now being threatened with hate charges, Raspail said during an interview on French television in 2011 he would be thrown in prison today for writing the same book.