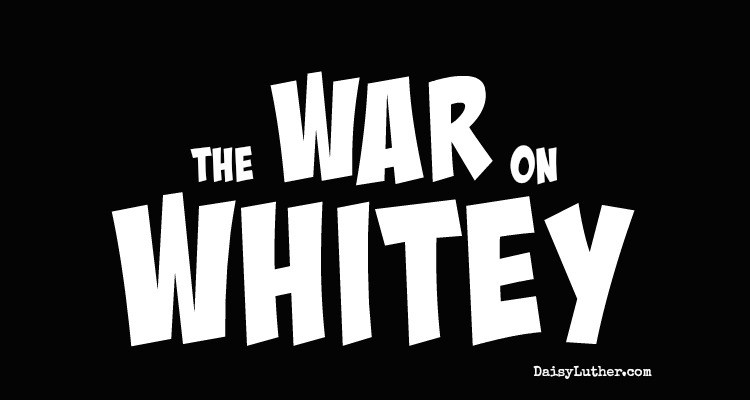 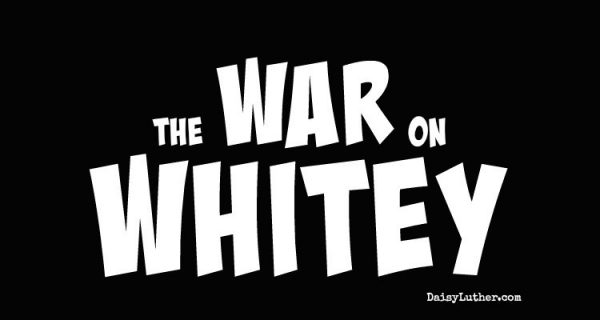 Across the country, schools are causing even more racial division by teaching kids that being white isn’t okay.

From kindergarten through college, kids are being shamed because of their “privilege.” They’re being taught to feel guilty about their race. The education system is brainwashing them into believing that by simply being born to white parents, they are the problem with society. At the same time, by referring to white kids as “privileged,” isn’t it teaching black kids that they are without privilege? That they are somehow born “lesser” to the white kids? That they require some sort of special treatment?

Both of these things are completely unacceptable.

To point out the insane double standard, I thought it might be fun to do an experiment.

I looked for quotes and curriculum that denounce whiteness, and then I switched the around the races. It’s pretty cringe-y either way, but imagine the public outrage if schools were teaching that black kids were inherently bad and should feel ashamed about being black.

Equality only applies to non-white children.

Racism is never okay unless you happen to be denigrating the white members of the classroom. At least that is what the leftist education system seems to be saying.

Take, for example, the teacher in Norman, Oklahoma who told a classroom full of high school students:

“To be white is to be racist, period. Am I racist? And I say yea. I don’t want to be. It’s not like I choose to be racist, but do I do things because of the way I was raised?”

Let’s change that around, shall we?

To be  black is to be racist, period.

Oooh. that doesn’t sound very acceptable, does it?

The school in Norman responded with a statement that did not include an apology for calling the white kids racist, but about how they called them racist. One must assume the treatment will most likely continue.

“Racism is an important topic that we discuss in our schools. While discussing a variety of philosophical perspectives on culture, race and ethics, a teacher was attempting to convey to students in an elective philosophy course a perspective that had been shared at a university lecture he had attended. We regret that the discussion was poorly handled. When the district was notified of this concern it was immediately addressed. We are committed to ensuring inclusiveness in our schools.” – Dr. Joe Siano, superintendent of Norman Public Schools

But Norman, Oklahoma isn’t the only place where they’re teaching kids that white people are racists.

Some schools are starting the anti-white curriculum as early as kindergarten.

A fancy private school in New York City taught children as young as 6 years old that they had been born racist and gave cupcake parties to children of color while excluding the white kids.

Administrators at the Bank Street School for Children on the Upper West Side claim it’s a novel approach to fighting discrimination, and that several other private New York schools are doing it, but even liberal parents aren’t buying it.

They complain the K-8 school of 430 kids is separating whites in classes where they’re made to feel awful about their “whiteness,” and all the “kids of color” in other rooms where they’re taught to feel proud about their race and are rewarded with treats and other privileges…

Now, presto chango. What if a school did this?

…the K-8 school of 430 kids is separating blacks in classes where they’re made to feel awful about their “,” “blackness,” and all the “”  “white kids” in other rooms where they’re taught to feel proud about their race and are rewarded with treats and other privileges…

Holy cow!!!!!! They segregated the black kids and made them feel bad about being black!!!! They’re the KKK. They’re white supremacists. The teachers wear white hoods at that school!

Back to the original NY Post article for a second:

Meanwhile, white kids are herded into separate classrooms and taught to raise their “awareness of the prevalence of Whiteness and privilege,” challenge “notions of colorblindness (and) assumptions of ‘normal,’ ‘good,’ and ‘American’” and “understand and own European ancestry and see the tie to privilege.”

But with a couple of changes:

Meanwhile,  black kids are herded into separate classrooms and taught to raise their “awareness of the prevalence of  blackness…

I imagine rubbing it in that black kids are black would be frowned upon, as would racial stereotyping. For example, what if they used a statistic that said black and Hispanic men make up almost 60% of the prison population, and then told the black and Hispanic kids that by nature of their skin color, they were more likely to end up incarcerated? What if they had whole curriculums warning these kids that they’re destined for prison? Would that be as okay as telling kids they need to become aware of their “whiteness?” Because it’s basically the same thing.

By the way, it isn’t just the fancy Bank Street School teaching this stuff.

Racism against white people is part of some college curriculums too.

The anti-white programming doesn’t stop at high school graduation, either. Across America, colleges and universities are discussing the societal ills caused by white people. Lily Dane of The Daily Sheeple reported:

In the upcoming spring 2017 semester, two taxpayer-funded American universities – the University of Wisconsin-Madison and the University of Colorado Denver – will offer undergraduate courses focused exclusively on how “whiteness” is a serious social problem…

Let’s switch that around:

Oh my God! Our tax dollars are being used to say bad things about black people. Call the ACLU! Call the NAACP! This must be stopped!

Back to The Daily Sheeple:

The University of Wisconsin course is called The Problem of Whiteness…

The University of Colorado’s course is titled Problematizing Whiteness: Educating for Racial Justice…

I’ll bet these courses would not be acceptable at all:

The University of Wisconsin course is called The Problem of Blackness…

The University of Colorado’s course is titled Problematizing Blackness: Educating for Racial Justice.

Northwestern currently offers another 6-part workshop series titled Deconstructing Whiteness. A flier for the program states that the course is intended to answer questions white students might have about race such as “Why do I have to feel guilty about being white?” or “How can I talk about race as a white person?” or “What does it mean to be white?”

But what if the workshop was about the horrors of being black?

Northwestern currently offers another 6-part workshop series titled Deconstructing Blackness. A flier for the program states that the course is intended to answer questions black students might have about race such as “Why do I have to feel guilty about being black?” or “How can I talk about race as a black person?” or “What does it mean to be black?

One of the (many) reasons I pulled my daughter out of public high school was that they had the kids filling out demographic information on a weekly basis for various state-standard assignments. But “white” and “caucasian” were not options. For some reason, my daughter had to choose “other” as her race. She was bothered by this and made her own check box with her own race.

I received call after call from the school about her “uncooperativeness.” They wanted me to coerce her into checking the “other” box. Instead, I pulled her out of that ridiculous system and we began homeschooling/unschooling. I’m lucky that I’m in a position to do that, but many parents are not, and their kids are subjected to this anti-white brainwashing 5 days a week.

These days, it’s socially acceptable to belittle, degrade, and cause guilt to people who are white. But when you turn that stuff around and make it about people of color, it would be horrifying to most people, myself included.

This is not okay. It just causes more division.