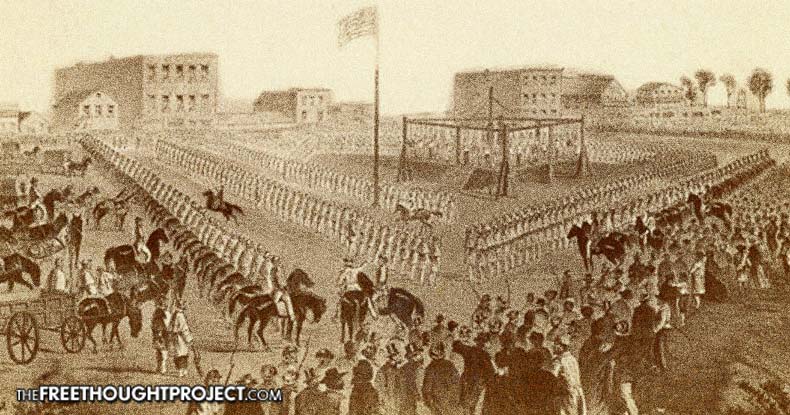 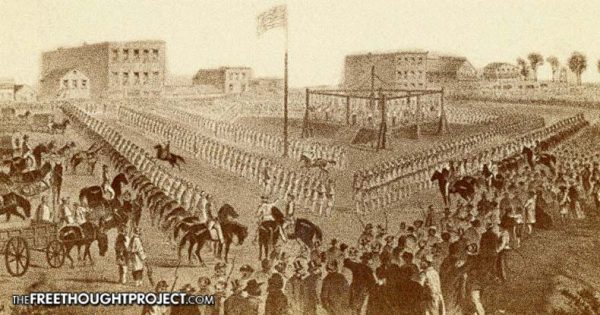 Mankato, MN — Yesterday, December 26, marked the 154th anniversary of the largest mass execution in U.S. government history — 38 Dakota men were publicly hanged in Mankato, Minnesota, in 1862 for their role in the war between the two sovereign nations.

Historians and attorneys examining the history of this gruesome act by the State say the justification lacked for the execution of these warriors — and the United States government did not provide a fair trial.

Considering the U.S.’ history in dealing with those indigenous to the land, that assessment hardly comes as a shock — also unsurprising is its lingering trauma on the Dakota people and other Native American Nations to this day.

“The trials of the Dakota were conducted unfairly in a variety of ways,” noted University of Minnesota associate professor, Carol Chomsky. “The evidence was sparse, the tribunal was biased, the defendants were unrepresented in unfamiliar proceedings conducted in a foreign language, and authority for convening the tribunal was lacking. More fundamentally, neither the Military Commission nor the reviewing authorities recognized that they were dealing with the aftermath of a war fought with a sovereign nation and that the men who surrendered were entitled to treatment in accordance with that status.”

For six weeks during the late summer of 1862, a war raged between members of the Dakota nation and the U.S. military in southern Minnesota, largely due to broken treaty promises — and particularly over promises of sufficient food and supplies for the Indigenous peoples.

Many Dakota, however, chose not to participate in the battle, instead, either staying away or protecting white settlers from their enraged brethren.

According to one albeit biased website on the history of the war:

“There were a number of factors which contributed to the Dakota Uprising in 1862. Life was changing for the Dakota as both fur-bearing and game animals, upon which they depended, were getting scarce. It is likely that the Dakota had expected that they would be able to live off the proceeds from selling their land to the U.S. government, via the treaties of 1851 and 1858, but it was not working out that way.”

In fact, the government had broken a number of promises, but appeared to be playing favorites with those willing to bend to its specific goals, as another source on the topic reported:

“Hunger was widespread throughout Dakota lands in Minnesota. Since crops had been poor in 1861, the Dakota had little food stored for the ‘starving winter’ of 1861-62. Their reservation supported no game, and increasing settlement off the reservation meant more competition with Euro-Americans hunting for meat. Reports about government agents’ corrupt treatment of the Dakota were ignored. Factionalism continued among the Dakota, as those who maintained traditional ways saw that only those who had acculturated were reaping government support. Finally, a delayed treaty payment made traders nervous, and many of them cut off credit to Dakota hunters. Indian Agent Thomas Galbraith refused to distribute food to the Dakota, and though Dakota farmers shared food with their relatives throughout the summer of 1862, it wasn’t enough.”

Of course the situation looked particularly grim from the Dakota perspective, as the government had corralled the populace into a specific area, and settlers continued to flood the previously sparsely populated area. Taoyateduta, or Little Crow — Mdewakanton Dakota — penned a letter to Galbraith that year, cautioning what might be on the horizon should their situation not be alleviated:

“We have waited a long time. The money is ours but we cannot get it. We have no food but here these stores are filled with food. We ask that you, the agent, make some arrangement so we can get food from the stores, or else we may take our own way to keep ourselves from starving. When men are hungry, they help themselves.”

Fighting shortly ensued — and all told, hundreds of Dakota, settlers, and U.S. soldiers died over the course of the war — and hundreds of Dakota warriors were arrested and sentenced to death, primarily for killing civilians not involved in fighting.

President Abraham Lincoln ultimately spared the lives of the majority of the accused — except for 38 men.

An utterly gruesome description of the public hanging appeared in the New York Times shortly after it occurred, stating, as cited by the Minnesota Star Tribune,

“Their caps were now drawn over their eyes, and the halter placed about their necks. Several of them feeling uncomfortable, made severe efforts to loosen the rope, and some, after the most dreadful contortions, partially succeeded. The signal to cut the rope was three taps of the drum. All things being ready, the first tap was given, when the poor wretches made such frantic efforts to grasp each other’s hands, that it was agony to behold them. Each one shouted out his name, that his comrades might know he was there. The second tap resounded on the air. The vast multitude were breathless with the awful surroundings of this solemn occasion. Again the doleful tap breaks on the stillness of the scene. Click! goes the sharp ax, and the descending platform leaves the bodies of thirty-eight human beings dangling in the air.”

To commemorate that startling event — and to attempt to begin a collective recovery of the historical grief associated with it and generally the actions of settlers and the U.S. government against Indigenous Americans — 38 people each year ride on horseback across North Dakota and Minnesota to Mankato.

“The past is really, really traumatic,” said Sarah Weston, member of the Flandreau Santee Sioux Tribe and co-director of Dakota 38, a film chronicling and discussing the ride. “But we’re going to reach our hand out and say that we forgive. Because when you’re not in a forgiveness place, you’re linked to that person or that trauma for the rest of your life, all day long. And so by forgiving we’re no longer linked to that.”

This year, some of the riders left directly from encampments opposing the Dakota Access Pipeline near the Missouri River in North Dakota — where scabs have been picked once again for the Standing Rock Sioux Tribe, who are currently in a desperate race to protect their drinking water supply.

Also unshockingly, that battle — more than a century and a half later — also concerns broken treaties and promises from a government seemingly callous to anything but its own interests.

Remembering this lurid and wholly unjustified public killing — the mass execution — of 38 people is absolutely imperative in presenting a more accurate depiction of the bloody and ghastly history of this country straight. Without the knowledge of what’s actually occurred over time, there can be no way for us all to move forward from a place of understanding to ensure such atrocities will not repeat in a new and potentially equally horrific manner.

If we don’t learn the lessons of history, we’re doomed to repeat them — but if we never know the actual history, such preventive measures are impossible.

The full version of Dakota 38 can be seen below: