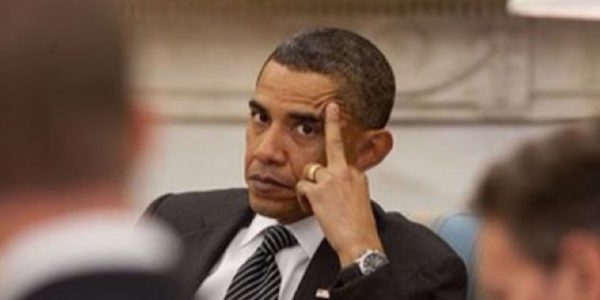 “Power is in tearing human minds to pieces and putting them together again in new shapes of your own choosing.”

Orwell could see what was coming down the line in terms of tyranny, and though it took a little more time to root into what it is now past 1984, there is no doubt the seeds were sown a long time prior to 1984

in the united States. Enter the 2017 National Defense Authorization Act (NDAA). Barack Hussein Obama Soetoro Soebarkah, once again, signed this bill late on Friday evening, which authorizes $611 billion in military spending and in it contains elements that should concern anyone who considers freedom of speech and freedom of the press to be invaluable in keeping corrupt government in check.

Notice that I said this was “military spending,” not defense spending. As former Texas Ron Paul has said, we spend tons on the military to uphold an empire, which is unconstitutional rather than merely spending for a constitutional defense. Contained in that spending is a national defense, of course, but there are literally hundreds of billions of dollars spent to maintain the US empire across the globe.

Today, I have signed into law S. 2943, the “National Defense Authorization Act for Fiscal Year 2017.” This Act authorizes fiscal year 2017 appropriations principally for the Department of Defense and for Department of Energy national security programs, provides vital benefits for military personnel and their families, and includes authorities to facilitate ongoing operations around the globe. It continues many critical authorizations necessary to ensure that we are able to sustain our momentum in countering the threat posed by the Islamic State of Iraq and the Levant and to reassure our European allies, as well as many new authorizations that, among other things, provide the Departments of Defense and Energy more flexibility in countering cyber-attacks and our adversaries’ use of unmanned aerial vehicles.”

The bill also contained what appears to be anti-First Amendment language as well. As Tyler Durden of Zero Hedge points out:

Recall that as we reported in early June, “a bill to implement the U.S.’ very own de facto Ministry of Truth had been quietly introduced in Congress. As with any legislation attempting to dodge the public spotlight the Countering Foreign Propaganda and Disinformation Act of 2016 marks a further curtailment of press freedom and another avenue to stultify avenues of accurate information. Introduced by Congressmen Adam Kinzinger and Ted Lieu, H.R. 5181 seeks a “whole-government approach without the bureaucratic restrictions” to counter “foreign disinformation and manipulation,” which they believe threaten the world’s “security and stability.”

Also called the Countering Information Warfare Act of 2016 (S. 2692), when introduced in March by Sen. Rob Portman, the legislation represents a dramatic return to Cold War-era government propaganda battles. “These countries spend vast sums of money on advanced broadcast and digital media capabilities, targeted campaigns, funding of foreign political movements, and other efforts to influence key audiences and populations,” Portman explained, adding that while the U.S. spends a relatively small amount on its Voice of America, the Kremlin provides enormous funding for its news organization, RT.

“Surprisingly,” Portman continued, “there is currently no single U.S. governmental agency or department charged with the national level development, integration and synchronization of whole-of-government strategies to counter foreign propaganda and disinformation.”

Long before the “fake news” meme became a daily topic of extensive conversation on such discredited mainstream portals as CNN and WaPo, H.R. 5181 would task the Secretary of State with coordinating the Secretary of Defense, the Director of National Intelligence, and the Broadcasting Board of Governors to “establish a Center for Information Analysis and Response,” which will pinpoint sources of disinformation, analyze data, and — in true dystopic manner — ‘develop and disseminate’ “fact-based narratives” to counter effrontery propaganda.

In short, long before “fake news” became a major media topic, the US government was already planning its legally-backed crackdown on anything it would eventually label “fake news.”

Fast forward to December 8, when the “Countering Disinformation and Propaganda Act” passed in the Senate, quietly inserted inside the 2017 National Defense Authorization Act (NDAA) Conference Report.

And now, following Friday’s Obama signing of the NDAA on Friday evening, the Countering Disinformation and Propaganda Act is now law.

“And so, with the likes of WaPo having already primed the general public to equate ‘Russian Propaganda’ with ‘fake news’ (despite admitting after the fact their own report was essentially ‘fake‘), while the US media has indoctrinated the public to assume that any information which is not in compliance with the official government narrative, or dares to criticize the establishment, is also ‘fake news’ and thus falls under the ‘Russian propaganda’ umbrella, the scene is now set for the US government to legally crack down on every media outlet that the government deems to be ‘foreign propaganda,'” Durden added. “Just like that, the US Ministry of Truth is officially born.”

Indeed, Congress is no at liberty to write any law concerning speech or freedom of the press. If something is false, then it can be dealt through civil court via the offended party. However, the First Amendment is clear:

“Congress shall make no law…”

It looks like the real criminals are those who passed this bill and the known usurper and criminal in the White House who signed this pretended legislation as though it were a part of national defense when it is actually an attack on our freedoms, just like it has been in in the past.