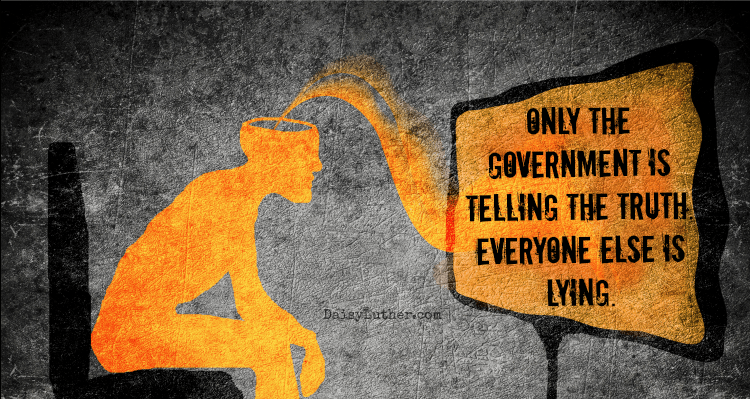 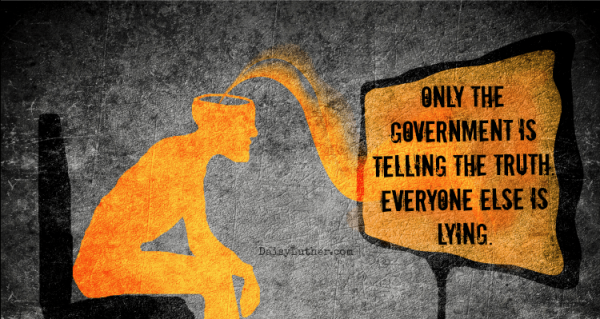 Only the government is telling the truth now. Everyone else is lying. We know this because of the  “Countering Disinformation and Propaganda Act” that President Obama signed into law this weekend while everyone was enjoying Christmas.

It was part of this year’s NDAA, which has been customarily signed over the holidays because it tends to contain things that we won’t like.

I really wish he’d just gotten us some socks and a box of stale chocolate.

The government likes to pretend that the NDAA is all about spending, but they always sneak in some zingers.

The National Defense Authorization Act (NDAA) is a United States federal law specifying the budget and expenditures of the United States Department of Defense. Each year’s act also includes other provisions. (source)

For example, a few years back, the Indefinite Detention Act was signed into law as an attachment on the NDAA, also, stealthily during the Christmas holiday season.

The most recent version of the NDAA contained a budget of $61 billion for military spending in 2017 and a law against “disinformation.”

Let’s discuss the grand irony of the US government.

First, the government legalized their own use of propaganda by overturning the Smith-Mundt Act in 2013.

It’s being branded by proponents as an attempt at transparency, but critics of a new law say the United States government just got the green-light to use propaganda made for foreign audiences on the American public…

…The Smith-Mundt Act has ensured for decades that government-made media intended for foreign audiences doesn’t end up on radio networks broadcast within the US. An amendment tagged onto the National Defense Authorization Act removed that prohibition this year, however, and as of earlier this month those news stories meant for nations abroad can now be heard easily by American ears. (source)

And now, they’ve created an act to “counter” propaganda.

Recall that as we reported in early June, “a bill to implement the U.S.’ very own de facto Ministry of Truth had been quietly introduced in Congress. As with any legislation attempting to dodge the public spotlight the Countering Foreign Propaganda and Disinformation Act of 2016 marks a further curtailment of press freedom and another avenue to stultify avenues of accurate information. Introduced by Congressmen Adam Kinzinger and Ted Lieu, H.R. 5181 seeks a “whole-government approach without the bureaucratic restrictions” to counter “foreign disinformation and manipulation,” which they believe threaten the world’s “security and stability.”

…Long before the “fake news” meme became a daily topic of extensive conversation on such discredited mainstream portals as CNN and WaPo, H.R. 5181 would task the Secretary of State with coordinating the Secretary of Defense, the Director of National Intelligence, and the Broadcasting Board of Governors to “establish a Center for Information Analysis and Response,” which will pinpoint sources of disinformation, analyze data, and — in true dystopic manner — ‘develop and disseminate’ “fact-based narratives” to counter effrontery propaganda.

In short, long before “fake news” became a major media topic, the US government was already planning its legally-backed crackdown on anything it would eventually label “fake news.” (source)

Are we witnessing the death of a free press?

Obviously, this game has been planned for years, and our government has been patiently moving the chess pieces around the board.

This makes it even more blatant that the ProporNot story published by the Washington Post was itself, propaganda. It was the beginning of the take-down of independent media in the United States.

With the “Countering Disinformation and Propaganda Act,” media dissent against the government can now legally be deemed “foreign propaganda.”  If you thought the truth was hard to find before, you haven’t seen anything yet.