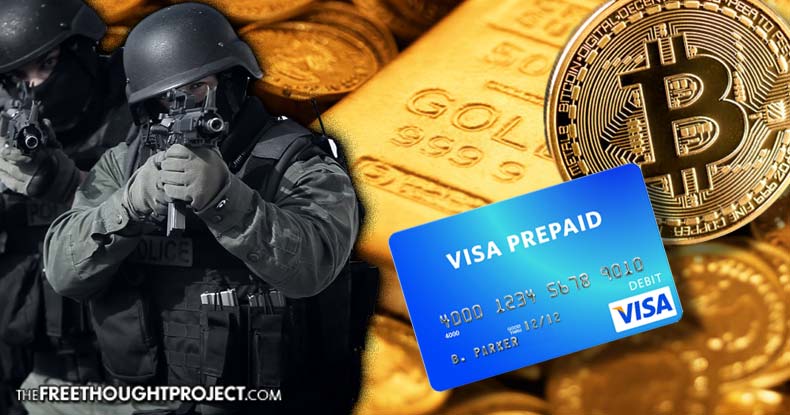 Following exceedingly unpopular moves by China and India, the European Commission has now proposed to tighten controls on cash and precious metals — going so far as to allow confiscations of gold and assets — of anyone even believed to be associated with terrorism or terrorists.

These confiscations and strictures around personal wealth would be part of the European Union’s “action plan against terrorist financing,” proposed following the terrorist attacks on Paris in November 2015 — except the impetus to apply the measures came when a truck plowed through a bustling Christmas market in Berlin on December 19, killing 12 people and injuring scores more.

It appears the Commission surreptitiously proposed tighter controls on cash and precious metals after the market attack but in just before the holidays — possibly to avoid an acrimonious backlash.

“Under the new proposals, customs officials in European Union states can step up checks on cash and prepaid payment cards sent by post or in freight shipments.”

But travelers to Europe won’t avoid the clamp down, as the report continues:

“Authorities will also be able to seize cash or precious metals carried by suspect individuals entering the EU.

“People carrying more than 10,000 euros [slightly over $10,450] in cash already have to declare this at customs when entering the EU. The new rules would allow authorities to seize money below that threshold ‘where there are suspicions of criminal activity,’ the EU executive commission said in a note.”

According to Reuters, the European Commission is debating whether to implement an EU-specific “terrorist finance tracking programme” to mirror one already in place between the EU and the United States, which, Reuters notes, “has long been opposed by EU lawmakers and privacy campaigners because it allows widespread checks on consumers’ bank transfers.”

Interesting, the U.S. Department of Treasury — upon implementation of the American terrorist financial tracking plan — wrote what seems, in retrospect, as if it were trying to convince itself of the plan’s merit, stating:

“This is exactly the kind of program that Americans want and expect from their government to prevent further terrorist attacks.”

But the Commission didn’t stop there.

Also proposed are common rules among the 28 member nations to freeze “terrorists’ financial resources” — and confiscating the financial assets of anyone even thought to be associated with criminals.

But the European Commission’s plans get even darker from there, because — despite the ostensible targeting of terrorists and criminals — its proposals leave innocent citizens at risk of being unjustly accused and losing significant personal wealth.

To wit, anyone who wishes to make a payment of €150.00 [$156.85] or more using a prepaid card will be forced to show identification in order to complete the transaction.

Reuters explains the plans complement previous proposals following the Paris attacks seeking “to tighten controls on virtual currencies such as bitcoin, and prepaid cards, which French authorities said were used to fund the bombings.”

Another proposal proffered in this putative fight against terrorism criminalizes money laundering for the first time — particularly in regard to virtual currency — and the EU will study whether bitcoin should be more strictly regulated.

Note the undertones in these proposals say nothing of first identifying individual criminals or terrorist cells, and proceeding to address only their finances — rather, the proposals cover everyone, all citizens — intimating the true targets are the assets of ordinary Europeans, whether intentionally or as a casualty of the repressive measures.

“There are clear signs that in a very convoluted way, possession of gold for investment purposes will be made illegal,” Zero Hedge warned. “Expect capital controls to follow.”

While any one of this group of proposals would make advocates of personal liberty cringe, every one of the 28 member nations has backed the plan — it now awaits approval from the European Parliament.

“In the future, all EU member states will recognize the seizure of terrorists’ assets or the freezing of accounts in every EU country,” asserted EU Justice Commissioner Vera Jourova, according to Deutsche-Welle.

Accounts will be frozen within 48 hours of notice being given, Jourova explained, adding, “Loopholes must be closed.”

Overbearing and unusually restrictive, it hasn’t been made clear by any officials whether the proposed measures would be effective at shutting down terrorist networks — or even preventing a single attack.

Yet gold, precious metals, cash, bitcoin, prepaid cards over basically $150, and bank accounts, particularly if you are unusually wealthy, could now be seized by the State at a moment’s notice and without warning — if the government has so much as an inkling you’re up to no good.