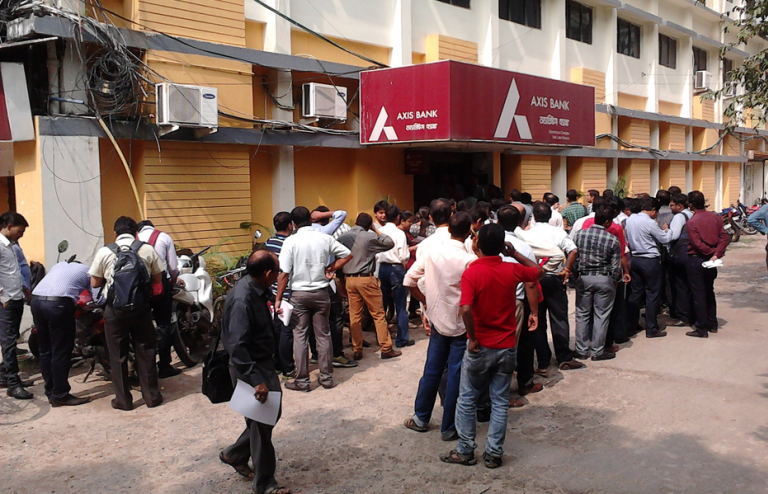 Is it any coincidence that the financial crises, and the subsequent restrictions, follow the general chaos and upheaval that surround hotspots and conflict zones?

The European Union has once again been confronted with a major terror attack, and is coming down harsh on cash, gold and other valuables as a response. Due to its supposed connection to financing terrorism, cash and gold are being closely monitored and seized as it flows into the EU.

Meanwhile, economic crisis driving extremely tight cash control measures in Venezuela, India and other parts of the developing world. In the name of combating illicit financial activities, these countries have banned nearly all of the currency, while placing a very short leash around their already impoverished populations.

The United States, too, is under a great deal of economic pressure. Enormous mounts of debt, rising interest rates and a number of massive bursting bubbles, could explode into a major crisis. While there are already fairly tight restrictions on transferring, withdrawing or crossing borders with large amounts of cash, even great restrictions may be coming.

Harvard’s Mossavar Rahmani Center for Business and Government, which I am privileged to direct, has just issued an important paper by senior fellow Peter Sands and a group of student collaborators. The paper makes a compelling case for stopping the issuance of high denomination notes like the 500 euro note and $100 bill or even withdrawing them from circulation.

These are difficult times in Europe with the refugee crisis, economic weakness, security issues and the rise of populist movements… Even better than unilateral measures in Europe would be a global agreement to stop issuing notes worth more than say $50 or $100.

It isn’t just summers. Janet Yellen, the IMF, and several leading papers have all advocated these measures. Now, these things are starting to happen around the world.

Investing.com sees a global cash ban accelerating in 2017, and possibly impacting transactions at home in the United States:

The big theme for 2017 will be Cash. Not a pro-deflationary “time to own cash” theme, but a “let’s ban it as quickly as possible” theme […] Which is why 2017 will shape up to be the year of the Global Cash Bans.

Cash is being restricted as a means of maintaining control over the citizenry. Long lines, withdraw limits, capital controls, will all define the use of cash during the crises to come.

Look at what has happened:

• Venezuela – At least they have a good excuse, as they are in the midst of an exploding hyperinflationary currency crisis. President Maduro has forced everyone to dump their notes in the bank, and wait in even longer lines, and go through even more bureaucracy in order to secure food and other necessities in this failing economy.

Many have been forced to open bank accounts for the first time, or operate in the black market sector. It has been extremely inconvenient for an already burdened people:

It is not the sort of quantitative easing approach you will read about in any economic textbooks, but Venezuelan President Nicolás Maduro has apparently found an innovative way to halt his country’s slide into hyperinflation.

Over the weekend, Maduro abruptly outlawed the 100-bolivar bank note, the largest denomination of the country’s currency, giving Venezuelans until Thursday to deposit or exchange the bills before they are rendered worthless. Calling the bills instruments of an “economic coup” to destabilize his government, he said the move would strike a blow at “international mafias” that have been hoarding the cash. (source)

• India – With one and quarter billion people, the government is forcing its poor people and backwards economy to conform to banking standards. Individuals have been forced to line up and deposit 500 and 1000 rupee notes, worth something like $7.50 and $14.70 dollars, respectively, as they are no longer legal for market transactions. Most of these people don’t have bank accounts – a crisis is now underway.

The 7th largest country in the world by GDP (India) banned physical cash in denominations that comprise over 80% of all outstanding bills.

The move was a political disaster… temporarily, but no one was forced out of office and the legislation remains in place.

This forceful policy has forced hundreds of millions to find their way into the banking sector, as a full half of the country’s workforce, in the informal market, have been put into a bind. The entire situation has been a nightmare.

Since the ban was announced, not only have people stood in long lines to get money, banks are also not handing out the amount that customers demand as they run out of money faster than it is replaced.

It is a financial lockdown that has seriously impacted the lower and middle classes in the huge expanses of India, where some 98% of all transactions take place in cash.

On Nov. 8, the Indian government announced an immediate ban on two major bills that account for the vast majority of all currency in circulation. …In the two weeks after the measure was announced, millions of Indians stricken with small panic rushed out to banks; A.T.M.s and tellers soon ran dry. Some 98 percent of all transactions in India, measured by volume, are conducted in cash. …So far its effects have been disastrous for the middle- and lower-middle classes, as well as the poor. And the worst may be yet to come. (source)

These are not just third world problems; serious cash restrictions are happening in highly industrialized Western countries as well.

Europe has already shifted largely into the digital sphere, and are now targeting the influence of cash as part of its security strategy.

• European Union – After the latest round of terror attacks in Berlin and across Europe, the European Commission is instituting unprecedented cash controls, clamping down on the influx of cash and precious metals that they fear could be used in terror financing. This amounts to even more restrictions on everyone else who isn’t a terrorist.

The European Commission proposed tightening controls on cash and precious metals transfers from outside the EU on Wednesday, in a bid to shut down one route for funding of militant attacks on the continent.

Under the new proposals, customs officials in European Union states can step up checks on cash…

People carrying more than 10,000 euros ($10,400) in cash already have to declare this at customs when entering the EU. The new rules would allow authorities to seize money below that threshold “where there are suspicions of criminal activity,” the EU executive commission said in a note.

The Commission is also considering whether to set up an EU-focussed “terrorist finance tracking program” along the lines of the U.S.-EU TFTP, which has long been opposed by EU lawmakers and privacy campaigners because it allows widespread checks on consumers’ bank transfers.

The Commission is also proposing … confiscating assets even from those thought to be connected to criminals [… and…] holders of prepaid cards would have to show some form of identity when they make payments of 150 euros or more.

And there are, of course, already many restrictions on cash in many countries in Europe, as Investing.com notes:

There are many pretexts for tightening cash, placing limits on spending, and increasing surveillance on people who use large amounts of it.

All of it will curb freedom, and force digital market transactions, backed by biometric identification, tracking and verification.

And it is coming home to America.