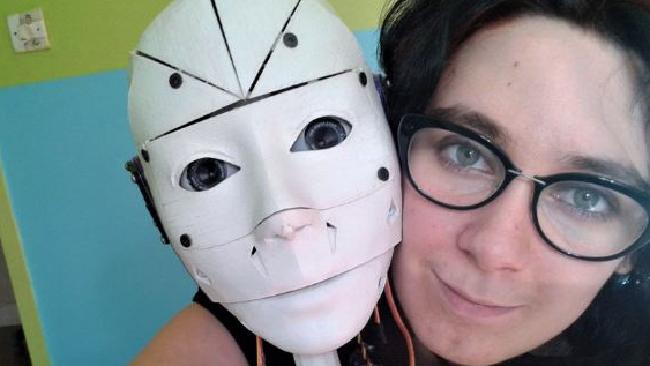 So, this is a thing now. 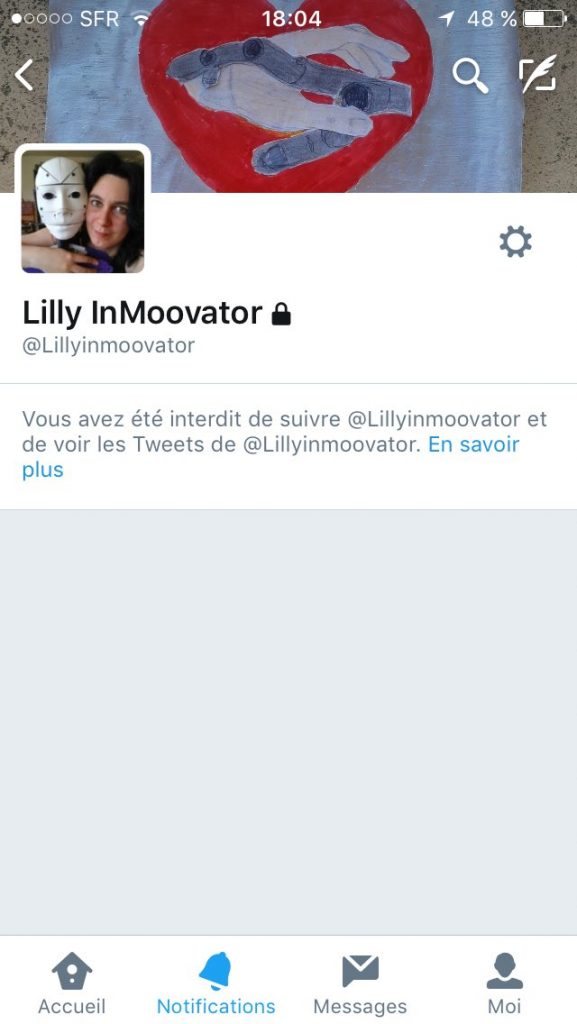 It would appear her account has been deleted at this time, some say due to cyberbullying after “coming out” as a robosexual.

The woman above, who goes by the name ‘Lilly InMoovator’ online, just finished making the rounds doing interviews declaring herself a “proud robosexual” who has used a 3D printer to create her future husband who she’s been living with now for a year.

‘I’m really and only attracted by the robots,’ she said. However, she declined to say whether she and InMoovator have a sexual relationship…

Her family and friends have accepted her unusual relationship, she said, although not everyone in her life understands. Lilly, who is training to become a roboticist, believes her relationship will improve further as technology evolves.

Lilly also told News.Au.com, “I’m really and only attracted by the robots. My only two relationships with men have confirmed my love orientation, because I dislike really physical contact with human flesh.”

Well, whatever floats her boat. According to experts, humans will be marrying robots within 35 years.

Best-selling author Dr. David Levy told the second “Love and Sex with Robots” conference in London (also a thing, apparently) that, “The first marriage [between a human and a robot] will be before, not after 2050.”

Although, the creepy question remains… is it truly consensual? 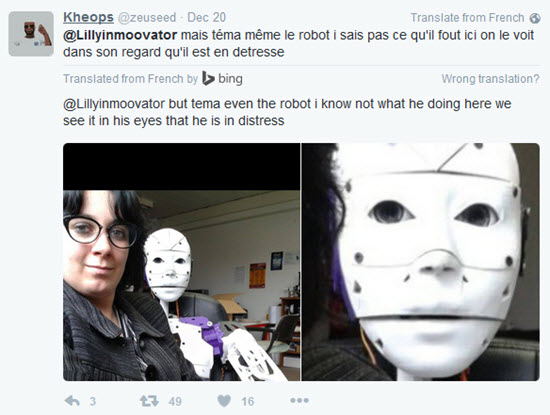