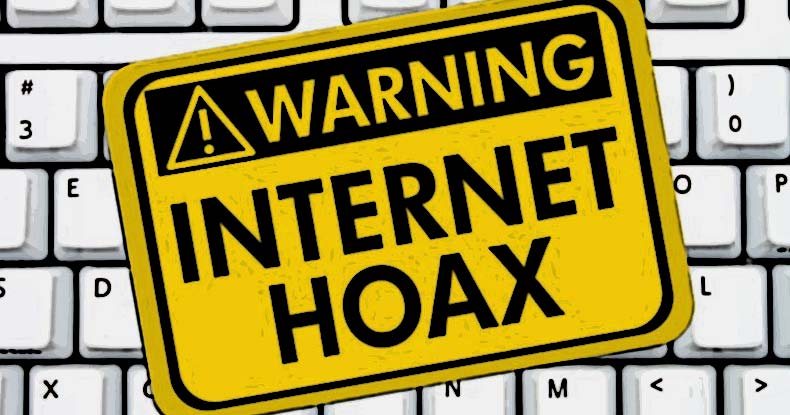 In fact, as journalist Glenn Greenwald countered in The Intercept, the Guardian’s Ben Jacobs cherry-picked specific details to create a fictionalized account of the actual la Repubblica interview with Assange in order to fit a preordained narrative favorable to the American political establishment.

In short, corporate media is guilty of publishing fraudulent clickbait — Fake News — the exact thing it claims to be waging a war against.

“Despite how much online attention it received, Jacobs’ Guardian article contained no original reporting,” Greenwald writes. “Indeed, it did nothing but purport to summarize the work of an actually diligent journalist: Stefania Maurizi of the Italian daily la Repubblica, who traveled to London and conducted the interview with Assange. Maurizi’s interview was conducted in English, and La Repubblica published the transcript online. Jacobs’ ‘work’ consisted of nothing other than purporting to re-write the parts of that interview he wanted to highlight, so that he and the Guardian could receive the traffic for her work.”

Characterizing the piece as “shoddy” and “misleading,” Greenwald points out Jacobs’ efforts to align Assange with Russian President Vladimir Putin amount to wishful thinking — yet the insertion of that narrative purposefully implants in the reader’s mind a damaging and wholly false alliance.

Claims by unnamed officials from the CIA alleging Russian agents hacked the Democratic National Committee and Hillary Clinton campaign chair John Podesta’s emails have been presented by the corporate press as if proven true — yet no evidence has surfaced to back the allegations.

Wikileaks and Assange have been repeatedly relegated to the status of Russian actors by the mainstream media since the outlet published documents brutally damaging to the Democratic establishment and Clinton.

Rather than examining the contents of documents leaked to the publishing outlet, the political left has undertaken considerable effort to pin blame for the election of Donald Trump on Russia. Plastering the scarlet letter of Russian propaganda against nearly every outlet daring to report the contents of the leaked documents serves to scapegoat corruption and collusion, while libeling legitimate organizations for the benefit of the moot political establishment.

Damning though Jacobs’ article for the Guardian might appear, it’s pure nonsense.

Indeed, as the Guardian reported, “The releases were highly damaging to Clinton, and US intelligence officials now believe they were hacked by Russia and passed to WikiLeaks to boost Trump’s bid for the White House. Assange has repeatedly declined to be drawn on the source of the hacked emails he published.”

Qualifying the published emails as “hacked” forgets that Assange and former and present members of the U.S. Intelligence Community have emphatically stated the documents were leaked from an inside source.

Additionally, the Guardian had to perform gymnastics to falsely claim Assange offered “guarded praise” for Trump — when, in fact, Maurizi merely asked for his assessment of the implications of the billionaire’s election. In actuality, the Wikileaks founder remained on the fence about Trump, stating,

“Hillary Clinton’s election would have been a consolidation of power in the existing ruling class of the United States. Donald Trump is not a DC insider, he is part of the wealthy ruling elite of the United States, and he is gathering around him a spectrum of other rich people and several idiosyncratic personalities. They do not by themselves form an existing structure, so it is a weak structure which is displacing and destabilising the pre-existing central power network within DC. It is a new patronage structure which will evolve rapidly, but at the moment its looseness means there are opportunities for change in the United States: change for the worse and change for the better.”

Greenwald rightly notes the only feasible reason to perceive that evaluation of the future Trump administration as even guarded praise of the president-elect is because it came from Assange — the Democratic Party’s Enemy Number One.

“The fact that Assange sees possibility for exploiting the resulting instability for positive outcomes, along with being fearful about ‘change for the worse,’ makes him exactly like pretty much every political and media organization that is opportunistically searching for ways to convert the Trumpian dark cloud into some silver lining,” the Intercept co-founder writes.

Worse than portraying Assange as politically motivated, is the Guardian’s insistence he somehow described Russia as a ‘free and open’ state beyond the need for whistleblowers — in part, Jacobs boldly asserts, because the publisher has “long had a close relationship with the Putin regime.”

As Greenwald writes, however, the single evidence of an Assange link to Putin is that he conducted a series of eight interviews broadcast by RT — in 2012.

In fact, that claim so misrepresented the truth, the Guardian subsequently retracted that sentence entirely and edited Jacobs’ assertion about whistleblowers being unnecessary.

Russia, Assange noted to la Repubblica, like other non-Western nations has its own cultural specificities — and governmental strictures — regarding the exposure of corruption and criticism of political figures.

He explains the obvious language barrier makes the outlet at least somewhat useless as a vehicle to publish Russian documents and thus not as viable for Russian whistleblowers — who already have better options located in that country.

Assange explains his “interpretation is that in Russia there are competitors to WikiLeaks, and no WikiLeaks staff speak Russian, so for a strong culture which has its own language, you have to be seen as a local player. WikiLeaks is a predominantly English-speaking organisation with a website predominantly in English. We have published more than 800,000 documents about or referencing Russia and president Putin, so we do have quite a bit of coverage, but the majority of our publications come from Western sources, though not always.”

He isn’t saying Russia is a free and open wonderland bereft of the need for people to blow the whistle at all — and the Guardian’s ‘interpretation,’ Greenwald notes, “depicting Assange as a propagandist for Putin – is not merely a reckless error. It is journalistic fraud.”

Indeed, these wholly fraudulent assertions were duly heralded by the obsequious corporate press, whose servile devotion to all narratives government-approved — particularly those Russophobic — long ago forgot all journalistic duty to report the truth.

In plain terms, this is Fake News — at its naked worst.

Maurizi, in the meantime, has done her utmost to refute the claims made in the Guardian — largely to no avail, given the article’s unseemly popularity.

.@ggreenwald I am completely furious about how my interview with Julian #Assange has been distorted and strumentalised

One of the worst offenders, as the Intercept points out, was Washington Post blogger Daniel Drezner, who tweeted a link to the article with the highlighted Guardian passage claiming Assange didn’t feel whistleblowers were needed in Russia, with the astonishing caption,

“The next time you’re inclined to take Julian Assange seriously, remember this.”

The next time you're inclined to take Julian Assange seriously, remember this. https://t.co/JIPcns2KTa pic.twitter.com/TUoqHa1KNp

Ironically, the actual la Repubblica interview provides solid grounds to take Assange “seriously” — unlike the Guardian’s journalistic travesty. But considering the Post’s record of publishing claims without providing even the flimsiest of evidence to back them up — including a subsequently partly retracted article deeming nearly every independent media outlet in the U.S. as Russian propagandists — Drezner’s tweet fails to surprise.

But the corporate media’s reckless and supposed war against Fake News — waged only after shirked blame for its own collusion with the Clinton camp and failure to accurately report details exposed by the leaked documents — reeks of egregious hypocrisy in light of articles like this by the Guardian.

Jacobs, in fact, has a distinct pro-Clinton and anti-Wikileaks agenda, as Greenwald fleshes out, similar to that of the Post and other left-tilted mainstream presstitutes — yet they still contend Fake News is an issue of national importance that must be eradicated from existence.

This perilous mockery disguised as a real problem that is the Fake News War threatens to undermine one of the most essential elements of our vanishing liberties — the free press — to satisfy unambiguous underlying political motivations.

With the passage of terrifying Orwellian propaganda legislation — surreptitiously stuffed into the 2017 NDAA signed by President Obama just before the holidays — it’s a veritable guarantee the outlets hypocritically offended by disinformation will dutifully publish news soothing the dominant political ideology.

Just as Jacobs did with his piece for the Guardian.

This anti-Wikileaks, anti-Assange, anti-Russia, anti-Fake News crusade is everything wrong with government-linked corporations owning 90 percent of the media in the United States. All of it having no basis in reality.

Wikileaks didn’t publish articles hacked from the DNC by The Russians. Assange is not working for The Russians — knowingly or unwittingly. Russia does not pose a threat to Western humanity. Fake News is a term used by the joke posing as our mainstream media when it doesn’t like the information contained in an article by the independent press.

And all of this would be hilariously side-splitting for its threadbare claims if it weren’t actually a war on opinion dissenting the political establishment narrative — a war the Guardian despicably and unapologetically joined.

This hit piece is U.S. government propaganda Fake News. Nothing more. And the subsequent retractions — by both the Guardian and the Washington Post — serve as acknowledgments of that fact. Mainstream media has largely abandoned journalism in favor of pro-establishment clickbait — and this is its epitome.