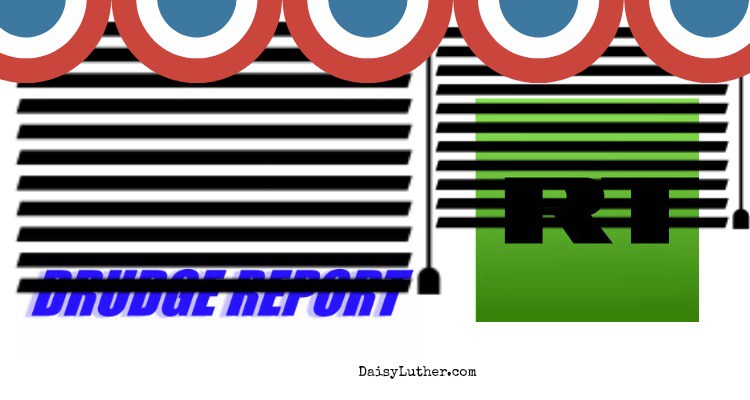 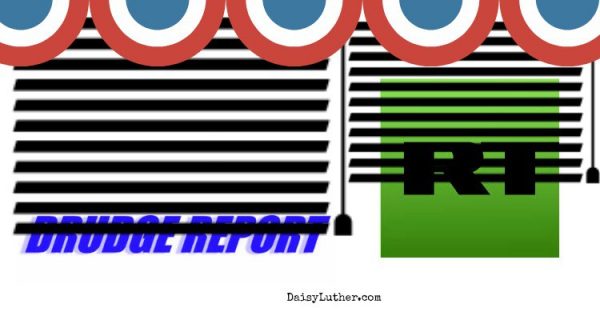 Just hours after announcing the government intended to punish Russia for “interfering in the presidential election,” Drudge Report, a massive news aggregator with over 3 million page views per day, was hit by a massive DDoS attack. The attack occurred just minutes after people started reporting that the Russian state-run news network RT was “unavailable” in parts of the United States.

It doesn’t stretch the imagination too considerably to believe that both RT and Drudge being simultaneously taken down was linked to Obama’s announcement just hours earlier. The US government has been trying in vain to regain control of the official narrative, but citizen journalists, independent media, and sources from outside the country have been strong influences ever since the MSM was completely discredited as a mouthpiece during the election.

A report in IBTimes stated:

A large-scale distributed denial of service attack, or DDoS, can cause major Internet disruptions. In the past, such attacks have shut down major websites such as Twitter, Spotify, Netflix, Amazon, Tumblr, and Reddit. The attack sends a server many illegitimate requests to make it hard for real requests to get through, effectively shutting down the site.

No one has claimed responsibility for the takedown of the two sites.

This is an attack on non-state journalism.

If a site as huge as Drudge Report can be taken down on a whim, this doesn’t bode well for the little guys in independent media. It’s outrageously expensive to defend a website against attacks like this. The monthly server costs alone for a well-protected setup could be in the tens of thousands, an amount that few of us have in the budget.

After the ridiculous accusations of fake news and Russian propaganda, one has to wonder if website attacks will be the next effort to drive independent media out of business.

Russia is ticked off but keeping it classy.

Russia is getting fed up. Today, Russian Foreign Minister Sergei Lavrov requested that President Vladimir Putin gives permission for 35 US diplomats to be expelled from Russian soil.

To the astonishment of many, Vladimir Putin refused the request.

… in a stunning reversal, the Russian leader took the high road, rejected the Lavrov proposal, and in a statement posted by the Kremlin said that Russia won’t expel any Americans in retaliation to US moves, in a brutal demonstration of just how irrelevant Obama’s 11th hour decision is for US-Russian relations…

In the just released statement, Putin laughed off Obama’s 11th hour temper tantrum, and said that Russia won’t cause problems to U.S. diplomats or deport anyone, adding that Russia has the right to respond in tit-for-tat manner, but it will not engage in irresponsible diplomacy.

The punchline, however, was saved for what may be Russia’s final slam of the debacle that is Obama’s administration saying that “It’s a pity that the current U.S. administration is finishing their work in such a manner” saying that Russia refuses “to sink to the level of this irresponsible “kitchen” diplomacy.”

Putin ended the statement by congratulating U.S. President-elect Donald Trump, and the American people on the New Year and invited the hildren of US diplomats to a holiday celebration at the Kremlin.(source)

This administration is an international embarrassment.

It seems that Obama, in the final days of his administration, is hellbent on causing as much international bad feeling and disruption as possible.

The BBC World Service has reported that the Russians expelled from the United States are struggling to get flights during the holiday period. Making these individuals persona non grata means they have to leave US soil within 72 hours of the order.

Russian media say the Russians facing expulsion from the embassy in Washington are struggling to buy plane tickets because flights are full ahead of the New Year holiday.

They will be forced to travel to New York, where their chances of finding plane seats are better, an “informed source” told Interfax news agency.

Russian foreign ministry spokeswoman Maria Zakharova has denied a report by CNN that Moscow is shutting down a school attended by diplomats’ children.

She said it was a “lie” that the Anglo-American School faced closure as retaliation.

Meanwhile, the Russian embassy to the UK tweeted a visual gag calling the Obama presidency a lame duck.

President Obama expels 35 🇷🇺 diplomats in Cold War deja vu. As everybody, incl 🇺🇸 people, will be glad to see the last of this hapless Adm. pic.twitter.com/mleqA16H8D

MFA: American people humiliated by its own President pic.twitter.com/Ka9ThFSlkp

Foreign Ministry spokesperson Maria Zhakarova took off the gloves with several statements, telling us how Russia really feels about Obama.

“We have been saying this all along, people [who] inhabited the White House for 8 years are not Administration but a bunch of foreign policy losers, angry and primitive. Today, Obama admitted this officially. The most amazing thing is that, having not been able to write down into the history of the Presidency any achievements on international arena, the Nobel Prize Laureate managed to put a fat blob instead of elegant dot…Today, America, American people were humiliated by their own President. Not by international terrorists or foreign enemy’s troops. It’s a curtain time. [The] ugly show is over. The whole world, from stalls to the gallery, had been watching the crashing blow to the prestige of America and to its leadership, caused by Barak Obama and his illiterate foreign policy team that opened to the world her biggest secret—exclusiveness was a mask for helplessness. And no enemy of the United States could have done worse damage.”

Sadly, Russia may be right. The world has watched aghast at the antics of  Clinton supporters and at the last ditch attempts of President Obama to leave the worst legacy possible for his replacement.

What a sad state of affairs.