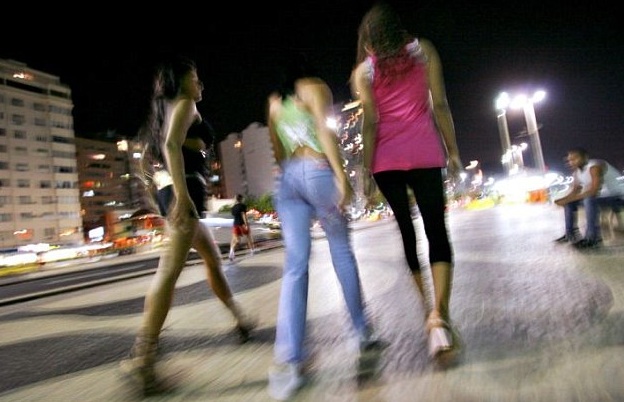 Travis Allen, 43, is that rare Republican in the California legislature. He represents the 72nd Assembly District in coastal Orange County.

In an article for the Washington Examiner on Dec. 29, 2016, titled “California Democrats legalize child prostitution,” Mr. Allen sounds the warning that beginning on January 1, 2017, “prostitution by minors will be legal in California”:

“SB 1322 bars law enforcement from arresting sex workers who are under the age of 18 for soliciting or engaging in prostitution, or loitering with the intent to do so. So teenage girls (and boys) in California will soon be free to have sex in exchange for money without fear of arrest or prosecution.

This terribly destructive legislation was written and passed by the progressive Democrats who control California’s state government with a two-thirds ‘supermajority.’ To their credit, they are sincere in their belief that decriminalizing underage prostitution is good public policy that will help victims of sex trafficking. Unfortunately, the reality is that the legalization of underage prostitution suffers from the fatal defect endemic to progressive-left policymaking: it ignores experience, common sense and most of all human nature — especially its darker side.

The unintended but predictable consequence of how the real villains — pimps and other traffickers in human misery — will respond to this new law isn’t difficult to foresee. Pimping and pandering will still be against the law whether it involves running adult women or young girls. But legalizing child prostitution will only incentivize the increased exploitation of underage girls. Immunity from arrest means law enforcement can’t interfere with minors engaging in prostitution — which translates into bigger and better cash flow for the pimps. Simply put, more time on the street and less time in jail means more money for pimps, and more victims for them to exploit.

As Alameda County District Attorney Nancy O’Malley, a national leader on human trafficking issues, told the media, “It just opens up the door for traffickers to use these kids to commit crimes and exploit them even worse.” Another prosecutor insightfully observed that if traffickers wrote legislation to protect themselves, it would read like SB 1322.

Minors involved in prostitution are clearly victims, and allowing our law enforcement officers to pick these minors up and get them away from their pimps and into custody is a dramatically better solution than making it legal for them to sell themselves for sex. That only deepens their victimization and renders law enforcement powerless to stop the cycle of abuse. SB 1322 is not simply misguided — its consequences are immoral.”

SB 1322: Commercial Sex Acts – Minors, approved by Governor Jerry Brown on Sept. 26, 2016, amends Sections 647 and 653.22 of the Penal Code to render existing law that makes it a crime to solicit or engage in any act of prostitution “inapplicable to a child under 18 years of age”.

Assemblyman Travis Allen further warns that SB 1322 is “only the tip of the liberal iceberg” because the new year “will see the Golden State subjected to wave after wave of laws taking effect that are well-intentioned but disastrous embodiments of progressive utopianism.” Examples include: