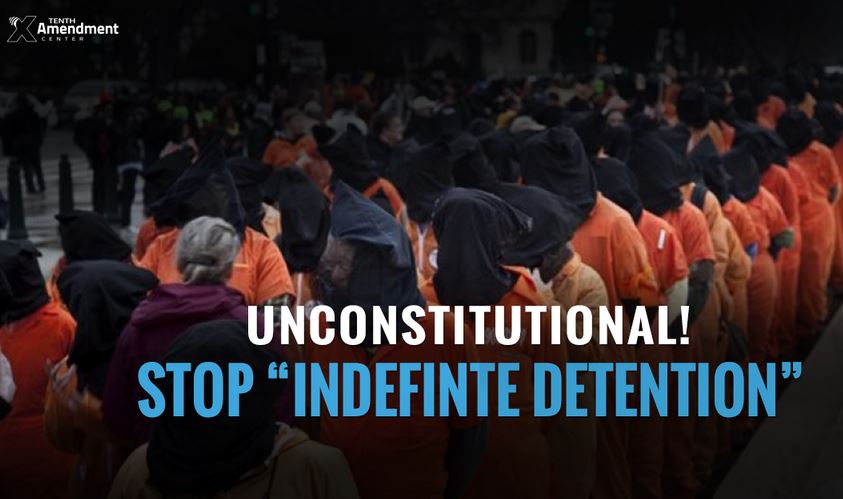 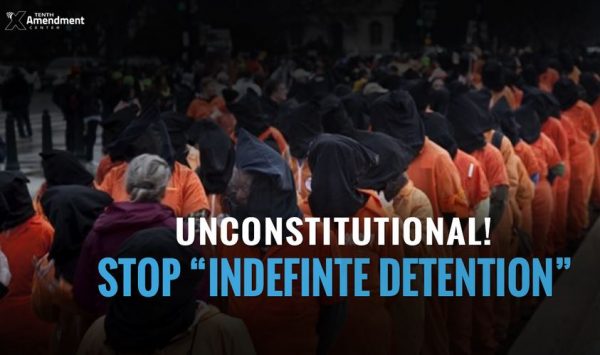 This New Year’s Eve we note its 5th Anniversary. Previous annual appropriations bills funding national defense were mostly procedural but it was the addition of two sections, buried deep within the over 600-page document, that potentially gutted the Bill of Rights for American citizens thought by the President to be assisting the enemy, that so upset constitutionalists and libertarians.

Subsections 1021–1022 of Title X, Subtitle D, entitled “Counter-Terrorism,” authorized the president to apply the Authorization for Use of Military Force, the 2001 congressional document used to justify war on Iraq, now broadly to all thought to be terrorists—including Americans living in the states far from any battlefield. The military would be used to find, arrest and “detain covered persons…pending disposition under the law of war.”

Translated, this means military tribunals and prisons and no Bill of Rights. U.S. law; local law enforcement agents, juries, courts and judges would be excluded, all on the whim of but one man—the president. Moreover there exists no requirement to notify local authority when one is “kidnapped” (captured and detained), or transferred out of the country, as for example to Guantanamo Bay, or detained indefinitely. President Obama did promise that he would not use it against US citizens. This power will be transferred to Donald Trump January 20, 2017.

Constitutionalists and libertarians, notably Senator Rand Paul, have worked hard to at least modify these two sections. Newer versions do have Sections 1031-1033 that portend to affirm the rights of due process and habeas corpus but opponents of newer NDAA’s are certain that it is not enough to get back to pre-2011 constitutional protections. Senator Feinstein noted that her goal “was to ensure the military won’t be roaming our streets looking for suspected terrorists.”

When asked if it were possible for an American to be shipped to Guantanamo Bay, Senator John McCain said yes. Senator Lindsey Graham was more blunt. “When they say, ‘I want my lawyer,’ you tell them, ‘Shut up. You don’t get a lawyer.’”The Posse Comitatus Act of 1878, following the Civil War, forbade the U.S. military from performing law enforcement functions on American soil. The American Civil Liberties Union warned in 2011, “Since the bill puts military detention authority on steroids and makes it permanent, American citizens and others are at greater risk of being locked away by the military without charge or trial if this bill becomes law.”

With at least three generals in the Trump cabinet it is questionable whether they will advise Trump to return to the constitutional protections heretofore in place. But it will be a major test of his sincerity respecting separating himself from the establishment, both Republican and Democratic, who together, have imposed this upon all Americans. Cosponsors of the disturbing changes were Senators Carl Levin and John McCain, the latter Trump deeply offended in his presidential campaign. Neither is likely to abandon what they created without a serious fight.

Some things are very clear in the sections disputed. The terms “terrorists” and “affiliates” are not adequately defined, the President is given too much power, and they violate the U.S. Constitution, which everyone voting affirmatively swore to uphold.

It is hard to trust the government’s definition of terrorist when Vice President Joe Biden, once referred to Tea Partiers as terrorists and former House Speaker Nancy Pelosi, as mobsters (a term also implying a threat to society). What guarantee do we have that the “new” enemy does not simply rotate to anyone defined as “anti-government,” citizen or not?

Presidents have not proved particularly trustworthy in the past with respect to the Constitution and civil liberty. Franklin D. Roosevelt, with the stroke of a pen, detained over 110,000 Japanese Americans in “relocation camps” (Japanese-Americans called them concentration camps) in World War II on the basis of race and potential terrorism. Why should we have confidence in any president to not use this power as “seemeth” him good?

The Writ of Habeas Corpus found in Article I, Section 9 recognized that some day war might exist on our soil and that the accused had rights that might have to be momentarily delayed until recognized civilian authority could reasonably attend to them. It allowed this delay in only two circumstances “when in cases of rebellion or invasion the public safety may require it.”

Section 9 provides a list of powers specifically denied Congress; nor were they given to the President in Article II. This strongly suggests no federal role outside the two parameters, rebellion or invasion. The removal of any civilian role and the carting off of U.S. citizens to a foreign place without benefit of civilian judge or jury obliterates this right.

The threat of potential incarceration without recourse to a lawyer, judge and trial is very serious. The military performing police duties previously rendered by civil authorities is unconscionable in a free society. Ninety-three senators voted for this bill. Only seven understood the Constitution well enough to defend it and vote no. These were Democrats Tom Harkin, Jeff Merkley, Ron Wyden and Republicans Rand Paul, Thomas Coburn, Mike Lee.

Harold Pease writes for The Tenth Amendment Center, where this article first appeared.