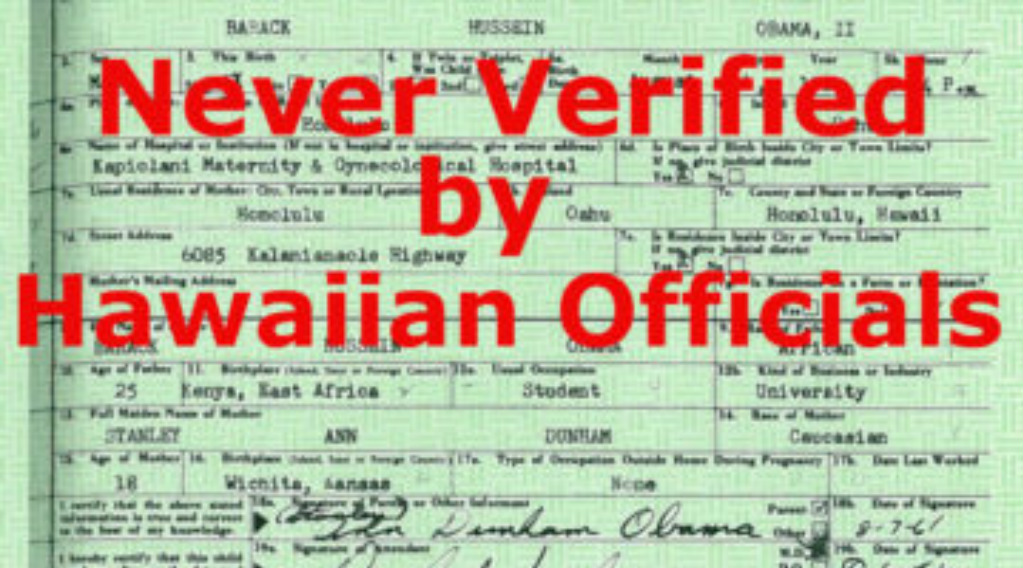 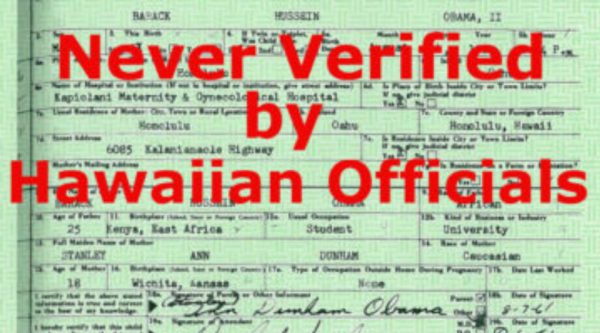 The last day of 2016, was also Maricopa County Sheriff Joe Arpaio‘s last day in office. Arpaio and his Cold Case Posse team have been diligent in investigating the fraudulent documents of the usurper-in-chief, Barack Hussein Obama Soetoro Soebarkah. Now, it’s been confirmed that Hawaii never verified the validity of the birth certificate on the White House website.

The ‘information’ about the birth, yes. But not the document itself, said Mike Zullo, and that raises serious questions.

Their conclusion is that it is not a copy of any original Hawaiian document, and while their investigation did not address whether Obama is a ‘natural-born citizen’ as the Constitution requires for presidents, or the political implications of such a forgery, they noted it certainly raises many questions going forward.

Their evidence, they say, showed how the digital images on the document released by Obama in a White House news conference were copied from another document.

Zullo made comments concerning that lack of validity by Hawaii Department of Health in an interview on the Hagmann Report.

Take a listen for yourself.

Zullo went on to explain how then Governor Neil Abercrombie said that all records were handled in the same manner that Obama’s was. Yet, it was Obama’s attorneys who attempted to make his records a private matter. One has to ask just how when running for public office, when you need to determine whether or not the person is eligible for that office, is that a private matter?

Mr. Zullo claims that all could have been settled by Obama simply requesting a long form birth certificate.

“All you had to do was contact the director of health and say, ‘I’m the president of the United States and I need a copy,'” he said. “They make long forms all the time, they’re just not telling you.”

However, if you recall, the story was that one woman in the Hawaii Department of Health said she had seen the document in a book, but when Governor Abercrombie searched for it, he could not locate the document, and he’s a Democrat!

“The analysis they had to do was to manipulate Hawaii statutes to get him a birth certificate,” he added. “I don’t believe that the document his counsel picked up looked anything like what’s displayed at WhiteHouse.gov.”

“What Hawaii was doing is answering the question for verification in lieu of certification, saying we are verifying the information contained in the document,” Zullo continued. “We’re not verifying that that’s the document we released.”

If you recall, it was Loretta Fuddy who allegedly issued the Hawaii birth certificate and was later the only person to die in a mysterious plane crash.

Sheriff Arpaio and Mike Zullo are correct when they make the claims that Obama’s documents are forged. Arpaio was equally correct when he said this is a national security issue.

All the evidence that Arpaio and Zullo compiled is now heading to Congress. The question is, do they have the moral fortitude to handle the truth and bring about justice in the matter?

However, so many have such a short attention span and fail to grasp just how serious an issue this is that they will be happy to just be rid of the Obama’s without bringing justice to them. This is a grave mistake that only leaves the door open for other usurpers to ascend to the highest office in the land, and if you don’t believe me, just look at how the GOP supported Ted Cruz and Marco Rubio despite the overwhelming historical evidence to the contrary. One thing is for certain, we didn’t change our position on the issue of what a natural born citizen is defined as, even when it was the other team’s jersey the candidates wore.