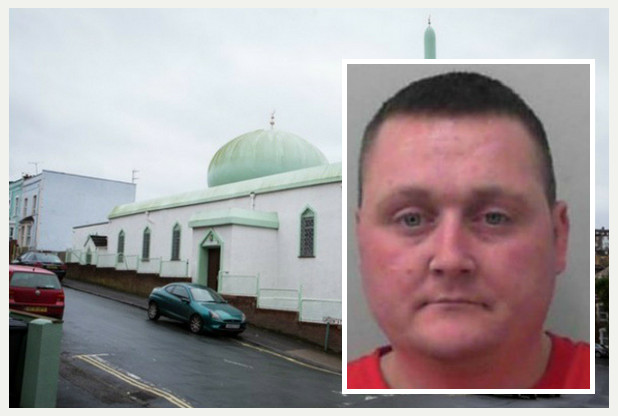 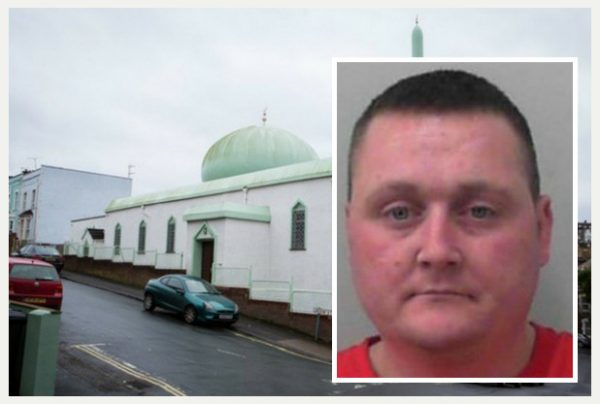 Kevin Crehan received a year in jail for putting bacon

on the door handles

to a mosque. Halfway through his sentence, he was mysteriously “found dead” in his jail cell and the British Police are not releasing any more details why:

A man jailed after leaving bacon sandwiches outside a mosque has been found dead in his cell.

Kevin Crehan, 35, was halfway through a one-year prison sentence he received in July after admitting the racially-motivated attack on the Jamia Mosque in Bristol earlier this year. He was accompanied by Alison Bennett, 46, and Mark Bennett, 48, and Angelina Swales, 31, who also pleaded guilty over the incident.

A St George flag with the words ‘no mosques’ was also tied to the fence outside the building in Totterdown, Bristol, and shouted racial abuse at a worshipper.

were left at the entrance, in what was described in court by the judge as an ‘an attack on England’.

‘As with all deaths in custody, the independent Prisons and Probation Ombudsman will investigate.’

The prison service confirmed Crehan was found dead in his cell at HMP Bristol on Tuesday, December 27.

This should disturb anybody because while the exact details are not disclosed, one can figure out why.

Consider that in the UK, a minimum of 20% up to 44% of all inmates in maximum security prisons are Muslims. As of 2015, Muslims account for almost 15% of the total prison population. This is knowing that the UK Muslim population is approximately 5% of the total population.

This leads one to wonder- who murdered him? What were the circumstances of his murder? Who were his cell mates?

Violence in prison is always a problem. However, the fact that Muslims make up a disproportionate percentage of the UK prison population, that he was in for a “crime” involving criticism of Islam, and that the circumstances of his death are being hidden, something is very, very wrong here.

It should also be a warning to you, because this is the way that critics of Islam might be “disposed” of in the future. Basically, they dump you in front of a bunch of wolves and turn the other direction, only to see after that he just “died,” and they clean up the mess and move on.

Watch for these types of cases, because they might become a lot more common in the future.