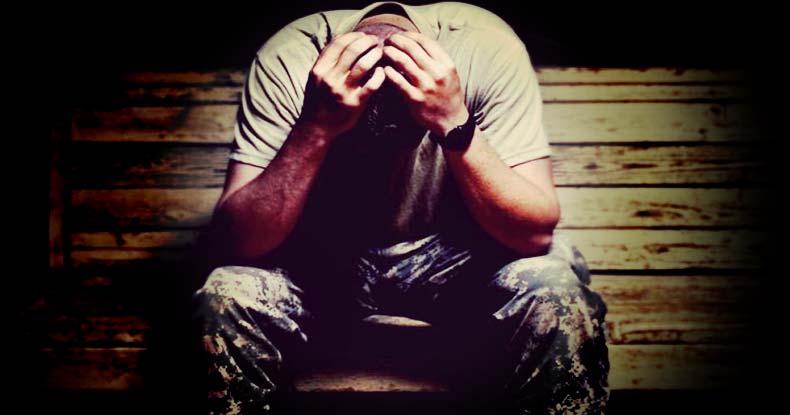 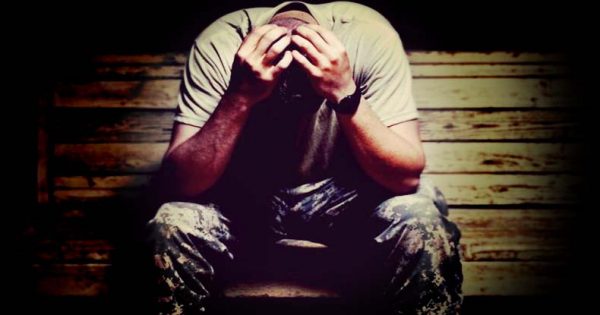 Washington — Confirming once again that war, to those who are sent to fight them, is absolute hell, newly released Pentagon statistics show that suicide — not combat — is the leading killer of US troops deployed to the Middle East.

According to a report in USA Today this week, of the 31 troops who have died as of Dec. 27 in Operation Inherent Resolve, 11 have taken their own lives. Eight died in combat, seven in accidents and four succumbed to illness or injury.

These new numbers confirm a trend that’s been in place since the beginning of the prolonged occupation of the Middle East.

Earlier this year, the DoD released a similar report from 2014 that revealed some startling numbers. In all of 2014, a total of 55 US troops, in both hostile and non-hostile situations, lost their lives in foreign occupations. The number of soldiers who killed themselves was nearly 5 times that amount.

As bureaucratic fatcats sit back from their lush taxpayer-funded offices in giant marble buildings debating on whether or not to send more troops to the Middle East, this crisis is being ignored. Partly due to the fact that they can’t seem to figure out why troops are killing themselves, the military ‘experts’ are unable to reverse it.

“I don’t think there’s one single cause for it,” said Rajeev Ramchand, a senior behavioral scientist at the Rand Corp. who has studied military suicide. “There are a multitude of factors. They are also picking up on a trend toward more suicide in the U.S. population as a whole. Maybe there’s a universal stress on everyone in the military that affects them in profound ways.”

However, many experts have come forward and noted that the increased prevalence in the prescription of antidepressants to active duty troops could play a large role. In 2010, Peter Breggin MD testified before the Veterans’ Affairs Committee of the U.S. House of Representatives:

“The newer antidepressants frequently cause suicide, violence, and manic-like symptoms of activation or overstimulation, presenting serious hazards to active-duty soldiers who carry weapons under stressful conditions. Antidepressants should not be prescribed to soldiers during or after deployment,” said Breggin.

Couple the dehumanizing nature of treating human beings as fodder for wars of aggression with the known side effects of antidepressants, and you have a recipe for disaster.

In war, human lives become units to be traded as a commodity to aid in the expansion of the state. When they are no longer deemed useful, these human lives are then tossed out like yesterday’s garbage.

Treating human beings in such a brutal and inhumane manner is not without consequence.

Not only are active duty soldiers tragically ending their own lives at an increasing rate, but once they finish their service, these numbers skyrocket.

In a 2012 report put out by the Veterans Administration, it was estimated that up to 22 veterans a day kill themselves. That is 8,000 lives a year — almost one per hour.

If we look at attempted suicides, that number skyrockets to 19,000 attempts, of which 8,000 result in ending their own lives.

War is the plight of mankind that is perpetually waged by cowards too afraid to send themselves or their own children into harm’s way, but who do not hesitate to send the poor or ‘patriotic.’

When the state is done with its pawns of empire, it disposes of them like spent military gear. They then become unable to get the proper care they need for illness and injury related to their service. If they try to self-medicate to cope with the subsequent PTSD from being forced to brutally occupy a foreign country, these veterans have their children taken, face life in prison, or worse.

The Department of Housing and Urban Development estimates that nearly 50,000 veterans are homeless on any given night. Another 140,000 are currently in jail, many of them for victimless crimes like drug possession.

As if the numbers aren’t bad enough, veterans are often the target of unjust attention from law enforcement. On multiple occasions, the Department of Homeland Security has referred to veterans as potential terrorists and noted that they pose a threat to national security.

The Free Thought Project has reported on case after case of veterans returning home only to be beaten and locked up for speaking out, or killed by police during a PTSD-triggered episode.

Merely ‘supporting the troops’ is proving to be the worst possible thing for them.

If you really want to “support the troops” you’ll stop supporting wars of aggression in distant lands in which Americans are forced to kill people who pose no threat to the US.

If you really support the troops, you’ll educate yourself on who is behind these wars, why they are waged, and how US foreign policy actually creates enemies. ISIS would not exist had the US not remained hell bent on overthrowing the Assad regime for the benefit of special interests in DC.

Pledging blind obedience and unquestioning support for wars that one’s government illegally wages at the expense of our sons and daughters, brothers and sisters, and mothers and fathers, is the antithesis of what a free person should do — and anything but “supporting the troops.”

So what is the solution? How can the US rein in this epidemic of suicide among active duty troops and vets?

The answer to this question, while it may seem complex, is actually quite simple — Stop creating them.

As a former ‘troop’ I know how hard it can be to handle the woes faced by life in the military. If you or someone you know is feeling suicidal, please feel free to reach out to the Free Thought Project who is staffed by a number of veterans who understand your pain and who would be glad to help. Feel free to message us on our Facebook Page, or through email here.