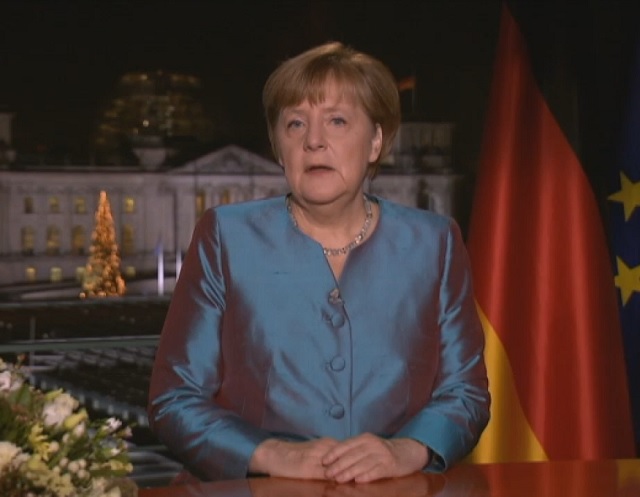 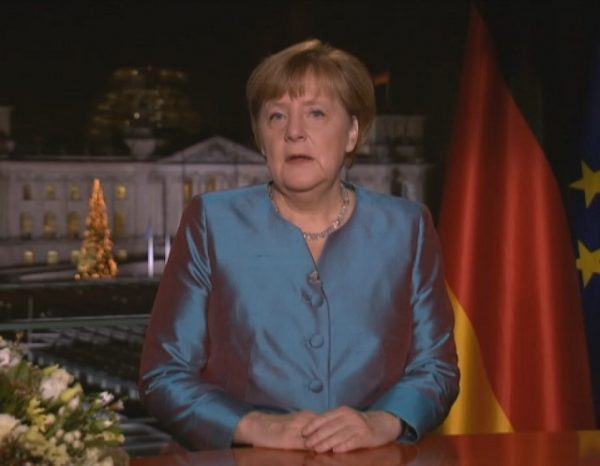 Angela Merkel doubled down on her policy of flooding Germany with endless refujihadists Saturday, insisting the nation is “stronger together.”

In her annual address, to be broadcast on Saturday, the German chancellor said 2016 has been “a year of severe tests” — the toughest being the “bitter and sickening” acts of terror committed by people claiming to seek refuge in the country.

It follows a year in which a number of attacks by refugees in Germany. Twelve people were killed and 20 injured when Tunisian national Anis Amri drove a truck into crowds at one of the Berlin’s Christmas markets two weeks ago, and several other fatal attacks by refugees occurred earlier in the year.

“It is particularly bitter and sickening when terror attacks are committed by people who claim to seek protection in our country,” Ms Merkel said.

You invited these refujihadists in and you paid for their terror attacks.

But the Chancellor added that she was “confident for Germany”.

“As we go about our lives and our work, we are saying to the terrorists: ‘You are hate-filled murderers, but you do not determine how we live and want to live. We are free, considerate and open’,” she said. “All this is reflected in our democracy, rule of law and values. They are the opposite of the hate-filled world of terrorism and will prove stronger than it. Together we are stronger. Our state is stronger.”

We’re “stronger” living “together” with refujihadists and rapefugees, even though it’s a game of Russian roulette guessing when these people will explode or have a “sexual emergency.”

She emphasised, though, that her decision to allow refugees in was the right decision, stressing “how important and right it was for [the] country to help those who really need our protection find their feet here and integrate”.

“We are stronger together. Our state is stronger. Our state is doing everything to guarantee its citizens security in freedom,” she said, before pledging that in 2017 the government will take action quickly “where political or legal changes are necessary”.

Can’t this woman come up with her own propaganda lines? Must she take the entire “fake news” meme from our leftists as well as “stronger together” from Hillary’s campaign?

On the subject of Europe, Ms Merkel called for “an open view of the world and self-confidence, in ourselves and our country” and attacked “distorted pictures” of the European Union and parliamentary democracy.

“We Germans should never be deceived into thinking that a happy future could ever lie in going it alone nationally,” she said.

Indeed, Germany could literally not survive if it wasn’t for the 1.2 million plus migrants who came in just the last two years. Even though only 34,000 of these migrants have gotten jobs, they’re going to pay for aging German’s pensions. Also, Germans are “bad” at having children.

This is what Germany looked like this New Year’s Eve versus Poland: The country is objectively worse off, less safe, less free and dozens of innocent Germans are now dead.

Rather than kick these people out and apologize for ruining Germany, Merkel’s transforming the country into a police state to keep the “benefits” of “cultural enrichment.”