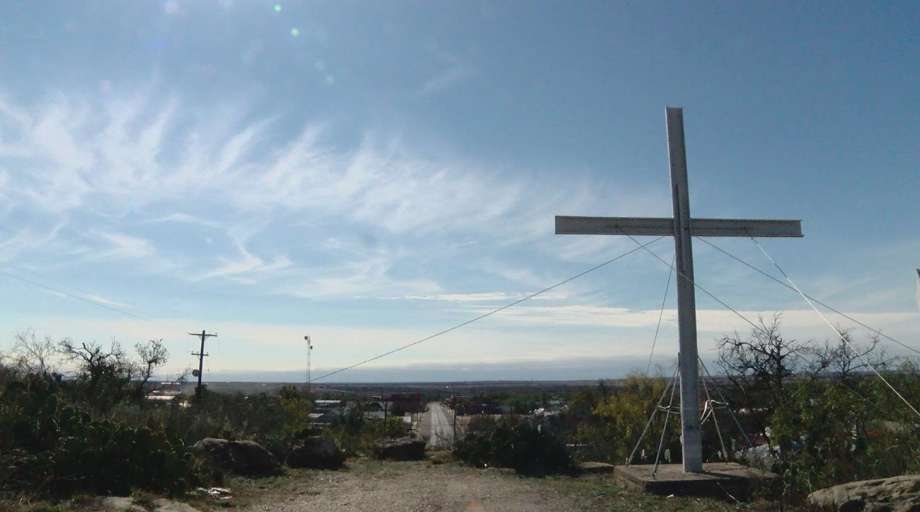 We all love the historical story of David and Goliath. We all like the idea that little David, just a boy, defeated the giant Goliath. The reason has more to do with the underdog undertones that we get from the history. But, what we fail to recognize is that David did not defeat Goliath, God did.

Once again, people of faith face a daunting and even impossible task. We are called on to live our faith out in public, and even as we hold public office. This is becoming more and more difficult, even if we live in an area where most have the same faith.

One small town in Texas is faced with fighting a big atheist group over a cross in a public park.

A prominent professing atheist group is seeking the removal of a cross displayed at a public park in Texas as it asserts that the symbol violates the U.S. Constitution.

The Wisconsin-based Freedom From Religion Foundation (FFRF) sent a letter earlier this year to the mayor of Spur, and then again in October, but did not receive a response to their demand. At issue is a 12-foot cross erected in Swenson Park, which reportedly can be viewed when driving into town.

“The government’s permanent display of a Latin cross on public land is unconstitutional,” the first letter read. “The display of this patently religious symbol on public property confers government endorsement of Christianity, a blatant violation of the Establishment Clause.”

The city has yet to respond to the threats. They have made no comments about this issue and have not returned any official letter to FFRF. This may be the wisest thing that they can do, but how long will the group of outsiders wait? How long will it be before they find a citizen willing to take the town to court?

It has been hard for FFRF to bring suit as most in the town want their cross to stay where it is, and seem to have no intention to allow it to be moved.

Christian News continues:“I bet you if I could call everybody in Spur to come and line up behind me, they’d do it,” Frances Blackburn said. “We’re not taking it down.”

Like most small Southern towns, Spur is not taking well to outsiders telling them what to do with their property.

Pray for wisdom as they face this evil attack.