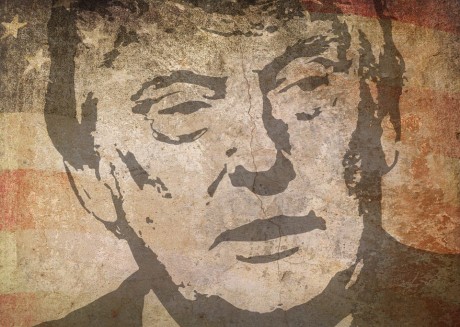 When Barack Obama betrayed Israel at the United Nations, that put a curse on our nation.  But that doesn’t mean that we have to stay cursed.  In the coming days, the new Trump administration should immediately start taking steps to reverse the curse that we are under as a result of what Obama has done.  Perhaps if Donald Trump takes strong enough steps to try to undo what Obama has done, instead of being cursed we can once again return to being blessed.

So it looks like we are stuck with UN Security Council Resolution 2334, but that doesn’t mean that Trump can’t do anything to try to address this matter.

Recently, a Breitbart article suggested five steps that Trump should take regarding Israel once he becomes president, and I would like to add another five to the list.

#1 Donald Trump should clearly disavow UN Security Council Resolution 2334 during his Inaugural address.  This would send a clear signal to the rest of the world that this new administration does not stand behind Obama’s betrayal of Israel.

#2 Sanctions should be imposed on every nation that voted in favor of the resolution.  I know that this would be politically tricky and would greatly upset the other permanent members of the Security Council, but it should still be done.

#3 There should be a congressional declaration clearly disavowing UN Security Council Resolution 2334, and Donald Trump should endorse this declaration.

#4 The Trump administration should immediately introduce another UN Security Council resolution that would include language that completely overturns the previous resolution.  Of course that resolution would almost certainly fail, but the point would be to show that the Trump administration is horrified by what has been done, and it would force the rest of the Security Council into a very uncomfortable position.

#5 Trump should immediately move the U.S. embassy to Jerusalem.  By law this was already supposed to have happened anyway, but past presidents have always put the move off.  Of course this would cause the Palestinians to riot, but Trump needs to show the world that U.S. policy is not going to be dictated by threats of violence.

#6 Trump should cut off all funding to the Palestinian authority.  Considering how much debt we are in, I don’t know why we are giving them money in the first place.

#7 Trump should publicly announce that his administration will never recognize a Palestinian state.  The rest of the world would get very upset by this, but it is the right thing to do.

#8 Trump should publicly announce that it is the policy of the United States government that every inch of East Jerusalem, the West Bank, the Gaza strip and the Golan Heights belongs to Israel.  I don’t think that Trump would ever do this, but it would be the single most important step that he could take.

#9 The United Nations could be defunded in whole or in part.  But we don’t want to leave the United Nations entirely as some are suggesting.  Now that Trump is going to be president, we want him to use the power that we have on the Security Council to protect Israel.  Because without the U.S. standing in the way, the rest of the world would gang up on Israel in a major way.

#10 Trump should make an immediate presidential visit to Israel during the very first week of his presidency.  This would largely be symbolic, but it would show the rest of the planet that we stand solidly with the Netanyahu government.

And if Barack Obama takes additional action against Israel during the remaining days of his presidency, steps such as I have just outlined above will become even more important.

There are still rumblings that we could see another UN Security Council resolution that would officially establish a Palestinian state before Obama leaves office.  The following comes from an article by Bob Eschliman…

The official said the U.N. action could come in the form of declarations by U.N. bodies, including the General Assembly; U.N. sessions on the Israeli-Palestinian conflict; or even another United Nations Security Council resolution. He said any further UNSC resolution would depend on the support of the U.S. and European countries after the upcoming Paris Mideast summit slated for Jan. 15.

He said the U.N. action would seek to set the parameters of a future Palestinian state with a clear timeline for negotiations. If the action comes in the form of a resolution at a U.N. body, it could call for an infrastructure to establish mechanisms to enforce last week’s UNSC resolution, which demanded a complete halt to Israeli construction in the West Bank and eastern Jerusalem and declared those territories occupied Palestinian lands.

If the UN Security Council does vote to formally recognize a Palestinian state, all hell will break loose in America.

Let us hope that does not happen, and let us hope that Donald Trump works very hard to repair the damage that has already been done once he gets into office.

George Floyd: The Verdict Is In!
March 5th, 2021 Sons of Liberty Media