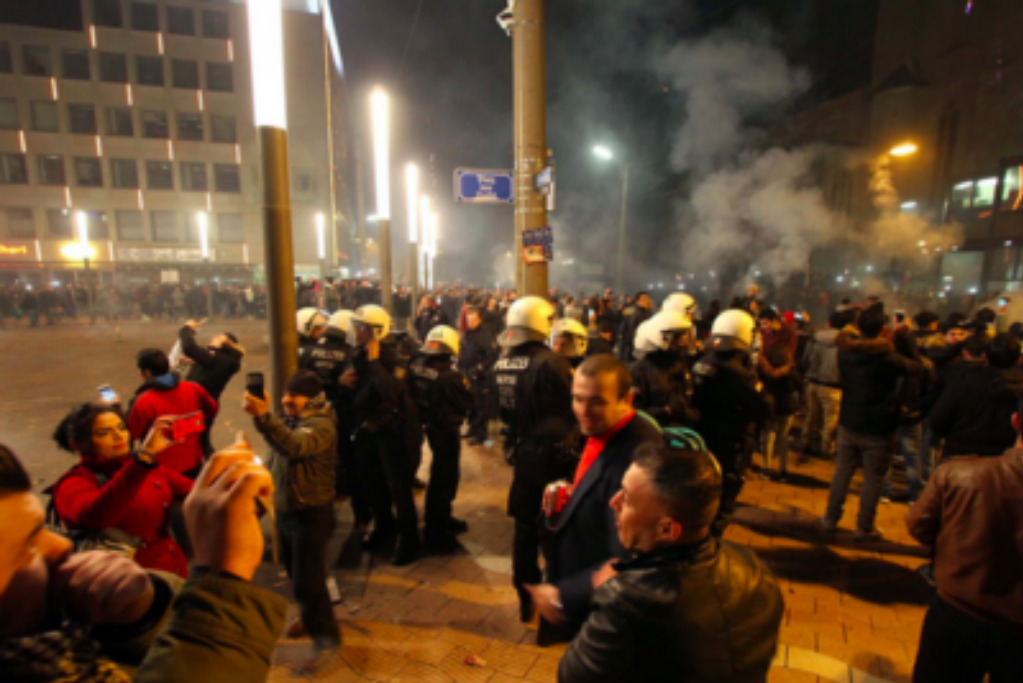 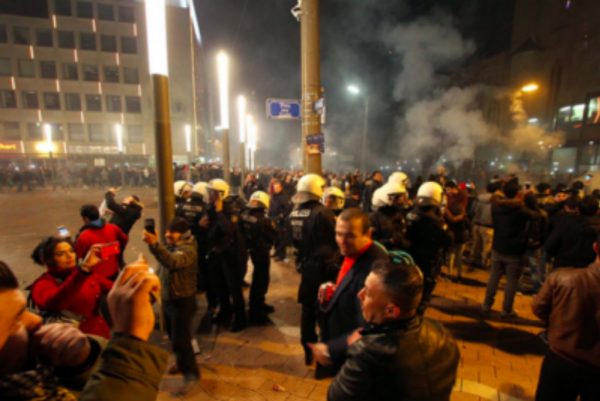 Despite the army of mounted police soldiers, helicopters, etc., Merkel’s government could not protect its citizens from the Muslim migrant hordes.

And any action that was taken was decried as “racial profiling” (even thought Islam is not a race) by left-wing goose-steppers.

What next? Will it be compulsory chastity belts for all German women, or just the burqa?

In the alternative, look after your own women — expel the rapist hordes.

A CROWD of more than 1,000 men shot fireworks at riot police and women were attacked by migrants as New Year’s Eve celebrations spiralled out of control across Germany, despite heightened security due to terror fears.
By Express, January 3, 2017:

In Hamburg, 14 women were the victims of sex attacks, as more than 45,000 people celebrated New Year’s Eve in the city.Police said the suspected attackers, including migrants, grabbed their victim’s crotches. Ten people have been arrested in connection with the sexual assaults.Officers said three Syrians, three Iraqis, two Afghans, one Eritrean and one German were arrested in connection with the sexual assaults in Große Freiheit and Beatles Square.Firefighters and police were called out to more than 2,000 incidents during the celebrations. 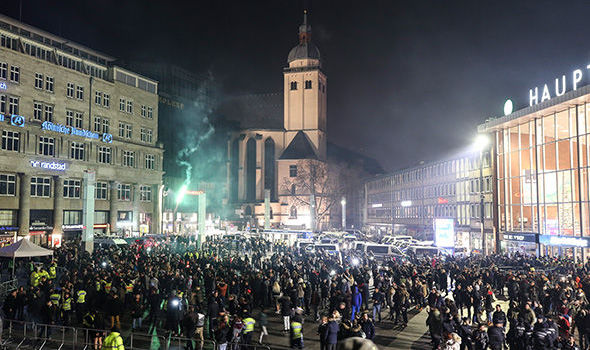 Police Officer Timo Zill said the mood at the banks of the Binnenalster river was aggressive mostly because of people “with migration background”.A number of troublemakers were spoken to by police and banned from certain areas of the city.Elsewhere in Germany, police in Augsburg launched investigations into several sex attacks as chaos ripped through the Bavarian town on New Year’s Eve.Around 150 people celebrated the New Year in Augsburger Königsplatz with police reports of migrants firing rockets into the crowd.
Police arrested a 22-year-old Syrian for firing a rocket toward people standing next to him.Three young men from Iraq and Syria were banned from the square after firing rockets at several people, police said.Police launched an investigation after a rocket hit a woman, 30, on the head and a police officer was injured when a firework hit his patrol car.Eyewitnesses accused three Syrians of being behind the incident, police said investigations are ongoing.Afghan nationals, aged 19, 21 and 37 were accused of repeatedly groping two 18-year-old girls.
They were later arrested and denied all allegations.Police said a 31-year-old Iraqi exposed himself to one woman in Ludwigstrasse at around 4am, witnesses have been asked to contact officers.The mayhem continued into the early hours of New Year’s Day with a knife fight between a Syrian and Iraqi in Ulmerstrasse.Officers said the Syrian wan was stabbed in the thigh south a pocket knife.Vandals also set fire to seven cars and used tyres causing €50,000 worth of damage.In Dortmund five police officers were injured in the chaos which saw police arrest dozens of men.