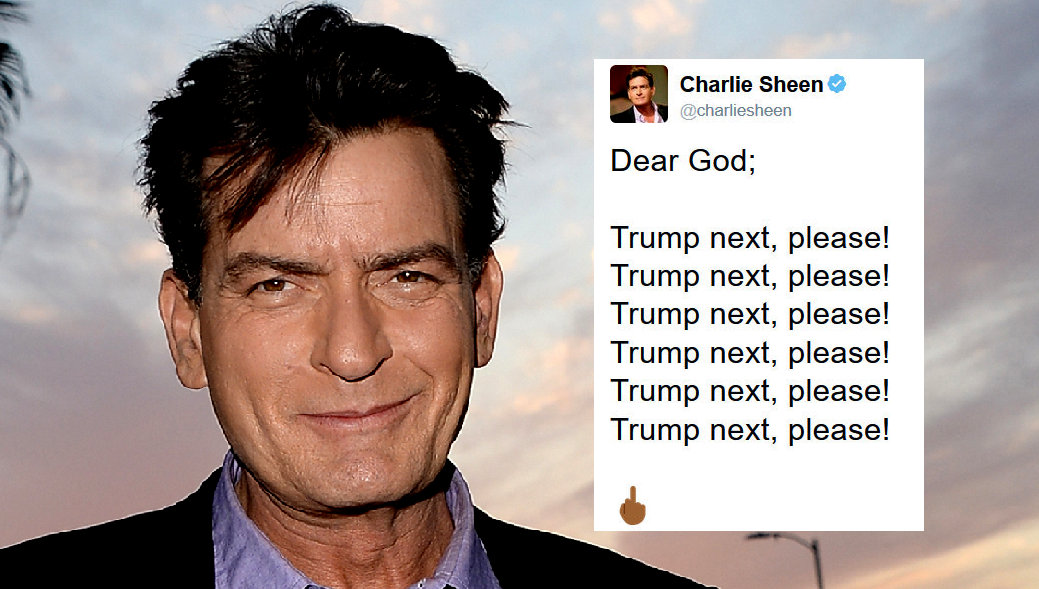 If a person is defined by his enemies, then Donald Trump surely is on the side of good.

During the 2016 presidential campaign, as he showed himself to be winning — and therefore a real threat to established interests — Trump became the target of death threats. See:

The latest death threat comes from that paragon of virtue and right reason called Charlie Sheen — the actor whose off-the-scale promiscuity with females and males resulted in him being infected with HIV/AIDS. See:

So why aren’t the Trump death-threaters arrested?

The answer, of course, is the Obama administration.

But you can be sure death-threaters will be arrested and prosecuted to the full extent of law after January 20, 2017.