As previously reported, WAPO had to retract a totally debunked story the outfit published on Russian hackers penetrating the US power grid.

Despite the retraction, and despite the lack of evidence that Russia hacked anything recently including the US elections, mainstream outlets are still repetitively reporting on Russian hacking with gusto.

CNN even recently passed off a screen capture from the video game Fallout 4 while reporting on how Russia is hacking stuff. 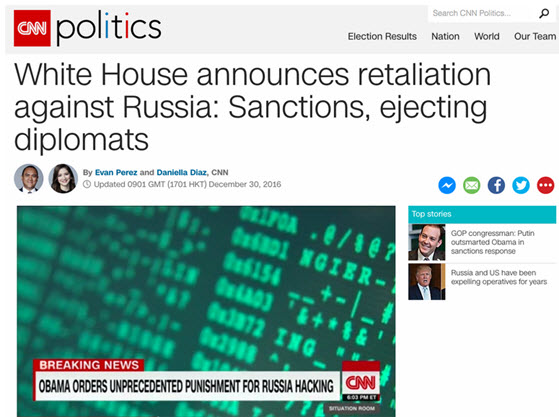 The significance here isn’t just that it’s a scaremongering propaganda story that lacks evidence to back up the claims, but the game Fallout 4 is specifically a post-apocalyptic role-playing game that came out in November 2015 dealing with a nuclear holocaust set in the Boston, Massachusetts and New England area of the US.

Is this pre-programming or what? Certainly seems very Cold War red scare duck-and-cover, doesn’t it?