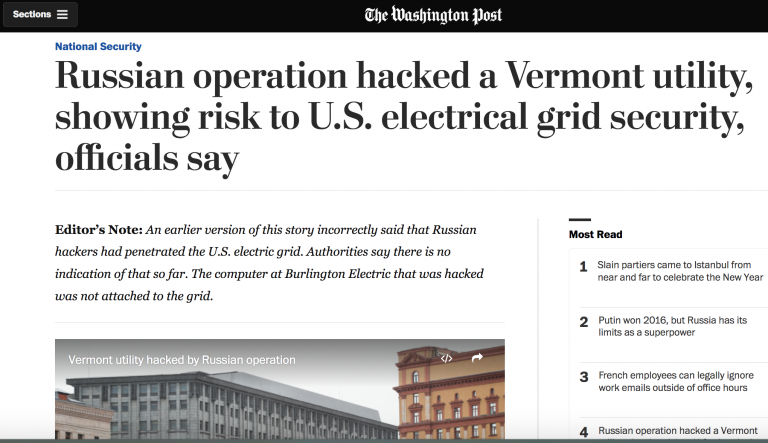 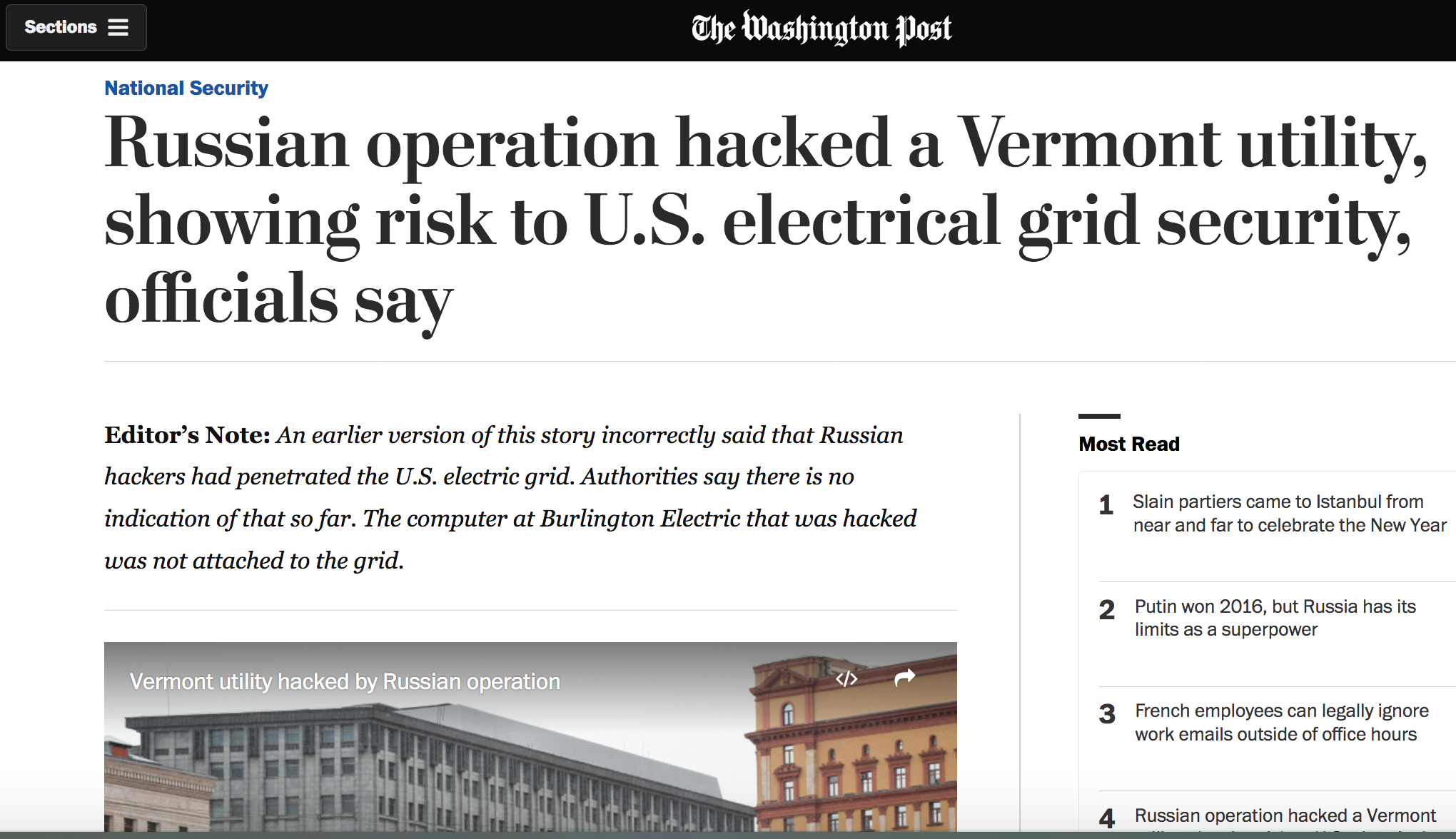 Here we go again with more Russia hysteria, courtesy of the Washington Post.

Any time a story comes out of Washington Post, readers should realize three things. First, WAPO is a regular attendee at the secretive elite Bilderberg annual conference, has been for decades. Two, so is WAPO’s relatively new owner, Amazon mogul Jeff Bezos. Three, Bezos literally works with the CIA, having taken contracts worth hundreds of millions of dollars from the agency to provide its cloud data storage.

When those three facts are taken into account, it’s a lot easier to consider the possible agendas at play when you hear that the paper was forced to retract an unfounded story scaremongering that Russian hackers penetrated the US electric grid.

The original story was that a virus was found in a laptop at a Burlington, Vermont electric company, and that virus was proof that a Russian hacking operation penetrated America’s power grid.

WAPO was forced to retract, adding this editor’s note:

“An earlier version of this story incorrectly said that Russian hackers had penetrated the U.S. electric grid. Authorities say there is no indication of that so far. The computer at Burlington Electric that was hacked was not attached to the grid,” the editor’s note read.

Do you really think an accusation like this was just a casual “mistake”? Do you think a paper like the Washington Post doesn’t have an editing and vetting process for what goes to print?

The editor’s note comes a little late, as the Cold War-like panic over Russia hacking what we’ve been told over and over for years now is our extremely vulnerable power grid already occurred. The original story prompted a flurry of angry accusations, with Vermont Gov. Peter Shumlin calling Russian President Vladimir Putin a “thug” in a written statement quoted excessively all over the mainstream media.

“Vermonters and all Americans should be both alarmed and outraged that one of the world’s leading thugs, Vladimir Putin, has been attempting to hack our electric grid, which we rely upon to support our quality-of-life, economy, health, and safety,” said Shumlin in a written statement.

The damage the story caused has already been done, which seems to be the whole point of Russian hysteria “stories” like this.

The propaganda war against Russia (and the American people) is in full swing. We should also keep in mind two more things: A) domestic propaganda dissemination by the U.S. government against its own citizens is now officially legal (here’s why) and B) Obama just signed the “Countering Disinformation and Propaganda Act” into law, also called the Countering Information Warfare Act of 2016.