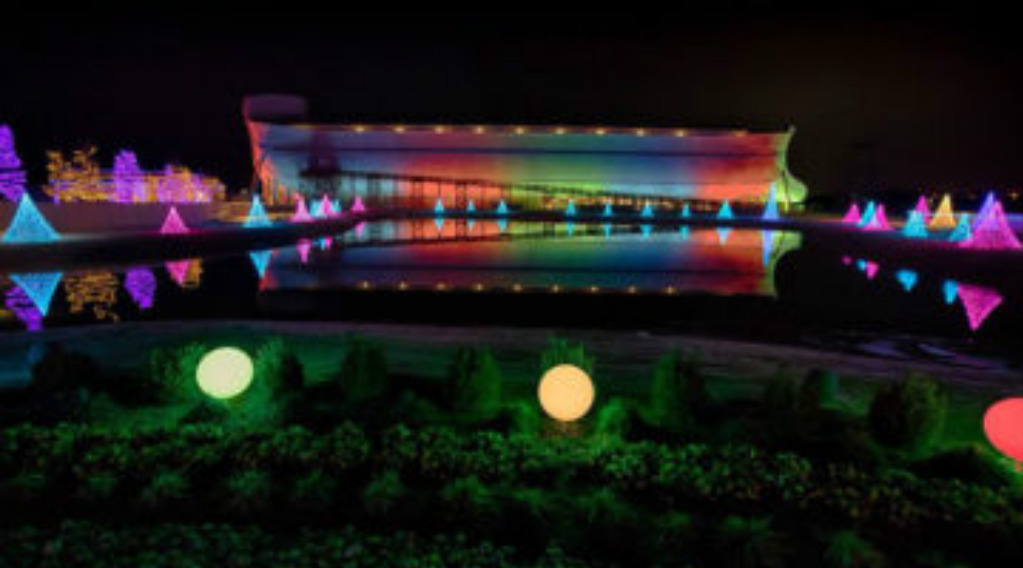 This story may be the must bemusing and illogical of 2016, and it happened as the year came to a close.

is the Founder and CEO of Answers in Genesis and the creator of the amazing Ark Encounter in Williamstown, Kentucky. He is also a leader in the conservative evangelical community, where his work focuses on Biblical creationism and Christian apologetics. He and his team recently made the decision to use the rainbow as part of the decoration in their Ark Encounter Christmas celebration.

Visit the Ark at dusk to see it illuminated with rainbow colors as a testament to the true meaning of the rainbow. After the Flood, God designated the rainbow as the sign of His covenant to never again destroy the whole earth with water.

The rainbow has long been a part of Christian history, tradition, and doctrine, but apparently some LGBT activists don’t appreciate the symbol they stole being stolen back from them. In a letter to the editor of the Cincinnati Enquirer, one lesbian activist opined about how shocked she was that these Christians were misappropriating a symbol of love.

“Ham trying to poison a symbol of love.

I found it quite disheartening to read that Ken Ham of the Ark Encounter is trying to poison the original intent of the rainbow coalition as a symbol of love and inclusiveness of all — regardless of race, religion, gender identity — by using it to promote bigotry Dec. 24.

I very much doubt that this is what Jesus and Christianity represent.

Although I had never intended to visit the ark in the first place, now wild horses could not drag me there. I urge others to think about what they are supporting before visiting this theme park.”

The letter to the editor is absurd and ironic, as well as a little bit sad. The woman obviously has no idea about the history of the rainbow in Christianity, nor does she realize that the LGBT movement’s appropriation of the rainbow is a relatively recent development.

Well, I do agree that some people are trying to “poison the original intent of the rainbow” — but it’s not our Ark Encounter! (Today’s letter in the Enquirer newspaper of Cincinnati; see below.)

It’s a kindler and gentler response than the writer of the letter deserved, but Ham hit all the right notes, using Scripture to prove that Christians (and Jews) had a claim on rainbows LONG before the LGBT lobby ever thought to use it.