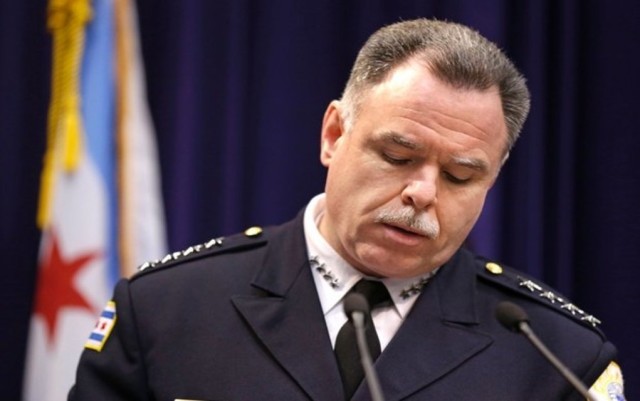 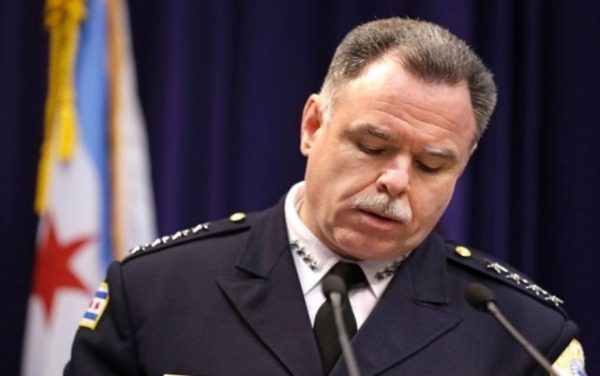 According to The Hill, McCarthy blamed protests against police brutality in cities like Baltimore, Ferguson, Mo., and Charlotte, N.C., for creating a “political atmosphere of anti-police sentiment.”

“So what’s happening, and this is ironic, is that a movement with the goal of saving black lives at this point is getting black lives taken, because 80 percent of our murder victims here in Chicago are male blacks,” McCarthy said during a radio interview with John Catsimatidis on AM 970 in New York on Sunday. “Less than half of 1 percent of all the shootings in this city involve police officers shooting civilians.”

McCarthy was fired last year from his position as Police Chief over the controversy caused by a fatal police-involved shooting in October 2014 of a black 17-year-old named Laquan McDonald.

Dashcam footage released a year after the shooting showed the teenager being shot more than a dozen times while walking away from officers.

An involved officer was charged with first-degree murder.

McCarthy admitted that it was a “bad shooting” and the officer deserved punishment, but argued that the uproar over police brutality is “hamstringing” law enforcement.

“We are very clearly going down the wrong path,” he said Sunday.

“I think the Trump election quite frankly is a reaction to that,” the former Police Chief said. “I think the people are tired of career politicians who’ve never really had a job telling us how we should think and how we should act.”

McCarthy’s words come just days after one of Los Angeles’ top policemen filed a restraining order against a leading Black Lives Matter activist who has allegedly been stalking him and making violent threats against him and his children.

Courtesy of Planet Free Will

Joseph Jankowski is a contributor for PlanetFreeWill.com. His works have been published by recognizable alternative news sites like GlobalResearch.ca, ActivistPost.com, PrisonPlanet.com and ZeroHedge.com.