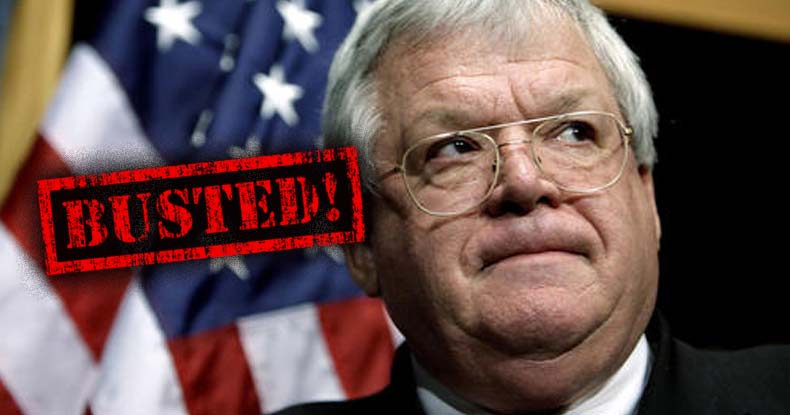 Why is it so hard to believe congressmen in Washington wouldn’t be delving into the disgusting realms of pedophilia? Pizzagate, the fabled rumor of child sex slaves being held in Washington, DC pizzerias caused quite a controversy in late 2016. But as we embark into 2017, the idea of those in power participating in this gruesome habit is not far-fetched at all. In fact, as we will show, it’s disgustingly common.

But no sooner did the controversy begin than it was immediately rejected by the mainstream media, seemingly replaced still unproven statements the Russians had attempted to cyber-hack the presidential election of 2016. The attention span of Americans was then redirected by press conferences, some led by President Obama himself, claiming the consensus of the intelligence community agreed the Russians engaged in cyber-attacks intent on helping Donald Trump become the next president.

One could say a pattern has now emerged with how the mainstream media deals with stories it does not want to investigate or have uncovered: Reject, Replace, and Redirect. All of which leads us back to Pizzagate, and the question of whether or not the rich and powerful, politically elite, are engaged in sex with children. While Pizzagate itself may not be a provable idea, to dismiss it like it is impossible is simply irresponsible — especially given the history of people in authority in this country.

Are the autocrats somehow morally immune from lewd acts from children? Do they somehow possess moral superiority over the clergy, the military, the police, or teachers? Absolutely not! But if the mainstream media continues to reject, replace, and redirect attention away from the question, Americans will never know the truth.

Public servants are to be held to a higher standard. But across all aspects of our society, public servants everywhere have engaged in sex with children. Americans are very familiar with the early 2000’s scandal that plagued the clergy, especially within the Catholic Church. A sickening pattern emerged of discovery, cover-up, and re-assignment of rapist priests within the church. Lawsuits by victims led to millions being paid out by the dioceses, and official apologies from the church. Countless Catholics, so repulsed by the child sex abuse by priests, fled the church to mainly Evangelical houses of worship, having lost all faith in their religious establishment.

Teachers are not immune either. Who could forget Mary Kay Letourneau, Debra Lafave and others who all made the perp walk across our television screens having been found guilty of violating the sacred trust of parents who allowed their children to be in their care? Their years of education, status within the community, was not enough to afford them even the slightest measure of protection from prosecution, or public scrutiny.

Police officers are no different, often using their badges to get into the pants of teens and children. As The Free Thought Project has extensively reported, officers all across the country have engaged in their pedophilic desires to have sex with children. One “deputy of the year” was charged with raping three girls. Another was accused of having gay sex parties with minor boys. A school resource officer was arrested for having sex with a student, and still another was arrested for raping boys. These officers of the peace were more interested in getting a piece than they were protecting their victims from known pedophiles.

Judges aren’t immune either. The chief U.S. district judge in Washington, D.C., Richard W. Roberts, resigned after allegations emerged he’d raped a 16-year-old repeatedly while she was a witness at a trial involving the man who shot Hustler Magazine founder Larry Flynt. Roberts was a civil rights attorney at the time, and was later appointed as a judge by former president Bill Clinton. “The suit claims that Roberts used that access to deceive Mitchell and her parents into trusting him. After gaining their trust, he drove her to a hotel, where he forced her up to a room and raped her, the suit alleges,” according to NBC News.

As TFTP reported, Arkansas judge Joseph Boeckmann resigned after it was revealed he’d lessened the sentences of several male defendants in exchange for sex. At least one of the victims was a teenager.

It’s not just American politicians either. Last month, TFTP brought you the story out of Norway, whose authorities seized the largest amount of child pornography in the country’s history! A whopping 150 terabytes were confiscated, the equivalent of over 35,000 child-porn DVDs!

The investigation quickly led to arrests of, “51 people, all men, are so far involved in the case. 24 of them come from Hordaland and Sogn og Fjordane. 26 come from other areas of Norway, from Southeast to Finnmark in the north. Among the accused offenders, there is also one Swedish national. Two politicians, one Labor politician from Oslo and a former national Progress Party (FrP) politician from Eastern Norway are involved in the case.”

The former speaker of the house, Dennis Hastert admitted to raping children and was subsequently sentenced to 15 months in jail. Hastert happens to have a long and friendly past with none other than the Podesta family. These are undisputed and admitted facts — yet people ridicule those who actually investigate these claims.

The MSM seems perfectly content with letting disgraced congressmen former House Speaker Hastert and Anthony Weiner fill that story role for the moment. Weiner, supposedly engaged in a sexting relationship with an underage teenager from North Carolina. Given the sheer numbers of pedophiles in power, it would be downright irresponsible to assume there are no more politicians hiding thier sick habits behind the confines of marble buildings.

Will 2017 be the year that some form of Pizzagate gets revealed as truth and not just mere fodder for conspiracy theorists? Only time will tell. For now, alternative media will continue to receive each allegation of sex with children by Washington’s elite as serious as it views badge abuse, and government corruption. But we cannot help but believe the dam is about to break on the scandals along with the MSM’s practice of rejection, replacement, and redirection. It’s time for someone to blow the whistle, for the sake of the children.

Before you so easily dismiss it, listen to the following words from Jessa Dillow-Crisp, who recently testified at the Colorado State Capitol, during Human Trafficking Awareness and Advocacy Day, about the horrible experiences that she had in her past.

“I was a little girl and was sexually abused by family members. I had to pose for pornographers and was sold to countless men on a daily basis,” she said.

To make matters even more hopeless for the woman, she was unable to report the abuse or go to the police because there were a number of police officers who were actually involved in the kidnapping and abuse.

“There was gang raping, the police officer who handcuffed me and raped me, told me I would be put in jail if I opened my voice,” she said.

“I had somebody very close to me tortured and she eventually died in front of my eyes. This stuff happens and I’m here to tell you the reality of its existence.”

They hope you DIE: Democrats kill Virginia bill that would have allowed ivermectin to be prescribed for covid
January 27th, 2022 DC Dirty Laundry

New York Nurse Whistleblower On Botched COVID Shots On Children: “Some People Got The Wrong One” (Video)
January 27th, 2022 Sons of Liberty Media