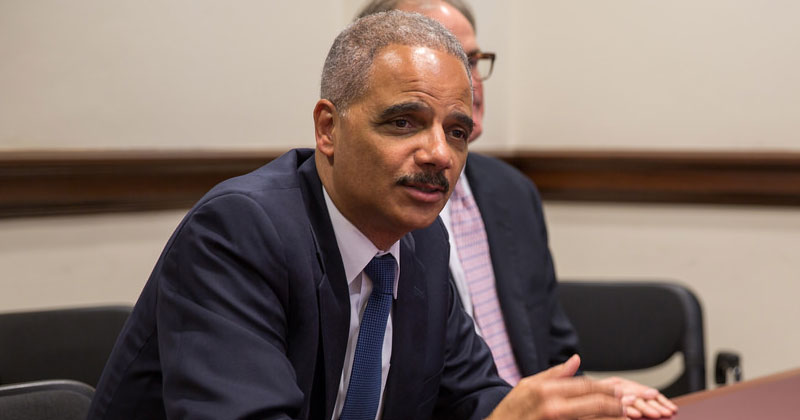 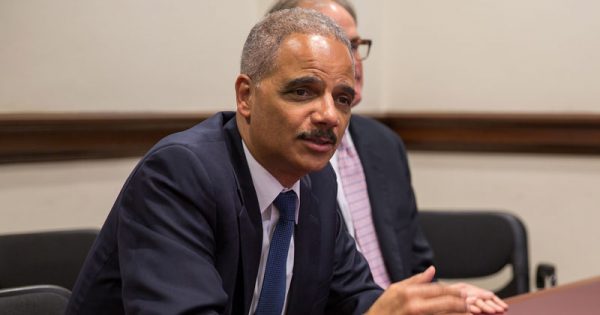 The decision by the Legislature to retain Mr. Holder, who is now a prominent Washington lawyer, is the latest sign of the ideological battle that may play out over the next four years between this predominantly Democratic state and Washington. Hillary Clinton, the Democratic candidate for president, defeated Mr. Trump by more than four million votes here.

“Having the former attorney general of the United States brings us a lot of firepower in order to prepare to safeguard the values of the people of California,” said Democrat Kevin de León, the Democrat leader of the Senate, in an interview with NYT. “This means we are very, very serious.”

The values of the people in California or the socialists and communists there in their metropolitan areas?

“It was very clear that it wasn’t just campaign rhetoric,” Mr. de León said of Mr. Trump’s proposals over the past year. “He was surrounding himself with people who are a very clear and present danger to the economic prosperity of California.”

What economic prosperity is this man speaking about? In January 2016, the San Francisco Chronicle pointed out that the Golden State is more than $400 billion in debt! That’s far more than the $2o something billion cited by elected representatives.

California is a liberal’s dream come true as it pushes towards a communist utopia. While California does well economically in the private sphere, it’s their government that is the problem with its spending and tyrannical regulations.

“I am honored that the Legislature chose Covington to serve as its legal adviser as it considers how to respond to potential changes in federal law that could impact California’s residents and policy priorities,” Mr. Holder said in a statement. “I am confident that our expertise across a wide array of federal legal and regulatory issues will be a great resource to the Legislature.”

Expertise? In what? Knowing how to get around the law? Get your friends to illegally hold up representatives from being able to hold you accountable? Maybe get executives to enact executive privilege? Engage in illegal arms trafficking? Or ignore an elected body’s request for documents?

Holder has engaged in this and more. He was even held in contempt of Congress!

So, what does this tell us? Well, from my perspective, it tells us that the Democrats in the State of California are just as crooked as those in DC if they will hire the likes of Eric Holder.