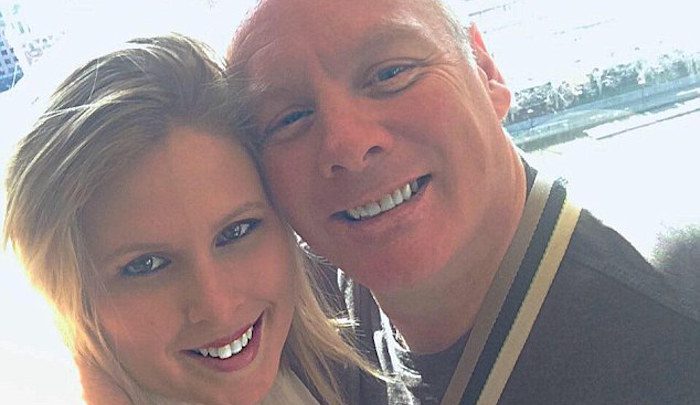 Sometimes there is a degree of honor and bravery that is unmatched. Such is the story of Kyle and Liana Tyrrell. As Liana was attacked by eight Muslims who called her a “white slut” and punched her in the face, her husband came to her rescue, fighting all eight off and putting one in the hospital.

A retired Iraq war veteran who fought off eight Muslim men after they attacked his wife has tried to put the record straight on what exactly happened that day.

Kyle Tyrrell, 48, had an altercation with fishermen on Victoria’s Surf Coast a year ago while standing up for his wife Liana.

Mr Tyrrell claimed that Liana was punched in the face at the Cosy Corner beach, in Torquay, after one of the men put a crab pot in the water and she told him the area was a marine sanctuary and fishing was banned.

In the fight that took place on Sunday, January 24, 2016, Mr Tyrrell suffered minor injuries, while at least one of the fishermen was taken to hospital. No charges were laid.

The retired lieutenant-colonel claimed that the attack was racially and culturally motivated after his wife was called a white sl** and a white w***e by the men.

However criticism that he has received about the incident on Facebook persuaded him to set the record straight on the incident. He confirmed that the men were Muslim and said he would ‘do it again in a heartbeat’.

Apparently, the Muslims were illegally catching crabs and cooking them. When Mrs. Tyrrell caught them and told them what hey were doing was illegal, they took offense at a woman telling them what to do and attacked her verbally and physically.

“His mates got close to me and then he made a run for my wife, that’s when I ran at him, he threw a punch which I ducked and the fight started. At no time could either my wife, daughter or I safely walk away,” Tyrrell wrote on Facebook.

“At that point five more joined the fight, one punching my wife as she attempted to get our daughter up the beach,” he added.

One of the men said to his wife, “Your husband needs to teach you a lesson.”

An interview with Tyrrell was featured in the Herald Sun.

One thing in the story I disagree with is that it should be illegal to catch crabs and cook them. I see no place for government to be involved in such things as people feeding themselves. However, the ideology that sees women as inferior, which is a part of Islam, needs to be corrected. Fortunately, Mr. Tyrrell gave these Islamists something to think about should they try this again.

. They need to be beat down and their 7th Century ideology smashed into dust. Well done, Mr. Tyrrell!