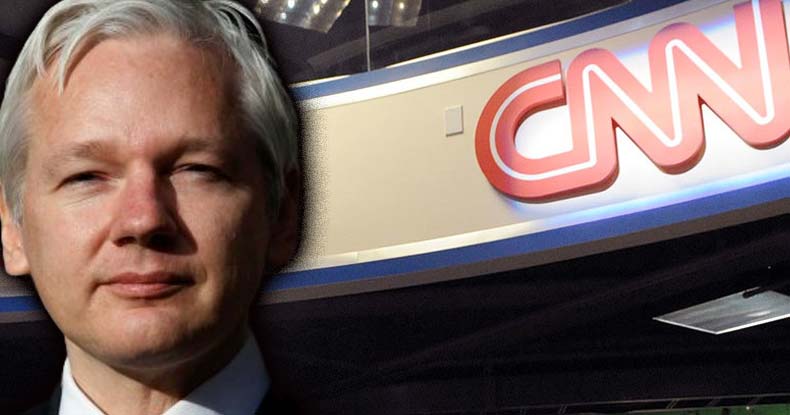 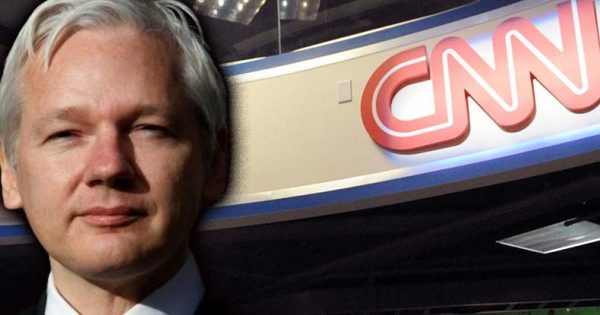 In a tweet on Wednesday, WikiLeaks announced the whistleblower outfit intends to sue CNN after a counter-terrorism analyst slanderously labeled Assange a pedophile.

WikiLeaks issued an ultimatum to the behemoth corporate media giant to either air a ‘one hour expose of the plot’ or be sued for defamation.

We have issued instructions to sue CNN for defamation:https://t.co/YLfyQ9ROCy

Unless within 48h they air a one hour expose of the plot.

The segment in question was an interview during which CNN had Phil Mudd, the ex-Deputy-Director of the CIA, “falsely calling Assange a ‘pedophile’.”

On CNN’s New Day program, Chris Cuomo asked Mudd why he disagreed with Assange’s denial that Russia was the source of the DNC leaks and Podesta documents.

Mudd responded claiming Sean Hannity’s interview of Assange “skirted the bottom line [of] do you know if the Russian’s were involved?… not ‘where did you get the information’.”

He then went on to attempt to discredit Assange through defaming his character in a bold-faced lie. Mudd referred to Assange as a “pedophile who lives in the Ecuadorian embassy in London.”

The piece was aired to millions and was then published on the program’s Twitter page. However, after apparently getting word of the suit, that tweet has since been deleted. In the midst of the Podesta leaks, multiple sites on the left began running with the narrative put out by the Daily Kos that Assange’s internet was cut because he was using it to sexually communicate with an 8-year-old girl.

The Clinton-loving Daily Kos cited a bogus report from the UN.

According to a widely shared Oct. 4 “United Nations Report” by a “United Nations Global Compact member organization” called T&C Network Solutions, the Royal Bahamas Police Force conducted a “criminal child sex offenses investigation” of Assange. The report, which is written in the style of a criminal indictment, goes on to state that Assange used a dating site called Toddandclare.com, which is owned by T&C Network Solutions, to send an “8-year-old juvenile (i) unlawful, indecent images and video media of himself performing lewd sex acts on a mobile camera device, and (ii) unlawful obscenity materials of a child pornographic nature.”

These bogus accusations were quickly retracted after they were found out to be false and were traced back to the dating website ToddandClaire.com, owned by T&C Network Solutions.

According to a WikiLeaks report, T&C Network Solutions was investigated to identify business filings and the entity’s directors, with negative results.

T&C Network Solutions is listed as the owner of www.ToddAndClare.com. A search of the ICANN WHOIS database results in a Registrant, Admin and Tech contact, which are all identical. The name of the contact is Julia Phillips. The organization is T&C Network Solutions. The mailing address is listed as 10685-B Hazelhurst Dr., Houston Texas 77043. The phone number is listed as 1.713.091.6111. The email address is listed as [email protected] The domain was registered on 20 September 2015.3 Google Streetview of the address shows a large anonymous warehouse or storage depot, with no references to the company.4 2 See Appendix 1 3 See Appendix 2 4 https://www.google.com/maps/@29.797081,­95.5615

When an investigation, conducted by a legal team representing Assange, attempted to verify the business using multiple sources, they could not.

While the request for a one-hour exposé on the plot may seem like a lot, this conspiracy to smear Assange goes so deep that it could take even longer.

Until then, however, WikiLeaks plans to follow through with the lawsuit to clear his name. The clock is ticking, CNN.