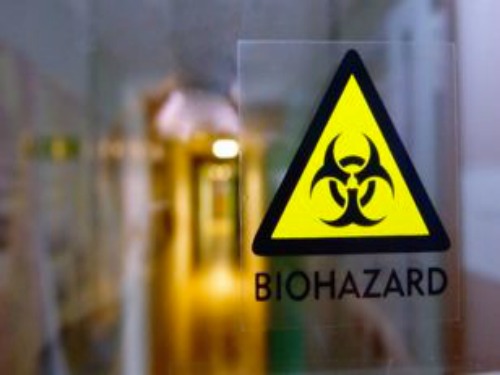 The ever-controversial and often dangerously inept Centers for Disease Control and Prevention (CDC) has been hiding some disturbing information from the public.

USA Today requested laboratory incident reports from the agency under the Freedom of Information Act. It took nearly two years for the agency to release them to the news outlet, and many of the reports were heavily redacted. The CDC blacked out many details – including the types of viruses and bacteria involved in lab mishaps. Often, entire descriptions of incidents were redacted.

But in several cases, clues about the seriousness of incidents were exposed, because CDC staff failed to consistently black out the same words repeated throughout a string of emails.

According to the reports, CDC scientists apparently lost a box of deadly and highly-regulated influenza specimens and experienced multiple potential exposures involving viruses and bacteria.

Failures of safety equipment were also revealed. In one particularly disturbing incident, a scientist wearing full-body protective gear to protect against lethal, often untreatable viruses like the deadly Ebola, had their purified air hose suddenly disconnect – “again” – in one the world’s most advanced biosafety level 4 labs.

For those who were paying attention during the Ebola scare of 2014, this will come as no surprise: the CDC’s handling of a few cases in the US and their confusing and often contradictory communication with the public about the virus was abysmal.

USA Today has been conducting an ongoing “Biolabs in Your Backyard” investigation, which has revealed hundreds of safety incidents at public and private research facilities nationwide and highlighted how many university, government, and private labs have fought to keep records secret about incidents and regulatory sanctions:

The USA TODAY investigation also exposed that more than 100 labs working with potential bioterror pathogens have faced secret federal sanctions for safety violations, yet regulators allowed them to keep experimenting while failing inspections, sometimes for years.

USA TODAY also revealed details about the operations and safety records of more than 200 high-containment labs across the nation, facilities whose identities have eluded even the Government Accountability Office.

The CDC attempted to downplay the seriousness of the incidents:

“None of the incidents described in these documents resulted in reported illness among CDC staff or the public,” the CDC said in a brief emailed statement. Where incidents involved “inventory discrepancies,” the agency said generally the problems were addressed without posing a risk to anybody. The CDC said incident reports cover a time period before the Atlanta-based agency created a new lab-safety office in the wake of three high-profile incidents during 2014 with anthrax, Ebola and a deadly strain of bird flu.

Perhaps the most concerning, 503 pages of reports about pathogens that are listed on the Federal Select Agent Program list (a list of potential bioterror agents) were so heavily redacted that USA Today said they looked like “Swiss cheese.” The CDC cited a 2002 bioterrorism law in defense of those redactions.

But USA Today pointed out that some of the redactions were especially puzzling:

However, in many cases, the CDC blacked-out information from lab incident reports that the agency often promotes when touting its capabilities and accomplishments on its website or in scientific journals, such as the fact that the CDC operates biosafety level 4 labs, the highest safety level, or that it studies specific organisms like the Ebola virus.

In 2015, the White House released a memo in which it called for greater transparency in releasing information about incidents involving select pathogens.

It appears that the CDC disagrees with that recommendation:

The CDC completely withheld 36 pages of lab incident records. In several other reports, the CDC redacted every word about what happened. In an August 2014 email with a subject line of “Lab Incident,” CDC blacked out the name and title of the writer. The author started the note: “When I came in this morning.” Then the agency has blacked out about 10 lines of text, citing the bioterrorism law. The agency, however, did disclose the writer’s final sentence: “Please let me know if you have any questions.”

Last year, USA Today won a Freedom of Information Act appeal and revealed that the CDC is among a small group of biolab operators nationwide that have the worst regulatory histories in the country, receiving repeated sanctions under secretive federal regulations.

Other incidents involved hazards including:

According to the CDC website, it serves as the “nation’s health protection agency.”

Its mission is “to protect America from health, safety and security threats, both foreign and in the U.S. Whether diseases start at home or abroad, are chronic or acute, curable or preventable, human error or deliberate attack, CDC fights disease and supports communities and citizens to do the same.”

If that is truly the case, it seems that the agency would indeed be more transparent in sharing information with the public.

But clearly we are on our own, and the best thing to do is take care of ourselves, hope for the best, and prepare for the worst.