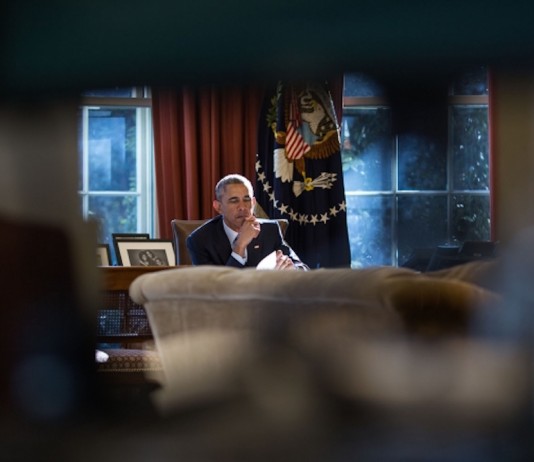 (INTELLIHUB) — Over the last eight years President Obama has unilaterally confiscated over 500 million acres of land, moving more than 80 percent of Nevada and 65 percent of Utah under control of the federal government.

In fact, the total amount of land confiscated by the feds under Obama would actually fill the state of Texas three times over!

As an MRC TV report recently noted, “While it’s certainly nothing new, Obama’s habit of unilaterally confiscating land has ramped up heading into the final stretch of his presidency. In the eight years he’s been in office, President Obama has seized more than 553 million acres of land and water (roughly 865,000 square miles) and placed it under federal ownership and control – enough square mileage to cover the entire state of Texas more than three times over.”

“In fact, the self-aggrandizing conservationist-in-chief has placed more land and coastal areas under federal control than any other president in history, shutting off millions of miles of land to energy production or human settlement, along with shifting it outside the scope of local and state jurisdictions,” the report continued.

Astonishingly, President Obama’s use of executive land grabs under the Antiquities Act now makes up almost 20 percent of the entire amount of times any president has used the act to bring state land under federal control.

“Wielding the Antiquities Act of 1906, Obama has seized vast swaths of land and water for the federal government a total of 29 times, claiming more than 260 million acres as federally-protected spaces in 2016 alone (including a more than 100-million-acre plot in Alaska that amounts to the size of New Mexico).”

Clearly Obama has had an agenda when it comes to the use of the Antiquities Act and we are now seeing that sinister agenda come to fruition, especially with his latest land grab which could, by itself, start yet another confrontation between patriots and the feds.

Just last week I reported on the unbelievably corrupt action taken by the lame duck president in which he unilaterally declared the entire area surrounding the Bundy Ranch, including where the original standoff took place, as a new national monument.

“With a stroke of the pen President Obama has unilaterally declared vast swaths of land in Utah and Nevada as two new national monuments, thus putting them under control of the federal government,” read the report.

“Startlingly, the area in Nevada includes the site of the infamous Bundy Ranch standoff as well as land very close to the Bundy Ranch itself. With this move Obama has possibly triggered another armed standoff while also heading off any moves set to be made by incoming president Donald Trump.”

Patriots across the country are already gearing up for another possible showdown over this sickening abuse of power, especially when you consider the fact that even if incoming President Trump wanted to reverse this decision he may not actually be able too.

As I noted in the report, The Hill and other corporate news outlets have reported that undoing Obama’s latest national monument designations would “likely require” a prolonged legal battle.

“No president has ever reversed a predecessor’s actions to create a monument under the Antiquities Act. The Obama administration and environmental groups argue it can’t legally be done, though some Republican lawmakers argue otherwise.”

With literally hundreds of millions of acres taken out of the control of the states across eight years, Obama has become one of the biggest land grabbers in the history of the presidency. And make no mistake, the move to include the area of the Bundy Ranch was a purposeful and direct attack on American patriots throughout the country.