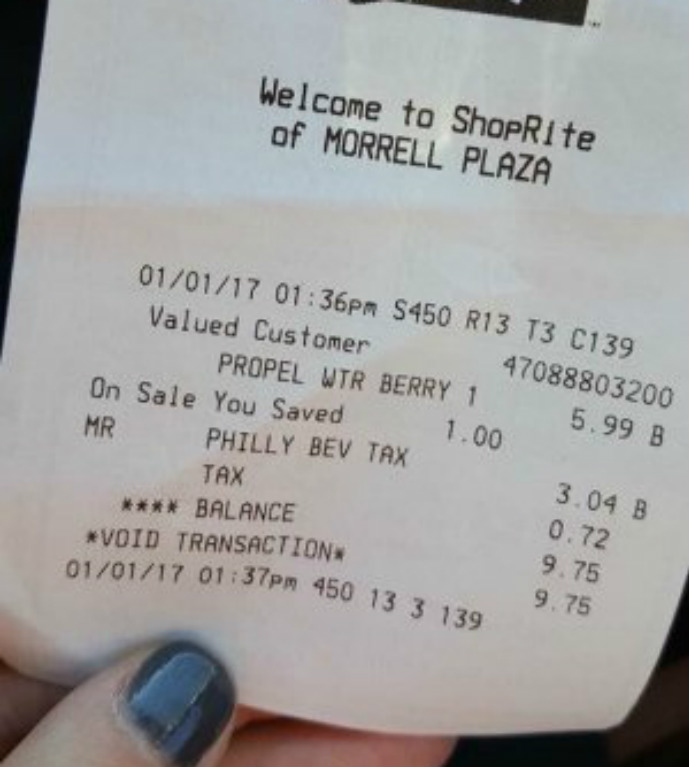 That’s what Philadelphians woke up to on January 1, when a soda tax approved last June by the Philadelphia City Council and Democrat mayor Jim Kenney went into effect.

The proceeds from the soda tax ostensibly will go to expand “early childhood education”. It is expected to raise about $91 million annually to be spent on expanding prekindergarten programs in the city; creating community schools; improving parks, recreation centers, and libraries; and offering a tax credit for businesses that sell healthy beverages.

Philadelphia’s 1.5-cent-per-ounce soda tax, the first such tax imposed in a major U.S. city, affects thousands of products – essentially anything bottled, canned, or from a fountain with either sugar or artificial sweetener added, with a few exceptions. That means a 12-oz bottle of regular or diet soda will have 18 cents added to its retail price, in addition to what Philadelphia (2%) and the state of Pennsylvania (6%) charge as sales tax.

That doesn’t sound too bad until you look at the receipt below, for a 10-pack of Propel Zero Berry Water Beverage Powder Mix (source: The Burning Platform).

Many people are saying they will go out of Philadelphia rather than pay the hefty soda tax. Others, like Carl Saulsbury, say they will change what they buy: “So now I know. I’m buying water, water, water.”