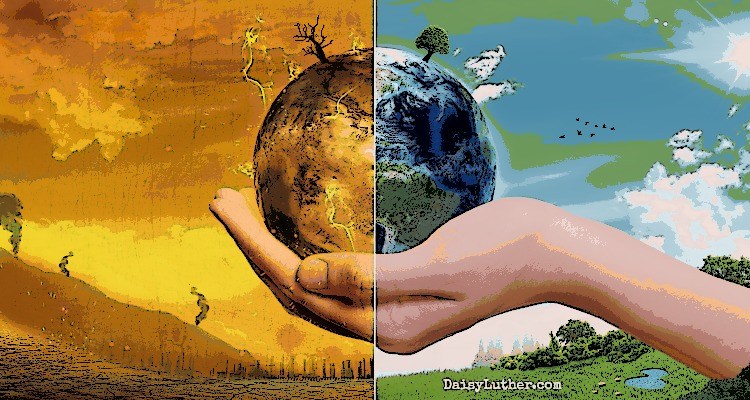 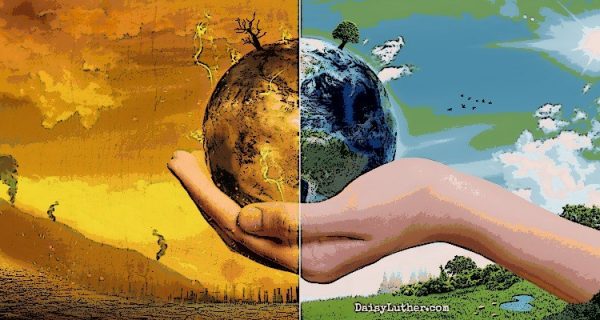 No one knows how to profit from scaring the pants off of people quite like the government. And they don’t even need an actual threat to make it happen.

These are both naturally occurring, cyclical events that have been happening since the dawn of the Earth. It’s only recently, though, that governments and their wealthy cronies figured out a way to monetize it with the added bonus of being able to exert even more control over the people of the world.

Many things can cause the climate to change.

So what about this fanatical fear of climate change?

Back when Al Gore freaked out the world with his pseudodocumentary, An Inconvenient Truth, climate change began to be called “global warming.” Scientifically called anthropogenic global warming (AGW), this “fact” states that man, and the industrialization we have come to rely on, has caused the current spike in greenhouse gasses.

It started during the Industrial Revolution with the massive amount of fossil fuels burned to keep the factories running. It continues today because of the number of cars on the road. It also continues because of our love of meat, which means more livestock burping, farting, pooping, and increasing the methane in the atmosphere.

Of course, AGW exists. I’m not saying that there is no such thing as global warming or climate change.

It’s a provable fact that every action has an effect. We, as a species, add to the amount of greenhouse gasses produced.

But it is how much we add that is debatable.

The temperatures would have been on the rise anyway. We are at that part of the cycle.

After this period of warming, the planet will cool again. In fact, it will get so cold we will have an ice age. Then it will start to warm up again to a period called an interglacial – like the one we are in now.

The earth is essentially a cold place that warms periodically, allowing life to flourish – then it cools again.

So why would governments blame humans for the global warming that is occurring?

This sums it up:

A data set of figures, however long you compile them for remains just a set of figures unless you correlate them to something to prove a link. So, these ‘how much of a grant did you say I’d get?’ scientists were told what needed to be proven and they said okay, the industrial revolution happened and carbon dioxide rose…it’s all our fault. They either didn’t look back far enough or chose not to include certain rather important chunks of information.

More and more people are putting two and two together and coming up with the undeniable truth that climate change is a hell of a good way of raising money. Think Cap and Trade and fines for companies who pump out too many gases. (source)

Quite a few scientists believe that rather than warming up, the planet is going to be cooling down in the not too distant future.

Of course, that doesn’t help the government spread fear that the globe is going to erupt into a ball of flames, so you don’t hear much about it.

The Maunder and Dalton Minimums were periods in history where the winters in Europe were bitterly cold for months on end and the summers were cooler and wetter than they are now. both periods, but more so the Maunder Minimum brought many hardships to the period known as The little ice Age.

“We show that the possibility of a collapsed AMOC under global warming is hugely underestimated,” said Wei Liu, a postdoctoral associate in the Department of Geology and Geophysics at Yale University and lead author of the study.

“In current models, AMOC is systematically biased to be in a stable regime,” Liu said. “A bias-corrected model predicts a future AMOC collapse with prominent cooling over the northern North Atlantic and neighboring areas. This has enormous implications for regional and global climate change.” (source)

This isn’t the only evidence that we could be heading into a major cooling period in the near future. As far back as 2008 Professor Emeritus of Geology at Western Washington University, Don Easterbrook made the case for a period of deep cold in the coming decades.

They’ll force gigantic carbon taxes and fees on average people while selling waivers and exemptions to the companies that are the biggest culprits of in the first place, allowing them to spew pollutants and greenhouse gasses unchecked.

We will continue to pay more for everything to cover the costs of a perfectly natural phenomenon that has been going on since before mankind even existed.

Despite this, the cycle will proceed because that is just how the Earth works.

Even if an overnight ban on all forms of fossil fuel use came into force tonight, the climate would continue to change.

If all factories immediately ceased operations and closed their doors, climate change would not stop.

The climate, just like the Earth itself, never stands still. It’s dynamic and ever evolving. That will continue just as it always has.

Meanwhile, we’ll all get carbon-taxed into poverty as the government and a few cronies bask in the wealth acquired from the fear of extinction they have created.

If you haven’t signed up for daily news updates, survival tips, and free stuff, you can do it here.