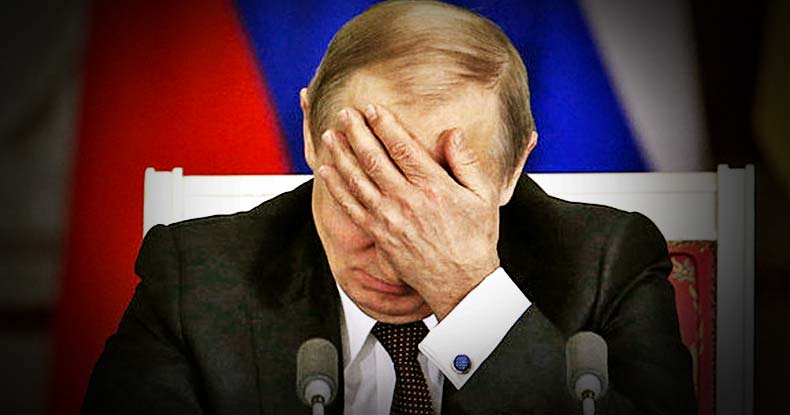 After months of hyperbolic assertions, Russian State actors — and possibly even President Vladimir Putin, himself — undertook a coordinated campaign to meddle in the U.S. presidential election to throw the vote in favor of Donald Trump, three intelligence agencies have finally proffered alleged proof to back their claims.

However, the report — claiming Putin “ordered” this campaign — reads more like a hit piece than a studied and cautious analysis. Worse, the first media outlet to publish the report was none other than the Washington Post, whose ever-heightening McCarthyite articles — many since retracted — have parroted the government’s claims sans investigation or evidence.

“We assess Russian President Vladimir Putin ordered an influence campaign in 2016 aimed at the US presidential election. Russia’s goals were to undermine public faith in the US democratic process, denigrate Secretary Clinton, and harm her electability and potential presidency,” the report boldly states, citing Moscow’s “longstanding desire to undermine the US-led liberal democratic order.”

Further, while the FBI and CIA claimed to have high confidence in the assessment, this murky report came only with moderate confidence of its accuracy from the one agency who would have the most comprehensive electronic records of such a campaign: the NSA.

“We further assess Putin and the Russian Government developed a clear preference for President-elect Trump,” the report alarmingly continues. “When it appeared to Moscow that Secretary Clinton was likely to win the election, the Russian influence campaign then focused on undermining her expected presidency.”

Additionally, the report continues, the three agencies “assess with high confidence that Russian military intelligence (General Staff Main Intelligence Directorate or GRU) used the Guccifer 2.0 persona and DCLeaks.com to release US victim data obtained in cyber operations publicly and in exclusives to media outlets and relayed material to WikiLeaks. […]

“Russia used trolls as well as RT as part of its influence efforts to denigrate Secretary Clinton. This effort amplified stories on scandals about Secretary Clinton and the role of WikiLeaks in the election campaign.”

Their reasoning and proof?

“A journalist who is a leading expert on the Internet Research Agency claimed that some social media accounts that appear to be tied to Russia’s professional trolls—because they previously were devoted to supporting Russian actions in Ukraine—started to advocate for President-elect Trump as early as December 2015.”

In other words, an unnamed, alleged journalist ostensibly concluded that outlets who reported on Russia’s actions in Ukraine — a country whose coup was supported by the U.S. government — and appeared to support the candidacy of Trump are now thus tied to the Russian government.

And the NSA, CIA, and FBI expect the public to swallow that an unnamed journalist’s personal opinion drove a significant portion of their conclusion not only Russian actors, but Putin himself, successfully swayed the vote away from Hillary Clinton.

While RT might be a Russian state-run media organization, the outlet never came out in support of Trump or Clinton — in fact, RT did what a number of independent and alternative media outlets did — reported the factual evidence of rampant corruption in the Democratic establishment exposed in documents published by Wikileaks.

Indeed, select members of the intelligence community have relentlessly conflated RT, Wikileaks, and alternative media with a Russian propaganda machine — providing exactly zero evidence to prove the claim. Former intelligence officials came forward Thursday to denounce claims those documents had even resulted from a hack — as, again, the NSA would be instantly aware and eager to provide proof.

On top of simply relying on this seemingly magical journalist, the report claims RT’s coverage of third party candidates was a deliberate attack on the very fabric of US democracy.

In an effort to highlight the alleged “lack of democracy” in the United States, RT broadcast, hosted, and advertised third party candidate debates and ran reporting supportive of the political agenda of these candidates. The RT hosts asserted that the US two-party system does not represent the views of at least one-third of the population and is a “sham.”

As we’ve pointed out here at The Free Thought Project on numerous occasions — the two-party paradigm is a sham.

This new report — heralded as proof positive of Russian government election meddling — does little to bolster confidence from the public the claim isn’t just hot air.

“Cyber operations against targets” is phenomenally broad and proves nothing — and fails to address that Clinton campaign chair John Podesta fecklessly used the word “password” for his password — something Wikileaks founder Julian Assange notes a 14-year-old could discern.

Secondly, the claim Russia somehow hacked any U.S. electrical grid has proven preposterously untrue thus far — so much so, in fact, the Washington Post’s claim Vermont’s power grid was compromised has since been fully retracted for being literally the Fake News it rails against, and completely false.

This report — wholly lacking solid evidence of the vociferous, dangerous accusations it proclaims — portends a drawn-out, heavy-handed campaign by the government of the United States to censor dissenting thought, speech, and independent reporting unacceptable to the political establishment.

Without proof, the U.S. political establishment and outgoing Obama administration just pinned an accusation on Russia, an act that, according to an Executive Order, could result in military aggression.

And all of this because Clintonites refuse to accept the nastiness, corruption, and collusion exposed in authentic documents — and just eat crow.