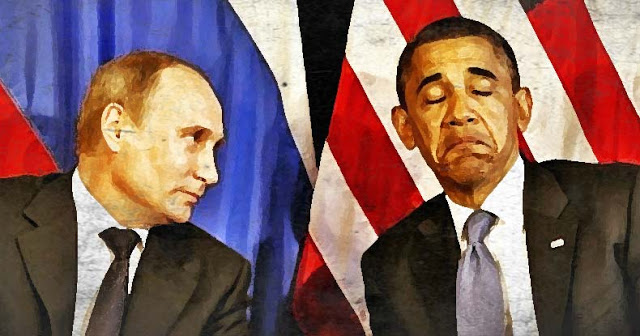 In an op-ed for the Baltimore Sun, two former, high-ranking intelligence officials tore apart the Obama administration’s vocal and as-yet unproven claim The Russians interfered with the U.S. election — and hacked systems of the Democratic establishment — to ensure a Donald Trump win.

However, as William Binney, former NSA official turned whistleblower, and Ray McGovern, veteran award-winning CIA officer turned political activist, explained, the utter lack of evidence presented by current intelligence officials to back up the allegations indicates the possibility none exists.

“The long anticipated Joint Analysis Report issued by the Department of Homeland Security and the FBI on Dec. 29 met widespread criticism in the technical community,” they wrote, referring to the sole public disclosure of putative evidence. “Worse still, some of the advice it offered led to a very alarmist false alarm about supposed Russian hacking into a Vermont electric power station.”

Deeming it watered down, “thin gruel,” Binney and McGovern excoriated the disclaimer-emblazoned report’s vapid claims, noting the deafening absence of comment from the NSA, CIA, and Director of National Intelligence James Clapper.

Notorious for disseminating disinformation, Clapper testified before the House Armed Services Committee on Thursday to defend the Russian meddling dogma amid promises a full report from several — but not all — agencies of the intelligence community.

Trusting a word Clapper utters is a game of Russian roulette — pun intended — as Binney and McGovern explained, considering he has a proven record of egregious lies leading to the deaths of millions of innocent people:

“When Pentagon favorites like Iraqi émigré Ahmed Chalabi plied U.S. intelligence with spurious ‘evidence’ on WMD in Iraq, Mr. Clapper was in position to suppress the findings of any imagery analyst who might have the temerity to report, for example, that the Iraqi ‘chemical weapons facility’ for which Mr. Chalabi provided the geographic coordinates was nothing of the kind. Mr. Clapper preferred to go by the Rumsfeldian dictum: ‘The absence of evidence is not evidence of absence.’ (It will be interesting to see if he tries that out on the president-elect Friday.)

“A year after the war began, Mr. Chalabi told the media, ‘We are heroes in error. As far as we’re concerned we’ve been entirely successful.’ By that time it was clear there were no WMD in Iraq. When Mr. Clapper was asked to explain, he opined, without adducing any evidence, that they probably were moved into Syria.”

Following that chain of events, arrant devastation first visited Iraq in the military conquest to depose Saddam Hussein — inaccurately portrayed in American corporate media and by U.S. officials for a brutal dictatorship and possessing the aforementioned weapons of mass destruction.

Clapper’s vacuous assertion said nonexistent WMDs found their way to Syria became a critical detail as the U.S. military is currently hell bent on repeating with President Bashar al-Assad the nefarious plot it attempted with Hussien.

Indeed, the head of U.S. Intelligence proffered flagrantly false statements to Congress in March, 2013, on the extent of the NSA’s domestic surveillance programs. When Edward Snowden blew the whistle just four months later — sending a sizable shockwave around the world — Clapper ate crow and apologized to the Senate for his “clearly erroneous” false testimony.

Binney and McGovern, with award-winning and longtime careers in intelligence to bolster their case, note the glaring inconsistency in officials’ reliance on ‘circumstantial’ evidence — overwhelming or not — given the “NSA’s vacuum cleaner sucking up hard evidence galore.”

Until hard evidence comes to light, this narrative bears all the hallmarks of a fanciful, purposeful fabrication. Even Clapper’s claim Democratic systems were hacked and information then given to Wikileaks is strikingly threadbare, as the two veteran intelligence officers continue in detail:

“Hack: When someone in a remote location electronically penetrates operating systems, firewalls or other cyber-protection systems and then extracts data. Our own considerable experience, plus the rich detail revealed by Edward Snowden, persuades us that, with NSA’s formidable trace capability, it can identify both sender and recipient of any and all data crossing the network.

“Leak: When someone physically takes data out of an organization — on a thumb drive, for example — and gives it to someone else, as Edward Snowden and Chelsea Manning did. Leaking is the only way such data can be copied and removed with no electronic trace.

“Because NSA can trace exactly where and how any ‘hacked’ emails from the Democratic National Committee or other servers were routed through the network, it is puzzling why NSA cannot produce hard evidence implicating the Russian government and WikiLeaks. Unless we are dealing with a leak from an insider, not a hack, as other reporting suggests. From a technical perspective alone, we are convinced that this is what happened.”

It’s time for Clapper and his devious ilk to provide unassailable evidence proving the dubious Russian election interference theory — preferably with substantive explanation for Russia’s motivation — before the U.S. government capriciously lies its way into yet another war.