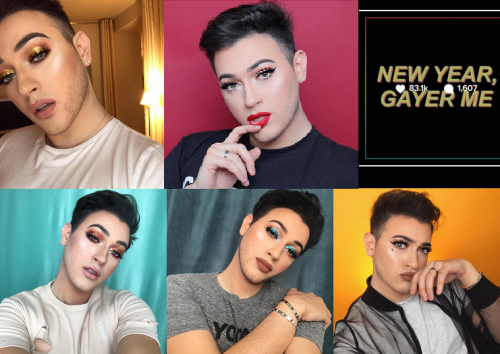 Manny Gutierrez, 25, is an openly-homosexual vlogger (video blogger) who calls himself a “beauty youTuber,” giving beauty tips on YouTube. He is one of a group of “wildly popular” men who wear makeup who have been nicknamed “beauty boys,” Elle Magazine reported.

He said he was raised a Mormon, now lives in San Diego, and that wearing makeup makes him feel “empowered”.

Gutierrez has more than 3 million followers on Instagram and almost 2.2 million YouTube subscribers. Net Worth reported that his net worth is estimated at about $350,000.

Below are more pics of Manny “beauty boy” Gutierrez posted to Instagram, which are sure to inspire you to dash out and buy Maybelline cosmetics! Don’t you just love the beard stub?

Maybelline actually is late to the game.