Holiday sales for many traditional stores were pretty abysmal this year… Amazon far and away captured the majority of online sales. 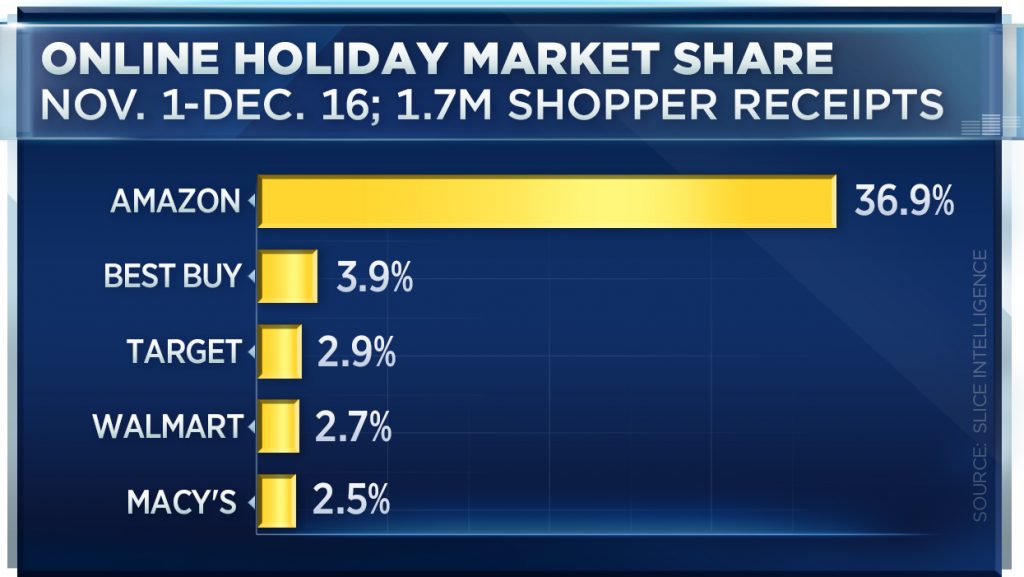 Stores like Macy’s, on the other hand, actually saw a sales decrease during one of the most crucial shopping times of the year.

Now The New York Times reports the store chain will be closing 100 stores and cutting over 10,000 jobs.

The company, which now has 730 stores, announced in August that it would close 100 of them. On Wednesday, it identified 68 stores to be closed.

Some employees may be offered positions at nearby stores, but Macy’s estimated that 3,900 workers would be affected by the closings. It also said it planned to restructure parts of its business, leading to a reduction of an additional 6,200 jobs. Over all, the job cuts represent about 7 percent of its work force.

Meanwhile, Sears Holdings Co. also announced this week it will close 78 Kmart Stores and another 26 Sears locations this spring.

The company’s statement read in part:

“Many of these stores have struggled with their financial performance for years and we have kept them open to maintain local jobs and in the hopes that they would turn around. But in order to meet our objective of returning to profitability, we have to make tough decisions and will continue to do so, which will give our better performing stores a chance at success.”

They admitted it: the stores were kept open mainly just to maintain local jobs.

That’s probably true of many major employers the nation over. As automation continues, jobs will continue to be lost. It’s a well-known fact that the majority of low-paying jobs that employ the most adult workers in this country such as cashiers and waiters/waitresses will inevitably be replaced.

The only question is what does the system plan to do with tens of millions of unemployed workers?