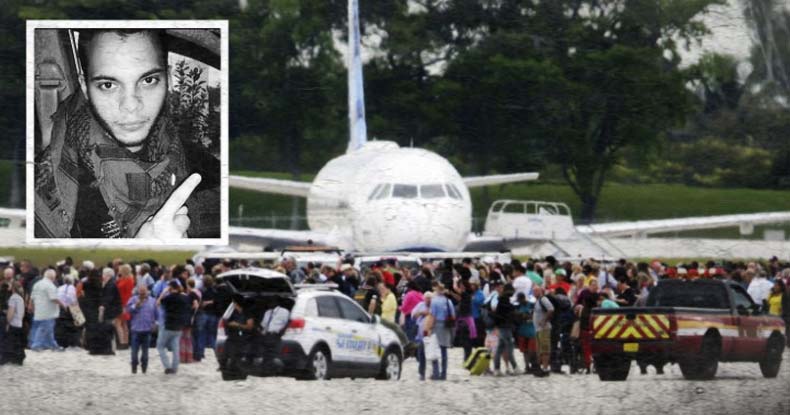 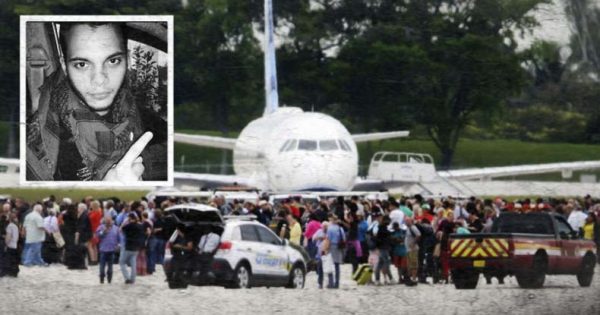 After September 11, 2001, discarding freedom and personal liberties in the name of security became standard operating procedure following a tragedy, and Friday’s mass shooting at the airport in Fort Lauderdale has not deviated from the new Orwellian norm.

Officials say Esteban Santiago arrived in Florida on a flight from Alaska and proceeded to the baggage claim area, where he pulled a firearm from his checked bag and opened fire — killing five people and wounding eight.

While the incident unfolded, before total casualties and injuries had been counted, corporate media presstitutes championed in live time increased security measures and tighter strictures on gun laws — except for TSA agents, whom, some intoned, should now be required to carry firearms in the performance of their duties.

We have been conditioned for this. Fustian politicians assume an inept undervaluation of rights — and a careless lack of vigilance under color of fear — in the minds of the somnambulant masses will allow the implementation of new rights-crushing legislation.

On cue, the Wall Street Journal nearly immediately published an article citing Jeff Price, an aviation security expert and aviation-management professor at Metropolitan State University of Denver, who — without a hint of irony — asserted,

“I think we can expect to see more of what we’ve seen every time we have one of these incidents at an airport — better-armed, better-trained police and a surge in law-enforcement visibility.”

Because terrorism. Because mass shootings. Most simply, because guns.

Guns, many pols and gun-control enthusiasts will tell you, create calamity — nothing else — and the Second Amendment is an antiquated anomaly to be relegated to the already overflowing dustbin of constitutional rights.

These politicians will further exploit fear of The Next Tragedy to install new checkpoints, more scanners, appended means to verify identity, and additional TSA agents — already proven wholly ineffective, if not derelict — to molest, grope, and harass anyone daring to enter an airport.

Travel, they’ll say, is a dangerous affair — and must be policed accordingly.

No matter Santiago has been deemed mentally disturbed — one person, a lone shooter, who chose a divergent method for enmity — now that someone has undertaken a mass shooting in this manner, terrorists paid attention and gleaned fresh plans, they’ll say.

This snark is in no way reductive to the abhorrent nature of the indiscriminate shooting, nor to the mourning which indeed the country must now collectively experience; but right now is precisely the time for acute attentiveness — not fear-induced myopia as has become epidemic after such incidents.

A more rational response surprisingly came from one legislator, Senate Judiciary Committee chairman Greg Steube, who is sponsoring a bill to eliminate gun-free zones in Florida — a necessary measure now that the state has experienced three horrific mass shootings.

“My first thoughts and prayers are with the families of the victims,” Steube said Friday, quoted by USA Today. “But this goes back to the fact why I’ve been working against gun-free zones for the past three years.

“Gun-free zones don’t prevent criminals from breaking the law and killing innocent victims. All that law did was prevent law-abiding citizens who have a concealed-carry permit from carrying their firearm in defense of themselves and others.”

While Steube’s thinking seems counterintuitive to those on a crusade to eliminate gun possession for everyone but law enforcement, Chicago — with the strictest gun control laws in the nation and more shooting deaths than New York City and Los Angeles, combined — proves the futility of the notion.

Stricture and prohibition spark black markets — if someone intends to do harm using a firearm, they will find it. That applies equally to all mass shooters — whether mentally unstable, paranoid xenophobe, or religious radical — if guns are the intended tool for an attack, oppressive gun laws only stop law-abiding civilians from killing whatever malicious wingnut next begins shooting random people in a crowd.

Tightening the reins on suffocating security procedures and positioning additional law enforcement officers in airports also won’t stop criminals of any motivation from discerning a creative method to thwart remaining deficiencies. These repeated clamp-downs only restrict our ability to travel freely — they aren’t preventing the next attack or quashing terrorism as politicians claim.

Fear is a potent manipulator — and the government counts on pulling the blindfold of dread over everyone’s eyes in the wake of catastrophe to erase yet another protected freedom from the Bill of Rights.

This time, don’t let it happen — don’t be fooled into obliging lawmakers whose only motive is to use death as a Police State weapon against all of us.