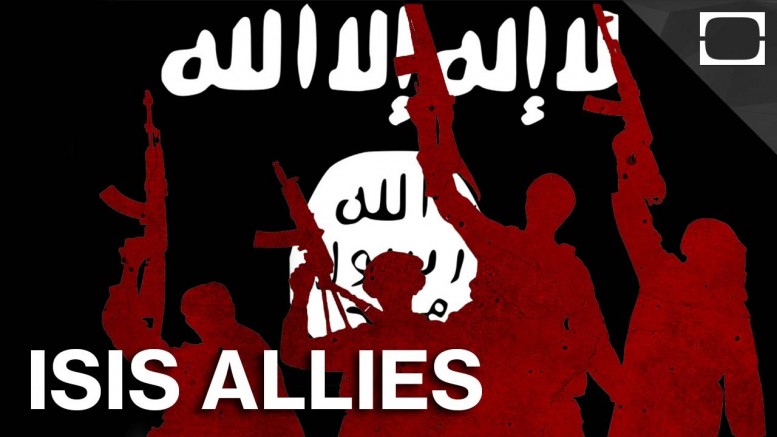 A WikiLeaks release of John Kerry’s statements has yet again blown the lid off the public claims of the U.S. government, Obama administration, and the corporate mainstream media in regards to ISIS and the war in Syria. The tapes of a conversation between John Kerry and the so-called “Syrian Opposition” at the Dutch Mission of the United Nations on September 22 were released on Wednesday. While mainstream media either refused to report on the leaks at all or eliminated the most incriminating parts of the tapes, Kerry openly states that the United States sat idly by while ISIS grew and grew in order to force Bashar al-Assad to “negotiate.”

To be clear, Kerry did not state that the United States funded, directed, or directly supported ISIS, claims which are already easily documented by previously leaked documents and by simple facts on the ground, both circumstantial and otherwise. However, he did clearly admit that the United States knew ISIS to be growing in Syria but did nothing to stop or oppose it because the U.S. wanted to use it as a bargaining chip in order to make the secular, democratically elected President, Bashar al-Assad “negotiate,” which, of course, simply means stepping down and allowing a proxy president and Western-backed terror coalition to take his place.

Kerry says in this clip:

The reason Russia came in is because ISIL was getting stronger. Daesh was threatening the possibility of going to Damascus and so forth and that’s why Russia came in. Because they didn’t want a Daesh government. And they supported Assad.

And we know that this was growing, we were watching, we saw that DAESH [the IS] was growing in strength, and we thought Assad was threatened.(We) thought, however. We could probably manage that Assad might then negotiate, but instead of negotiating he got Putin to support him.”

Wow. In leaked audio Kerry admits the US watched ISIS grow stronger in #Syria so they could use it against Assad, but then Russia stepped in pic.twitter.com/OyeQTB8dKe

While Kerry’s statement might not be the “we control ISIS” admission that many are looking for, it is important to note that Kerry is admitting to fighting on the same side as ISIS. After all, ISIS was fighting Assad. America was pushing against Assad, even threatening direct and open war against the Syrian government. America’s “rebels” were also fighting against Assad. At the very least, his statement is an admission that the U.S. and Daesh were on the same side and that the U.S. was pulling for Daesh in its battle against a secular peaceful government.

That being said, does this also mean that the U.S. did support a Daesh government in Damascus? After all, it wasn’t the prospect of Daesh that Kerry was worried about, it was the prospect of a continued Assad government. In more simplistic terms, Russia wanted to prevent Daesh from taking over Syria while the U.S. wanted Daesh to continue its war on Assad so that Assad would step down.It’s also an admission that the State Department’s ludicrous claims that Russia entered Syria merely to protect a dictator and expand its own empire as being completely and utterly false. Kerry clearly admitted that the reason Russia entered Syria was to prevent a Daesh government in Damascus. Would any reasonable person disagree with Russia’s goal? We think not.

While not a complete admission of the direct control over ISIS (which has been documented repeatedly), Kerry’s statements are nonetheless damning. As more and more evidence such as this is brought out and covered in the alternative media, more and more Americans will realize what Syrians already know – that the United States is the creator and controller of ISIS and that the war in Syria is nothing more than Western imperialism. They will also come to realize that their corporate media is nothing more than a spokesman for the worst elements of our society – banks, corporations, and, of course, the government.