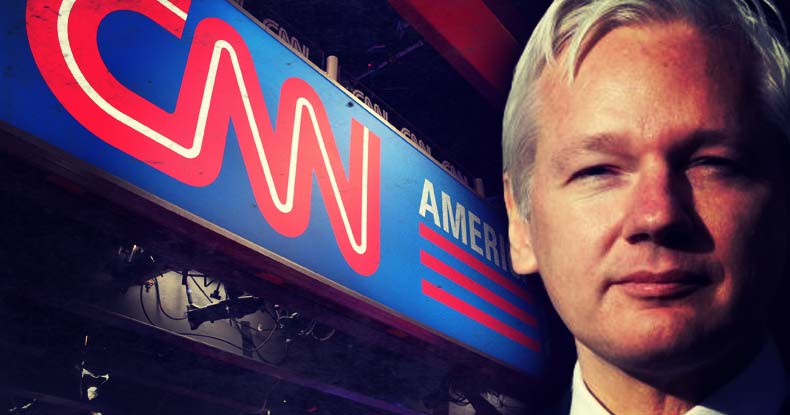 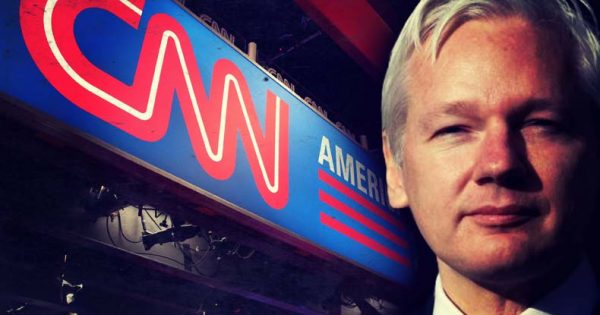 He’s been called a criminal, a traitor, a rapist, and just recently, someone to whom no credibility should be given, called him a pedophile, and he throws the gloves off and goes bare-knuckle brawl beast mode. Journalist Julian Assange, founder of Wikileaks, is a hero to some but a villain to others.

It all started on Wednesday, when CNN’s New Day, aired a segment wherein former ex-Deputy Director of the CIA, Phil Mudd called Assange a “pedophile.” Apparently so repulsed by the despicable name calling, Assange declared war against the news network, saying he’d sue them if they didn’t take action to rectify the perceived mischaracterization. Wikileaks tweeted, just hours after Mudd’s comments, “We have issued instructions to sue CNN for defamation…Unless within 48h they air a one hour expose of the plot,” supposedly against Assange.

We have issued instructions to sue CNN for defamation:https://t.co/YLfyQ9ROCy

Unless within 48h they air a one hour expose of the plot.

It didn’t take long for CNN to issue a retraction. The cable news network apologized to Assange in a tweet and removed the tweet containing the offensive comments made by Mudd. The CNN New Day statement reads, “An analyst on our air earlier today asserted that Julian Assange was a pedophile, and regrets saying it,” and continues saying, “In fact, CNN has no evidence to support that assertion.”

But apparently not content with issuing an apology, CNN waded into more controversy by bringing up the fact the Swedish government is currently seeking to extradite the journalist. CNN wrote, “Assange is currently wanted for extradition to Sweden to face sexual assault allegations there, and no evidence suggests that the women involved were minors.” The statement concludes with, “We regret the error.”

It’s unclear if the seemingly tongue in cheek apology from CNN will suffice, and abate Assange’s anger, but the controversy, the threat of a lawsuit, and the apology was just a small victory for the publisher who endured a multi-sided attack on his organization, his character, and his credibility. In the latest, and some could say bizarre, congressional hearing on Russia’s involvement in alleged presidential election hacking and production of “fake news,” Senator John McCain (R-AZ), prodded James Clapper (Director of National Intelligence), and Admiral Michael Rogers (Dir. National Security Agency) to agree with him. McCain asked, “Do you think that there’s any credibility that we should attach to this individual (Assange) given his record of (putting American soldiers at risk by publishing intelligence operatives’ names)…,” to which Clapper responded, “Not in my view.” And to which Admiral Rogers chimed in, “I second those comments,” giving his nod to the assertion Assange threatened American servicemen and women by publishing their identities and activities.

The Wikileaks task force responded to McCain’s, Clapper’s and Rogers’ assertion that the published documents had harmed American servicemen or women. They tweeted a link to The Guardian’s article titled, “Bradley Manning leak did not result in deaths by enemy forces, court hears.”

The article, written by Ed Pilkington, who covered Chelsea Manning’s sentencing at Fort Meade during her court martial, wrote, “that no instances were ever found of any individual killed by enemy forces as a result of having been named in the releases. Brigadier general Robert Carr, a senior counter-intelligence officer who headed the Information Review Task Force that investigated the impact of WikiLeaks disclosures on behalf of the Defense Department, told a court at Fort Meade, Maryland, that they had uncovered no specific examples of anyone who had lost his or her life in reprisals that followed the publication of the disclosures on the internet. ‘I don’t have a specific example,’ he said.”

Manning leaked the 700,000 classified documents to Wikileaks, which upon verification, published the leaked documents. According to the NY Times, “The materials that Private Manning gave to WikiLeaks included a video taken during an American helicopter attack in Baghdad in 2007 in which civilians were killed, including two journalists. He also gave WikiLeaks some 250,000 diplomatic cables, dossiers of detainees being imprisoned without trial at Guantánamo Bay, Cuba, and hundreds of thousands of incident reports from the wars in Iraq and Afghanistan.” It was those documents to which McCain, Clapper, and Rogers were referring, but it was their soldier who turned over classified documents to Wikileaks. Manning was court-martialed and sentenced to 35 years in prison and has 32 years remaining.

The dog and pony show of hearings on Capitol Hill, headlined several important and powerful figures in Washington, alleging very serious crimes the Russians had hacked the presidential election of 2016. However, yet again, the American people were not offered one shred of evidence to support such accusations.

For Trump supporters, the hearings were seen by many as a way to de-legitimatize Trump’s landslide election as the next POTUS. For Clinton supporters, the declarations by the president, key congressional leaders, and the director of National Intelligence, was seen by many as vindication for her loss to Trump. For free thinkers everywhere, the full-on military parade of sorts is seen as a carefully coordinated distraction and retaliation for Russia’s cooperation with Syria to defeat ISIS, and so-called “moderate rebels” in Syria.

The world still has not seen one iota of evidence that the Russians have hacked the political system of the United States, but there’s plenty of evidence to demonstrate the United States, as well as outgoing president Barack H. Obama, have meddled in countless elections and governments around the world, including but not limited to Honduras, Guatemala, Congo, Afghanistan, Iraq, Iran, Egypt, Libya, Israel, Indonesia and guess who, Russia.

Our advice to the U.S., if you don’t like having your political chains yanked, stop doing it to the rest of the world. Adding insult to injury, MSNBC journalist John Harwood created a Twitter poll, asking users who they trust more, Wikileaks, or the U.S. Intel Officials. According to the unofficial poll, 83 percent of Americans trust Wikileaks over their own U.S. Intelligence Community. Good work guys! You’re subversive, SPYING ON ALL AMERICANS has earned you last place in trust, behind a man who’s not even an American.