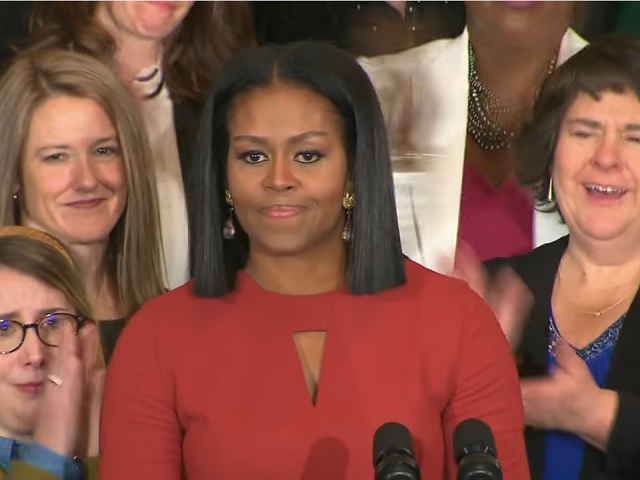 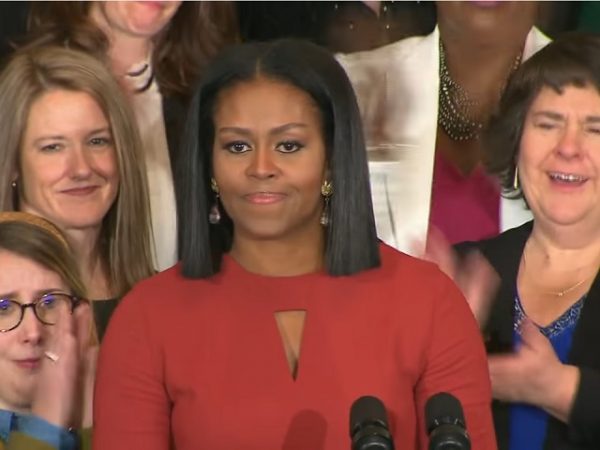 The newly devoid of hope Michelle Obama told a group of young Muslims and other immigrants Friday that “this country belongs to you.”

In her final speech as first lady on Friday, Michelle Obama singled out young immigrants and Muslims, many of whom express apprehension about President-elect Donald Trump.

“Do not ever let anyone make you feel like you don’t matter, or like you don’t have a place in our American story — because you do,” she said. “Know that this country belongs to you, to all of you. From every background and walk of life. If you or your parents are immigrants, know that you are part of a proud American tradition . . . that has made us the greatest country on Earth.”

Religious diversity is “not a threat to who we are,” she said, “it makes us who we are.”

…“Whether you are Muslim, Christian, Jewish, Hindu, Sikh . . . I want our young people to continue to learn and practice those values with pride,” the first lady said.

Obama signaled she’s going to continue agitating despite being forced out of the White House:

“Don’t be afraid. Be focused. Be determined. Be hopeful. Be empowered,” she said, her voice breaking. “Lead by example with hope, never fear. And know that I will be with you, rooting for you and working to support you for the rest of my life.”

In the mind of leftists, immigrants who showed up last week are more American than the descendents of those who came over on the Mayflower.

To think those who built the country and paid into the system for generations have a claim to it is “racist” and “xenophobic.”

An American who gets citizenship in Japan is just as Japanese as the descendents of Emperor Sujin, entitled to all the same benefits as other Japanese and “the country belongs to him.”

Hey Michael, here’s a news flash: the only memory anyone will have of your husband’s awful presidency is this.