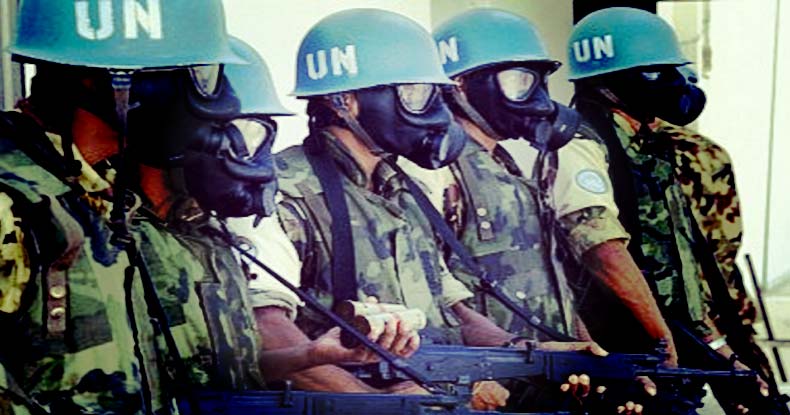 It was recently reported that UN peacekeepers will not be charged for sex crimes against children that they allegedly violated while they were stationed in the Central African Republic. The French Government investigated the French soldiers who were accused of the attacks, but they found no evidence of wrongdoing, as often happens when organizations investigate their own. French prosecutors claim that they had insufficient evidence to charge the soldiers, but over 100 children have leveled accusations against them. Do they expect the world to believe that all of these children are lying?

UN spokesman Stephane Dujarric said that the agency defers to local governments in situations like this.

“So obviously we’ll keep an eye on this. But as we’ve said, it is the responsibility of member states to fully investigate and hopefully prosecute crimes. The fight against impunity for these horrendous actions has to be a partnership between the UN and member states,” Dujarric said.

There is a second investigation that is currently ongoing which involves UN peacekeepers and sexual assault in the Central African Republic. However, it is not clear whether or not this investigation is relating to the same accusations — or new crimes that have taken place since.

This is not the first time that UN workers have been accused of these types of crimes. After the UN has entered areas like Cambodia, Mozambique, Bosnia, Sudan and Kosovo, there was an explosion of sex trafficking and numerous reports of abuse. In the past several years, the UN was caught attempting to cover-up the fact that there were 231 people in Haiti who claimed they were sexually violated by UN peacekeepers, and were forced to perform sexual acts in exchange for food and supplies that were intended as relief packages.

There are almost too many cases to list in which high-profile public figures or organizations were accused in pedophilia or human trafficking cases. However, they almost always dodge any prosecution or public scrutiny due to their control of the legal system and media.

There have been many cases in recent history where establishment figures have been caught up in child prostitution rings but quickly had the story swept under the rug.

One such case was on June 29, 1989, when the Washington Times’ Paul M. Rodriguez and George Archibald reported on a Washington D.C. prostitution ring that had intimate connections with the White House and President George H.W. Bush. It was suspected that this was connected with the Franklin prostitution ring that was being exposed at the same time, in a different part of the country.

That story involved the manager of the Franklin Community Federal Credit Union in Nebraska. His name was Lawrence “Larry” King and he was also a prominent politician. Various unconnected victims accused him of transporting them around the country to be used as sex slaves for politicians. When the accusations finally came to light, the victims were railroaded out of court and threatened into recanting their statements, thus making themselves guilty of perjury in the process.

The perjury was unfortunately enough to drop the case and actually send some of the victims to jail. The truth of the matter didn’t come out until former Nebraska State Senator John DeCamp went back to reexamine the case and discovered that the accusations were indeed true.

Human trafficking is an industry of the ruling class, it always has been. Your average blue-collar, white-collar people aren’t buying slaves, and they certainly aren’t selling them either! This is still very much a part of western culture, even companies with major government contracts have been accused of organizing full-scale slave rings. These companies have not only been protected by their governments, but they were also able to keep the contracts and subsidies that they had prior to the accusations.

Some of the world’s largest multinational corporations such as DynCorp and Halliburton were exposed as major players in the global human trafficking market. These companies did not work alone, but cooperated with each other through various subsidiaries and had the luxury of government protection.

When suspicion was brought upon these companies it was swept under the rug by government officials. Even high-ranking members of the establishment such as Donald Rumsfeld were implicit in covering up this scandal. On March 11th 2005, he was questioned by Congresswoman Cynthia McKinney and he admitted on the record that the allegations did have credibility, but he pushed the blame off onto a few “rogue” employees. He used the “few bad apples” line that the government always dishes out when they are caught up in a scandal.

Although Rumsfeld and other high-ranking officials claimed that they would look into the situation, they actually prevented any serious investigations from taking place. This happens every day, even organizations like the UN and NATO have come under fire for running slave rings out of third world countries when they are on “peacekeeping missions.”