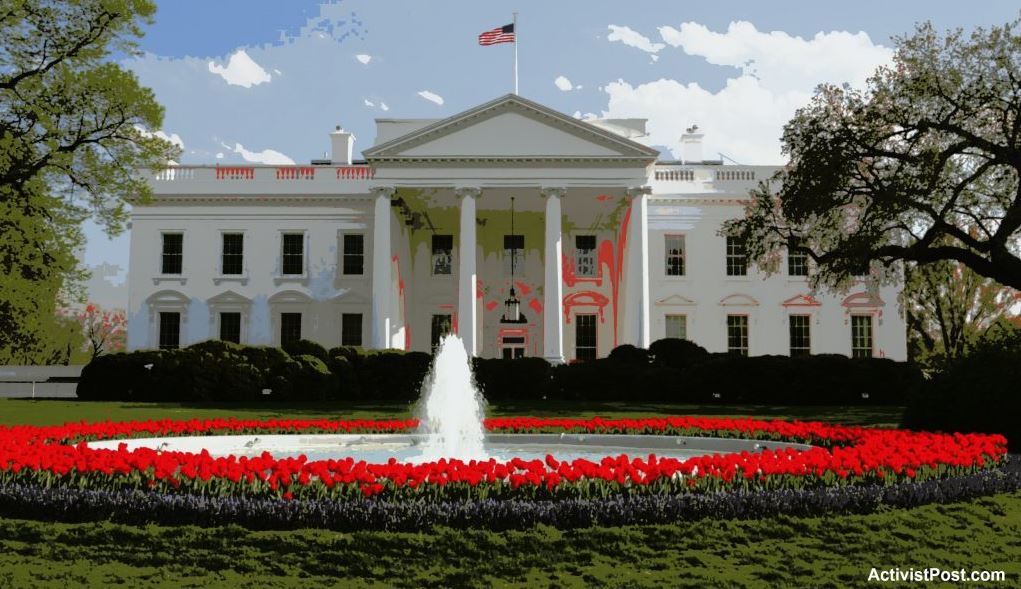 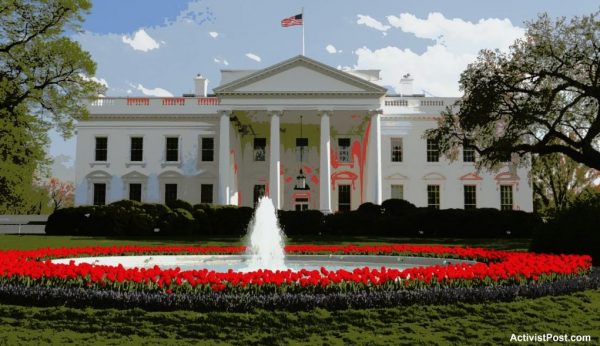 On a scale of importance from 1 to 10, with 10 being the most important, this breaking development is a 500.

On Friday, the traditional day of the week for quietly releasing big news that will hopefully be ignored by the public—and also obscured by the Fort Lauderdale Airport shooting—the chief of Homeland Security announced that his office will be taking over US elections.

If you can’t see the coup in progress, you need to keep looking until the message comes through.

Read carefully—ABC News reports. My comments are in brackets:

“’Given the vital role elections play in this country, it is clear that certain systems and assets of election infrastructure meet the definition of critical infrastructure, in fact and in law’,” Johnson said in a statement. He added: ‘Particularly in these times, this designation is simply the right and obvious thing to do’.”

“The determination came after months of review and despite opposition from many states worried that the designation would lead to increased federal regulation or oversight on the many decentralized and locally run voting systems across the country. It was announced on the same day a declassified U.S. intelligence report said Russian President Vladimir Putin ‘ordered’ an influence campaign in 2016 aimed at the U.S. presidential election.”

[Also known as: “we needed an excuse, a fake cover story for our takeover, and Russia is it.”]

[Also known as: “this is a coup by the White House.”]“Such a change [in who controls the US election process] does not require presidential action [or Congressional approval], and only requires the secretary [of DHS] to first consult with the assistant to the president for homeland security and counterterrorism.”

[Also known as: “We’re taking over every significant aspect of the national election process.”]

“The designation [of US elections as critical infrastructure] allows for information to be withheld from the public when state, local and private partners meet to discuss election infrastructure security — potentially injecting secrecy into an election process that’s traditionally and expressly a transparent process. U.S. officials say such closed door conversations allow for frank discussion that would prevent bad actors from learning about vulnerabilities. DHS would also be able to grant security clearances when appropriate and provide more detailed threat information to states.”

[Also known as: “we can intercede in the election process and determine its outcome without any need to pretend we’re being transparent; only people we approve will know the details of how we run elections; secrecy works.”]

“The Obama administration has proposed international cyber rules for peacetime that would expressly note that countries shouldn’t conduct online activity targeting critical [US] infrastructure, which will now also include election systems.”

[Also known as: “in case there is any doubt, elections systems in America will be property of the federal Executive Branch.”]

This is a coup.

This is equivalent to declaring a national state of emergency, including martial law: the DHS, if it deemed it necessary, could utilize armed agents to enforce the new directive and take over states’ offices that resist.

Election-processes belong to the states. But not anymore.

And of course, with this awesome new power, the DHS could intercede, behind the scenes, in the voting process and rig elections.

There is an additional aligned factor at work in this op: the proposed elimination of the Electoral College—yet another measure designed to “federalize” the election process.

Most people are entirely ignorant of the fact that the Constitution was a pact among states. With reluctance, the independent states agreed to relinquish certain specified powers to the newly created central government, while retaining all other powers.

The Electoral College was, therefore, a natural invention, because the states would maintain crucial influence in determining the outcome of presidential elections. State Electors would cast their presidential votes based on which candidate won in their state.

Eliminating the Electoral College now would add one more layer of federal control over the whole country, and take control from the states. More centralization.

Imagine it. Only the popular vote counts. The states are dumped. And on top of it all, the Dept. of Homeland Security has the power to run the election process as a piece of “critical infrastructure.”

Rigging the vote in New York and California, plus a few other populous states, would decide the election. And in time, no one would think about “New York” or “California” as separate entities—because they wouldn’t be. They would just be “more land and people” that are part of “wholly unified” America.

This is perfect for the “unity politicians” who spout empty rhetoric every chance they get—“we’re all in this together.” As I tirelessly point out, such slogans are nothing less than covert ops, and their goal is roping in as many dullards as possible under a messianic banner of A Better Life for All under a Beneficent Government.

Also known as: we the rulers decree, you the people submit; your survival depends on us; we give and take as we will, and that shall be the whole of the law.

Eventually, why have presidential elections at all? Just allow the DHS to determine which candidate will best serve the needs and desires of the controllers.

Will Trump cancel it?

Obama is basically challenging him to do it—which would create one more firestorm in the press directed at Trump.

“See, the new president just stopped the DHS from protecting our sacred free elections. Trump is exhibiting more treasonous cooperation with his Russian masters…he’s leaving the door wide open for their secret invasion against our liberties…”