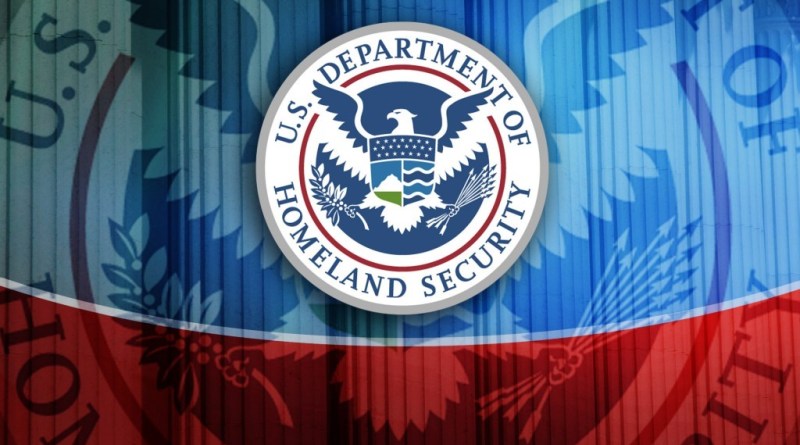 Note to readers: the people in charge of, yes, running the future are counting on a populace who can’t think beyond a few weeks or months. That’s their ace in the hole. The long-term future must always seem blurry and vague—and a waste of time to consider. Why? It’s obvious. The people in charge are always building the long-term future, brick by brick, and if very few citizens can grasp what it looks like, how can they object or resist or sound an alarm?

If you want to illegally take over an area, you need to invent an external threat justifying the takeover. We’ve been seeing exactly that recently, as Russia has suddenly been painted as a hostile force trying to destroy our “open democracy.”

Therefore, the Department of Homeland Security is now in charge of US elections, to “combat the Russian hackers.”

And it isn’t only elections.

In the release, last Friday, that gave control of US elections to the Department of Homeland Security (a naked coup), we also have this, from ABC News:

“The designation announced Friday places responsibilities on the Homeland Security secretary to identify and prioritize those sectors, considering physical and cyber threats against them. The secretary is also required to conduct security checks and provide information about emerging and imminent threats.”

ABC got it wrong. The responsibilities (excluding elections) placed on the head of Homeland Security weren’t invented last Friday. They kicked off in 2013, and they represent a technocratic op to infiltrate and exert power over every aspect of American life.

The 2013 Policy Directive, issued by President Obama, was titled: “Critical Infrastructure Security and Review.” It enumerated no less than 16 areas of so-called US “critical infrastructure” where Homeland Security would muscle in:

These are the areas where the head of Homeland Security is expected to “manage risk and strengthen security.” HS will also, of course, take charge of integrating and monitoring ALL the data networks of these 16 sectors.

It sounds reasonable to the average person. But the true theme is control. Planning, control, execution. Move in on these areas and exert operational command from the top.

This IS, in fact, the technocratic blueprint for global management of a new system. We’re talking about the re-engineering of society.

Capturing the 16 areas (and their data) above was always the long-term aim, when the Department of Homeland Security was invented in the wake of the 9/11 attacks. If you recall, there was considerable grousing then about the word “Homeland,” because it emitted a strong whiff of Fascism.

If the goal is engineering a new society—and it is—all systems of data collection, communication, and surveillance must be gathered under one roof.

The social and political engineer (aka the technocrat) views every person (unit) as a biological machine that must be profiled six ways from Sunday, for the purpose of inserting him into an overall pattern. As Patrick Wood explains in his brilliant book, Technocracy Rising, “[technology] is being rapidly implemented…to exhaustively monitor, measure and control every facet of individual activity and every ampere of energy delivered and consumed in the life of such individual[s].”

In truth, the Dept. of Homeland Security is spearheading a movement to connect, cross reference, and integrate every major apparatus of data- collection in both the private and public sectors.

This is the ongoing op.

It is not partisan. It flies the banner of no political party. It pretends to protect the citizenry.

But, in fact, it is the major long-term threat to the citizenry.

It is planning a national and global civilization that does not ask for permission to exist.

No one is voting, because if a vote were required, and people were informed about what is really happening, they would overwhelmingly reject technocracy.

Which is why new enemies must be invented on a continuous basis—to justify the “proactive measures that will keep us safe.”

Homeland Security, with its 240,000 employees and its 24 agencies, is in the business of securing untold trillions of pieces of data for the forward march of Technocracy, Inc.

Suppose, instead of the political-speak we’ve been treated to, the White House and Homeland Security released the unvarnished truth? “Look, we need to collect, record, and store every possible datum on you and you and everyone. This isn’t about our so-called enemies, this is about us, your controllers. This is about the future we’re planning for you. Somewhere up the road, when we’re ready, when we think we can get away with it, we’re going to announce that the planet is in a terminal energy crisis and shortage. Therefore, every person will receive a card that records his use and consumption of energy, and when his quota runs out, he’ll be without energy until the next time period. Get it? This is where we’re headed…”

Again, as author Patrick Wood points out, when you encounter terms like sustainable economy, SmartGrid, green economy, Agenda 21, carbon taxes, cap and trade, and even Common Core (an indoctrination process for the young masked as education), you’re looking at technocracy-in-progress. In fact, you’re looking at declarations, in one form or another, about irreversible energy shortages that requite drastic solutions.

Since 2013, when Obama announced the 16 areas where Homeland Security has to exert its authority, a new phase in the authoritarian ascent to a mountaintop of control, framed as “scientific,” has been underway.

This is the long con, the long op.

They are also counting on the “citizen energy quotas” I mentioned above sounding like nothing more than wild science fiction.

Well, travel back, for a moment to, say, the 1960s. If someone had told you then, “Your cell phones will be collecting data on you, and you’ll happily be profiling yourselves in great detail, for the government, on social media,” you would have said, “What mental institution did you escape from?”

(To read about Jon’s mega-collection, The Matrix Revealed — which
includes the Logic And Analysis course, click here.)