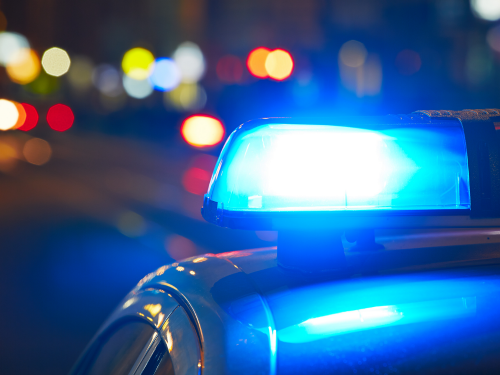 The “land of the free” is increasingly becoming anything but, which this story perfectly illustrates.

Last week, Taylor Trupiano did something many Americans do during the cold winter months: he warmed his car up in his driveway for a few minutes while he waited inside his home.

Taylor, who lives in Roseville, Michigan, went out to his car to find that in the short time he’d been inside waiting for it to heat up, he’d gotten a $128 ticket.

“I thought it was some kind of joke at first, and then I was thrown back by it,” he told WXYZ. “I was really surprised.”

“I was in and out in probably about 7-8 minutes,” he added. “So in that amount of time he ran up here, gave me a ticket and by the time I got out he was nowhere to be seen.”

There is no state law against leaving your car turned on and unattended, but dozens of cities across Michigan have local ordinances.

Roseville Police Chief James Berlin is unapologetic, and naturally, is defending the policy:

“We have five to ten cars stolen this way every winter. It’s dangerous, and of course it drives everyone’s insurance rates up. It drives our crime rates up. It’s common sense. We can’t warn everybody of the law there is. Common sense says you don’t leave your car running unattended.”

Right, the police can’t warn everyone about this law, but they sure can take the time to zip through a neighborhood and hand out $128 tickets to everyone who disobeys it.

Why charge people such an exorbitant amount for committing what amounts to yet another victimless “crime”?

Ticketing someone’s private property on their private property when there is no victim and no harm done to anyone just doesn’t make sense, until you realize that this has nothing to do with safety.

Trupiano posted a photo of the ticket on Facebook, and it got a lot of attention:

Taylor told ClickOnDetroit that the officer didn’t knock on his door to warn him that his car warming up unattended was dangerous, or that there was even rule about such things:

“That would have been respectful. I had no clue that this was a law, an ordinance.”

He isn’t the only one who is upset: Roseville police phones have reportedly been lighting up with calls from people who are furious that Taylor was given a ticket for warming up his car.

Berlin said he’s angry that Taylor referred to the ticketing officer as a “dipshit”:

“You see the disparaging comments he made about my officer?” Berlin said. “Drop dead.”

That seems like an extreme response to an understandably upset citizen’s choice of words on social media, doesn’t it? “Drop dead?” Who are the police supposed to be serving and protecting again? Oh, yeah – that’s right – that’s no longer the purpose of law enforcement.

Taylor said he didn’t mean to call the officer a name, but he doesn’t want the ticket:

“Unattended car? I’ve done this every day for seven years. Every person warms up their car. We live in Michigan.”

There’s no way every person living in the US can possibly know every local, state, and federal law that exists.

The US now has some 300,000 federal regulations, and the list grows year after year. And, there are about 4,500 federal criminal statutes on the books carrying fines or prison terms for offenders.

As the bureaucrat Dr. Floyd Ferris admits in the novel Atlas Shrugged,

“There’s no way to rule innocent men. The only power any government has is the power to crack down on criminals. Well, when there aren’t enough criminals, one makes them…you create a nation of lawbreakers – and then you cash in on guilt.”