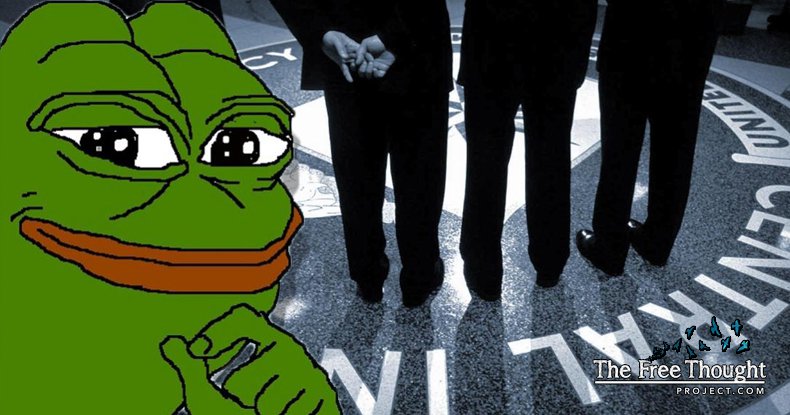 Defying all reason and journalistic duty, BuzzFeed may have now topped the Washington Post in the quickly burgeoning Fake News market, publishing accusations President-elect Donald Trump has “deep ties to Russia” — but the astoundingly baseless claim seems to have unraveled in the most hilarious way possible.

“A dossier, compiled by a person who has claimed to be a former British intelligence official, alleges Russia has compromising information on Trump. The allegations are unverified, and the report contains errors,” the collaborative BuzzFeed article asserts.

Duly noting the dubious quality of the information presented, BuzzFeed chose to publish the threadbare ‘dossier’ sans any evidence of its legitimacy — and the rush to perhaps damn Trump before the upcoming inauguration has tentatively been discredited by one of the most unlikely sources: 4Chan.

First, ZeroHedge noted of the contents of the original dossier,

“For those pressed for time, here is the best – as in most laughable – part, discussing ‘Trump’s personal obsessions and sexual perversions’, in which we learn that when staying at the Ritz Carlton Moscow hotel, in order to defile a bed in which Obama had stayed in previously, he employed ‘a number of prostitutes to perform ‘golden showers’ show in front of him.’ Good stuff.”

Indeed, while that description, alone, appeared so specious as to disqualify the contents, the assessment nonetheless gained approval from BuzzFeed editor-in-chief Ben Smith — who defended the choice to publish prior to investigation in a memo to staff, subsequently posting to Twitter,

“Our presumption is to be transparent in our journalism and to share what we have with our readers. We have always erred on the side of publishing. In this case, the document was in wide circulation in the highest levels of American government and media.”

“The document was prepared for political opponents of Trump by a person who is understood to be a former British intelligence agent. It is not just unconfirmed: It includes some clear errors. The report misspells the name of one company, ‘Alpha Group,’ throughout. It is Alfa Group. The report says the settlement of Barvikha, outside Moscow, is ‘reserved for the residences of the top leadership and their close associates.’ It is not reserved for anyone, and it is also populated by the very wealthy.”

Did Smith somehow felt the juiciness of the contents outweighed the need for even the thinnest of vetting procedures? If so, a comparison to and criticism of Wikileaks must be intoned.

Founder Julian Assange and Wikileaks have an unassailable ten-year record of publishing authentic documents — none have ever been proven fabricated in a court of law, by information technology experts, or anyone else. Indeed, the publishing outlet — although known for printing all information as long as lives are not in imminent danger — has endured harsh criticism for blanket transparency.

But BuzzFeed is not Wikileaks — and its rush to publish a story fitting a designated narrative appears to be the biggest Fake News fiasco yet — as Zero Hedge now reports,

“In a story that is getting more surreal by the minute, a post on 4Chan now claims that the infamous ‘golden showers’ scene in the unverified 35-page dossier, allegedly compiled by a British intelligence officer, was a hoax and fabricated by a member of the chatboard as ‘fanfiction’, then sent to Rick Wilson, who proceeded to send it to the CIA, which then put it in their official classified intelligence report on the election.”

In short, 4Chan — the longstanding Internet troll board — appears to have epically trolled the CIA and hapless corporate media parroting BuzzFeed.

In a post, 4Chan explained how the allegedly events played out:

>he thought it was real and gave it to the CIA

>donald trump and obama have both read this pol/acks fanfiction

just let that sink in what we have become.

NeverTrump champion and veteran GOP consultant Rick Wilson took to Twitter in what now appears to be a rather awkwardly pompous rant, stating:

“WikiLeaks takes on a whole meaning tonight, doesn’t it?”

And, referring to the Russian Intelligence Community:

“All kidding and puns aside, we fought so hard because we knew this was who Trump was…and what the RUS IC had on him.”

Wilson, Smith, and, particularly, the CIA could soon have plates overflowing with crow, if these links to an Internet prank gone hilariously awry prove true. And, quite unlike BuzzFeed, if these images do, indeed, constitute proof of what they’re saying — then this could be the most successful trolling mission ever undertaken.

A Twitter account under the name @mrbones_returns posted images of the supposed 4Chan plot, with the caption,

“4chan trolled Rick Wilson with the Trump piss story back in November 2016. Media or CIA added Russian spies themselves. THIS IS NOT A DRILL.”

Trump’s transition team did not comment for the BuzzFeed piece, but the president-elect’s attorney told Mic,

“It’s so ridiculous on so many levels. Clearly, the person who created this did so from their imagination or did so hoping that the liberal media would run with this fake story for whatever rationale they might have.”

Trump, himself — who prefers to deliver responses and address the press via the social media platform — tweeted of allegations:

BuzzFeed claimed the documents it loosely attributed to the unnamed British Intelligence agent had been passed around for months “among journalists, lawmakers, and intelligence officials who have seen them” — although the outlet did not provide an explanation for why none of the other parties chose to make them public.

Considering the dossier bears no technical, departmental, or government markings — and could have been typed and printed by anyone in the form it’s been presented — to imagine it holding so much weight in the media, political, and intelligence communities is a fair indicator of the tabloid reality now upon us.

Tidbits of information fitting certain narratives are plastered online before any investigative diligence is performed, leaving those who stand accused — and the publishers, themselves — left to deal with the fallout.