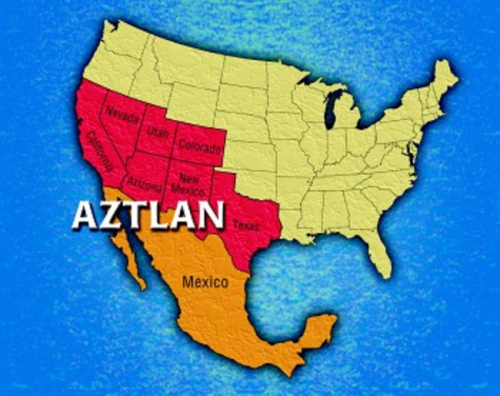 The hypocrisy of the government of Mexico boggles the mind.

Mexico welcomes only foreigners who will be useful to Mexican society. Mexico guards its southern border with Guatemala and does not suffer illegal immigration: under Mexican law, illegal immigration is a felony. Mexico annually deports more illegal aliens than the U.S. does. (Source: Human Events)

But woe be it that the United States should do what Mexico does, which is what President-elect Donald Trump vows to do, with which millions of Americans agree — including Hispanics! — and voted accordingly last November 8.

Now, to add injury upon injury, there is a proposed legislation in the Mexican Senate that seeks to ban the Mexican government from funding the construction of the Trump wall along the 2,000-mile U.S.-Mexico border, as well as confiscate U.S. assets in Mexico if Trump were to have the unmitigated gall as to actually build the wall.

The UK Telegraph and Independent report that last September Mexican senator Armando Rios Piter from the leftist PRD party proposed legislation that would:

(1) Block any attempt by Trump to force Mexico to pay for a border wall by banning Mexico’s finance ministry from using public funds on any project that is “against the country’s interest”.

(2) If Trump were to abolish the North American Free Trade Agreement (NAFTA), Mexico would retaliate by revoking all bilateral treaties and agreements between the US and Mexico, including the 1848 Treaty of Guadalupe Hidalgo.

Note: The Treaty of Guadalupe Hidalgo was signed by the US and Mexico in 1848 to end a two-year war between the two countries which Mexico lost. As part of the deal, Mexico handed to the US over half a million square miles of land that encompasses today’s Texas and California, as well as large parts of Arizona, Colorado, New Mexico, Nevada, Utah, and Wyoming. Mexican nationalists call these lost territories Aztlan and advocate Mexico’s “reconquest” (reconquista) of those lands.

(3) If Trump were to finance border wall construction by blocking U.S. Mexicans’ remittance payments to Mexico, Mexico will retaliate by:

According to the Office of the United States Trade Representative, U.S. assets in the form of foreign direct investment (FDI) in Mexico — led by nonbank holding companies, manufacturing, and finance/insurance — totaled $107.8 billion in 2014.

Rios Piter told the Telegraph he was in initial conversations with other senators about the legislation. He said:

“We can’t take a partisan view of this. All parties in the senate are in agreement that Mexico needs to stand up for itself and strengthen its relationship with the United States. We want to shut Trump’s mouth, which has been spewing this hateful speech.”

Lorne Matalon reports for Fronteras, Dec. 27, 2016, that Alejandro Hope, a former senior intelligence analyst at Mexico’s civilian intelligence agency CISEN who had worked in former Mexican president Vicente Fox’s transition team, said the Trump wall will likely lead to more unrest and bloodshed in Mexico as organized crime fight for control of smuggling routes into the U.S. — “The remaining routes for illicit trafficking will become far more valuable. And that probably means more conflict on the Mexican side.”

I say bring it on, Mexico!