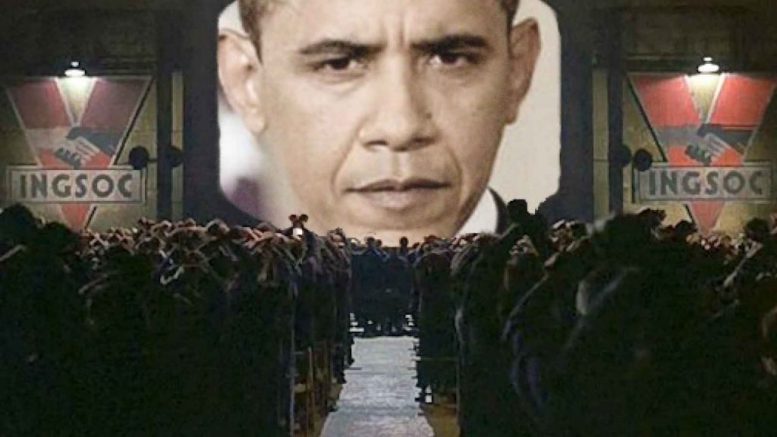 As Obama’s days as U.S. President draw to a close, both the Obama administration and the mainstream corporate media are attempting to provoke a greater conflict with nuclear-armed Russia on the basis of something that never actually happened; at least on the basis of something that they have yet to prove has actually happened. Still, the hype and hysteria being piped from the halls of the White House, intelligence community, and the mouthpiece of the establishment, the corporate media, is incessant. According to the media and the President, the Russians hacked the DNC (never mind the fact that the DNC was acting inappropriately and rigging the elections themselves) and put American democracy at risk.

Of course, neither the intelligence community nor the White House has yet to produce any evidence of their claims, despite the fact that they are clearly provocations aimed both at Russia and the domestic population of the United States, with the intention to frighten the latter into submission with a healthy dose of Neo-McCarthyism and red-baiting. Still, this continuous and baseless propaganda might cause many Americans a number of flashbacks since the last time their President, intelligence community, and corporate media came to them with proof of an encroaching threat to democracy, telling them the evidence was clear but that the masses would simply have to “trust” them, Americans ended up bewildered on the battlefield in Iraq where they remain to this day, thirteen years on.

Once again, we are given no evidence, only vague unproven allegations to justify actions that very well may be destructive not only to the American people but to all the people of the world. All we need is for Colin Powell to give a PowerPoint presentation in front of the United Nations and the circle will be complete.

What little “evidence” released by the Office of the Director of National Intelligence, FBI, and DHS has been evaluated and found to be nothing more than accusations and, at best, circumstantial evidence. Any other “evidence” possessed by these institutions remains classified and the government isn’t budging, insisting that the public march down the path to World War Three on the basis of trust in organizations that are notorious for lying through their teeth.

After dropping the ball twice, Obama did the only thing an embarrassed child is capable of doing by launching into a torrent of insults suggesting that Russia is small and weak and that they produce nothing but oil, gas, and arms. Apparently, Obama missed out on the irony of an American President criticizing another nation of not producing anything but oil, gas, and arms.But the longer the media and the government continue to promote their hysteria with no proof behind them, the harder it becomes to sustain the narrative. Even the great orator himself, Barack Obama, couldn’t justify the continued holdout of information from the American people if his “intelligence” was so convincing. When faced with a question of whether or not he would declassify the intelligence or at least release proof, as the Russians have suggested, Obama demonstrated just why his reputation for wit and charm are completely overrated in the absence of a teleprompter. After stammering and stuttering his way through a direct question, a hallmark of an unscripted Obama, he was forced to fall back on his tired and wilted “hope and change” style platitudes of how great America is before possibly realizing that, eight years and rivers of blood on, the “hope and change” motivational church speak just doesn’t hold the weight it used to.

He then launched into a tirade of how Russia is not capable of “changing us,” seemingly not noticing that this diatribe rendered his previous hysterical propaganda that Russia had indeed “changed us” as either trivial or completely false. We are also unsure as to whether or not Obama is actually aware of which country he is talking about since Russia is, after all, not small by any means.

Obama then launched into a routine reminiscent of Jimmy Carter, scolding the American people for not trusting their intelligence agencies that already lied to get them in to a war with Iraq, law enforcement agencies that lie on a daily basis to amass convictions, and a White House that finds it impossible to utter a sentence if it contains majority truth.

This is one of those situations where, unless the American people genuinely think that the professionals in the CIA, the FBI, our entire intelligence infrastructure, many of whom, by the way, served in previous administrations, and who are Republicans, are less trustworthy than the Russians! Then . . . people should pay attention to what our intelligence agencies say.

It’s quite interesting that Obama would use the fact that many of these “intelligence professionals” worked in the Bush administration as a positive, since it was during Bush’s tenure that the CIA openly discredited itself in the rush to war in Iraq. We need not even discuss the FBI’s treachery on 9/11. But how does stating that the individuals who are telling us the Russians hacked “our elections” worked in an administration that lied its way into a war and a domestic police state do anything other than prove the critics correct?

It is also worth noting that, while the scolding aspect of the speech was vintage Carter, the rest of the speech was vintage Bush. For a second, it seemed as if we were only inches away from Obama stating “Let us never tolerate outrageous conspiracy theories.” Instead, we were treated with Obama’s very own Bushism – i.e. if people believe that our intelligence agencies aren’t trustworthy, they should listen to the intelligence agencies. Classic.

Obama also went on a tirade about how many Republicans have “favorable views” of Vladmir Putin and bemoaned the fact that many Trump supporters want to “stop sanctioning Russia” and “work together” against “common enemies.” In other words, Obama is perplexed at Putin’s support within his own country, which is much greater than Obama’s in the United States, and thus it is cause for a characteristic narcissistic meltdown by Obama. But the outrage over the fact that some people want to stop sanctioning Russia for fighting terrorism and supporting national sovereignty and peace the world over is a very telling display. After all, that “common enemy” Obama seems to think is ridiculous to fight together is al-Qaeda, ISIS, and other jihadist terrorist organizations, the same organizations that Americans have been committing blood, treasure, and virtually all their civil liberties toward defeating for the last sixteen years. The message of this statement was clear, however; the Nobel Peace Prize winner wants a war and certain people are getting in the way of it. Bring on the hissy fits and tears.

In the end, however, Obama refused to cave and made clear he would not be providing proof of his claims. We, the American people, will just have to take his word for it or be forever doomed as “conspiracy theorists,” Russian agents, or dupes of “fake news.”

It is both amusing and sad that a President with only eight days left in office can only stammer and throw accusations at other countries in order to keep the phony narrative for which he has acted as a front man for so long from completely collapsing. The fact that Obama cannot produce one shred of credible hard evidence is telling but, unfortunately, we fully expect the administration and its media lapdogs to continue to do the bidding of the deep state and push the destabilization of America and a confrontation with Russia.

In the meantime, we will be waiting on the evidence and the proof. But we won’t be holding our breath.