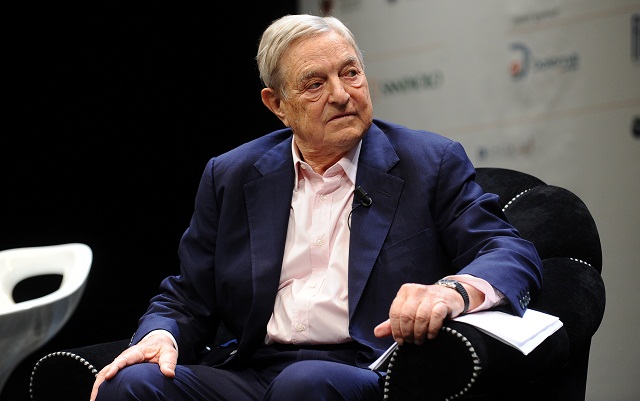 Hedge fund legend George Soros lost a lot of money after the election of Donald Trump, according to a new report from The Wall Street Journal.

The Journal’s Gregory Zuckerman and Juliet Chung cited people familiar with Soros’ trading who said the billionaire became bearish after Trump’s the victory, and those bets seem to have come back to bite him.

However, Soros’ larger fund, Soros Fund Management, gained 5% over the year, according to the Journal.

Soros supported Trump’s opponent, Hillary Clinton, and contributed millions to super PACs backing her campaign, so it may come as no surprise that he was skeptical of the market after Trump’s upset victory.

Additionally, most Wall Street analysts believed that a Trump win would sow uncertainty and cause a sell-off.

Soros’ net worth is estimated at some $27 billion.

The whole scam he runs is to sow fear in markets to try and bring on panics so he can profit.

This time, it appears to have failed. It worked initially with Brexit, though their markets came right back. It’s not clear whether or not he profited from it.

Soros also spent at least $25 million supporting Hillary Clinton. Additionally, he spent some $15 million trying to get Latinos to register to vote. He did successfully get Joe Arpaio out of office for the cost of $2 million, but otherwise he seems to have lost a ton of money trying to destroy our country and take down Trump.

While he’s likely to die soon and pass his billions to his son Alex, last I heard Alex was paying PR firms to boost his public image with crap like this.

Bearer of the sacrificial poodle! #pumpkin