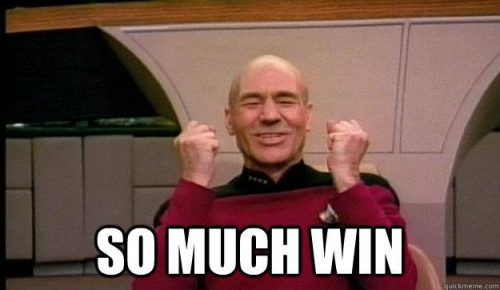 A bunch of celebrities have been whining and crying and having tantrums because their girl Hillary lost the election to Donald Trump.

And after a 2005 tape of Trump talking about groping and, er, grabbing women by a certain body part was exposed, liberal Hollywood preached to us about how depraved the president-elect is.

Variety held a Power of Women luncheon in Hollywood, where liberal celebrity-types complained about how terrifying Trump is. Actress Rachel Bloom shared her thoughts about him with USA Today:

“Trump has always been a monster,” she said. “I think people like him because he reminds them of their racist, misogynist uncle. And so I’m not shocked that Trump gropes women. Of course he gropes women.”

She added: “What I’m surprised at is the more progress we seem to make on one end, talking about rape culture and looking at female issues and race …(the more) that people dig their heels in the sand even more and become more racist and more misogynist.”

Miley Cyrus was also in attendance, and she called the responsibility of power “terrifying” and lamented the “villainous vibes that surround power and the poor examples of how too many leaders abuse it.”

But *cough* isn’t Cyrus just a wee bit of a hypocrite? Remember her super raunchy MTV Video Music Awards performance in 2013, during which she simulated sex acts onstage with Robin Thicke? Twerking, sticking her tongue out at everything and everyone, crotch-grabbing, and prancing around nearly naked are business as usual for her. I guess she learned a lot of tricks from her gal-pal Madonna, who offered oral sex to anyone who voted for Hillary.

In 2014, Cyrus simulated giving oral sex to a backup dancer dressed up like Bill Clinton during a show on her Bangerz tour.

Cyrus bragged about voting for Hillary Clinton. Does she know that Bill Clinton has been accused of sexual misconduct and rape by a long list of women? I wonder if she knows that Slick Willie took at least 26 trips on the “Lolita Express” with billionaire registered sex offender pedophile Jeffrey Epstein. Is Cyrus aware that when Hillary was a lawyer, she defended a child rapist in court?

On November 8, Cyrus bragged about voting for Hillary on Twitter.

Actor James Woods, who is not one to hold back when it comes to sharing his thoughts on current events and politics on Twitter, took the opportunity to point out her hypocrisy:

Sometimes it's important to see things from different perspectives. I respect the opinion of those I admire, but with whom I may disagree… pic.twitter.com/WoQBfw9r8F

Others Tweeted in agreement…