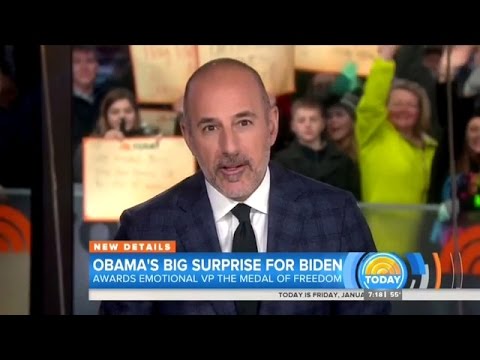 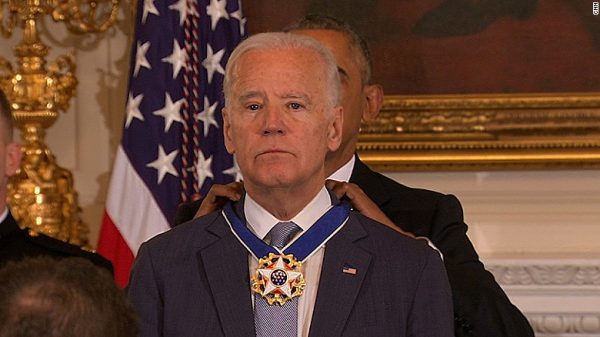 Watching Obama award his BFF Joe Biden with the Presidential Medal of Freedom caused NBC’s Matt Lauer to “weep” and “burst out crying.”

Following a gushing report on Friday’s NBC Today about President Obama awarding Vice President Joe Biden with the Presidential Medal of Freedom, co-host Matt Lauer revealed that he was overtaken by emotion while watching the White House ceremony on Thursday: “So I’m glad there were no cameras in my apartment yesterday because I was just sitting there weeping….I just burst out crying when I saw that moment. It was incredible.”

Introducing the three-minute segment, Lauer proclaimed: “…there was something special in Washington yesterday. It’s getting a lot of attention. President Obama surprising his vice president, Joe Biden, with the Presidential Medal of Freedom.” Correspondent Andrea Mitchell followed: “It was extraordinary, Matt….Barack Obama had a parting gift for his vice president, Joe Biden. Also on display, the kind of friendship rarely seen between high-powered politicians here in Washington.”

I burst out laughing.